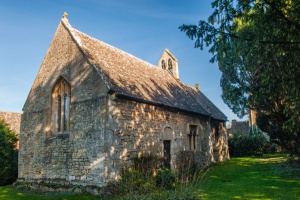 Four ancient hamlets lie along the edge of Langley Hill, near Winchcombe. Of these, Stanley Pontlarge is the most easterly. In the late Saxon period the hamlet, known simply as Stanley, lay within the extended parish of Winchcombe Minster.

After the Norman Conquest, the hamlet passed to Ralph, Earl of Hereford. A descendant of the Earl was Ralph de Sudeley, who in 1140 granted Stanley Pontlarge to his brother. The brother then changed his family name to Tracy.

A papal bull of 1175 confirmed the possessions of Winchcombe Abbey but made no mention of Stanley Pontlarge or Gretton. Around the same time Margery de Sudeley married Roger Little. Her father John de Sudeley gave the new couple all the manors of Stanley as a dowry. It seems likely that St Michael's was built as a personal chapel for Margery and Roger. The Littles probably built the moat which encloses two sides of the church and manor house. 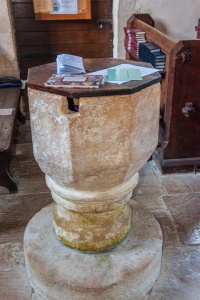 From the 13th century, we see ongoing disputes over whether Winchcombe or Toddington should receive the inhabitants' tithes. Some of the disputes turned violent. In 1310 a new charter was drawn up resolving that the Stanleys belonged to Toddington parish, but by 1368 the Tracy family had granted the estate to the monks of Hailes Abbey.

In 1386 the Abbot appropriated Toddington and the Stanleys for himself, and this record shows the first mention of Stanley Pontlarge by name, though it was called 'Pounde-large'. The term 'pounde' meant an enclosed area of land or water, presumably a reference to the 12th-century moat built by the Littles.

In 1549 the church was suppressed, under the mistaken belief that it was a chapel of ease. The late medieval bells were removed from the church, and the property granted to William Parr, brother of Queen Catherine Parr.

Several features of the church survive from the original 12th-century building, including two beautifully preserved Norman doorways and the chancel arch. The arch is strikingly askew, leaning at a precarious angle to the north. The Norman font also dates to the 12th century but was rather obviously reshaped in the 13th century.

The west end of the church, with its Perpendicular window, dates to the 15th century, as does a small piscina on the south chancel wall. Two bells in the small bellcote at the east end of the nave date to the late 16th or early 17th century.

I came to Stanley Pontlarge on a late February afternoon, when golden sunshine spread like a glow over the tiny church and the few nearby buildings that make up the hamlet. The aura of peace and antiquity was palpable.

The great appeal of St Michael's, aside from the secluded country location, are the pair of 12th century doorways and the chancel arch. These are beautifully carved and in a remarkable state of preservation. St Michael's is an absolute treat to visit. 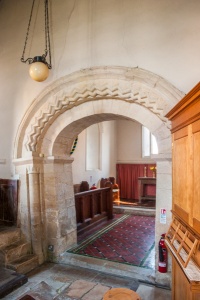 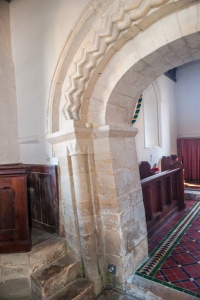 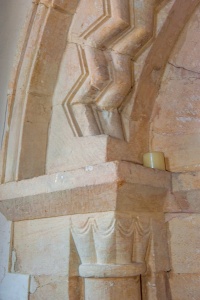 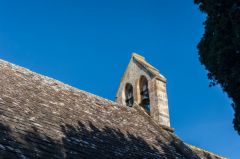 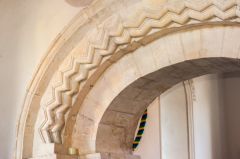 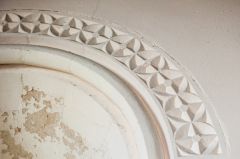 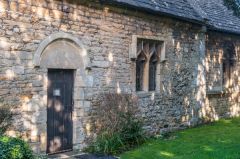 More self catering near Stanley Pontlarge