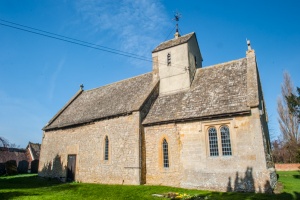 The delightful little church of St Mary was built as a chapel of ease to Beckford in the early years of the 12th century. In 1177 the rector of Beckford assigned his rights to Tewkesbury Abbey, and it seems likely that a monk from Tewkesbury led the services throughout most of the medieval period.

Most of the very simple current church is 12th century. It is built of rubble under a roof of Cotswold stone and consists of just a nave, chancel, and small timber bell turret. Original Norman features include both north and south doorways, the chancel opening, and a narrow lancet in the north nave wall.

The north doorway is quite simple, with a plain, rounded arch. There is a similar arch over the south doorway on the interior, but the exterior has a very unusual lintel with carved panels, set in a semi-circle like a traditional tympanum. The carving shows a Maltese cross surrounded by roses and stars. 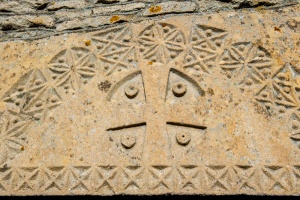 The Chancel Arch and Squints

The opening leading to the chancel has a semi-circular arch, and on either side are 14th-century squints. Usually, squints are plain, simple rectangular openings, but in this case, the openings are squared off on the chancel side but on the nave side they have trefoiled heads, which is quite unusual. The northern squint has been blocked below to create an aumbry, or cupboard opening.

The chance was completely rebuilt in 1642 by James Cartwright. A plaque commemorating the rebuilding can be seen above the east window n the exterior. When the chancel was rebuilt the 15th century font was placed in a very odd position at the entrance to the chancel. The font is octagonal, with quatrefoil panels.

The nave walls show fragments of medieval wall paintings. Directly opposite the south entrance is a fragment of a 14th century figure of St Christopher. St Christopher is the patron saint of travellers, so was usually painted opposite the main church entrance where he could be seen by those entering and leaving the church on their journeys. Later 15th-century patterns in red paint can be seen in several places throughout the nave, especially near the south doorway and in window splays. 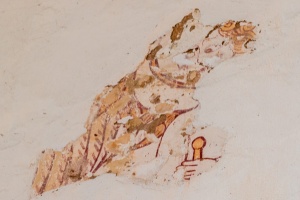 There is a royal coat of arms painted on canvas. Though the arms are inscribed to George IV, the actual arms are those of 1801-1816, suggesting that an earlier George III coat of arms was altered when the new king came to the throne. The 18th century reading desk and pulpit are quite plainly carved, unlike earier Jacobean examples which usually have elaborately carved panels.

The church was locked when I visited, but there were three keyholders listed. The first was not at home, but the resident of the manor house was at home, and was extremely helpful and friendly. She was very obviously quite proud of her parish church, and after visiting, I can understand why.

St Mary's was highlighted by Simon Jenkins in his popular book, England's Thousand Best Churches, and it is easy to see why Mr Jenkins was impressed. The church is small, and not architecturally overwhelming, but it is a wonderful example of an English country church, full of fascinating detail and unusual features.

For me, the most interesting part of the church was the chancel with its odd timber-framed and the font plumped dead centre in front of the altar. Combine that with the unusual decorated squint openings and the vestiges of wall paintings and you have a church full of interest. The setting is simply wonderful, with timber-framed cottages opposite and just down the lane, and the attractive manor house next door. 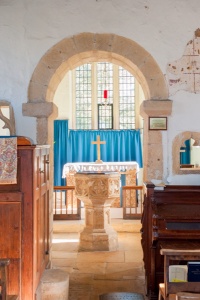 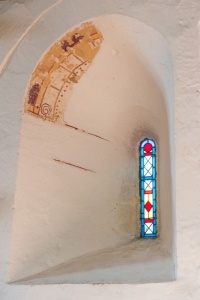 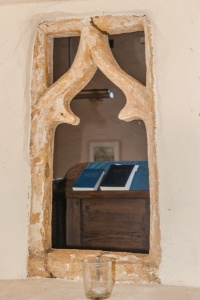 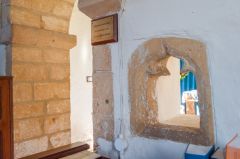 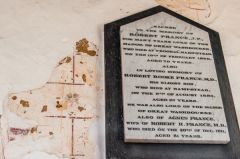 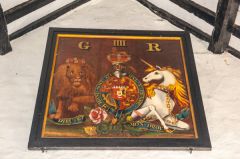 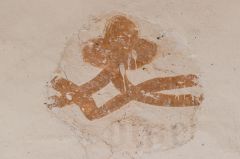 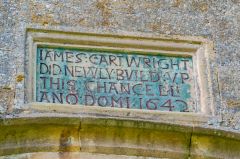 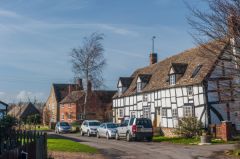 More self catering near Great Washbourne