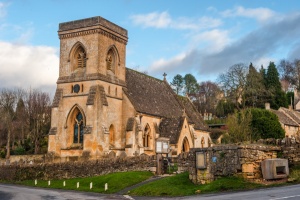 In a pretty village where most of the Cotswold stone cottages are hundreds of years old - at least - St Barnabas blends in remarkably well, as if it has grown organically from the hill that gives the village its name. Yet St Barnabas is not ancient, as a cursory examination will quickly reveal; it is entirely Victorian, the work of an unknown architect in 1864.

The Victorian church replaced an earlier building about which almost nothing is known. We do know that for most of the village's history Snowshill was linked to nearby Stanton. In the early 9th century King Kenulph of Mercia granted the manor, tithes, and chaplaincy of Snowshill to Winchcombe Abbey, so it is certainly possible there was a church, or at least a chapel, here at that time.

There is a recorded reference to a 'Chapel of Snaweshull' in 1290, but records of tithes go back even further, to 1183. Winchcombe Abbey owned Snowshill until the Abbey was dissolved in 1539. 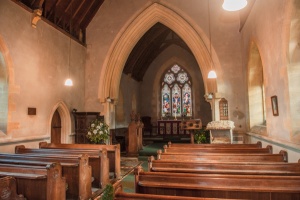 We know so little about the medieval church; we do not even know what its dedication was. The earliest description comes from 1712, when Sir Robert atkins, a Gloucestershire historian, recordedd that 'the church is small and hath a Towere at the West and adorned with battlements and pinnacles'. Not terribly helpful as the same description could easily apply to most medieval parish churches!

We are on firmer ground when it comes to the Victorian building we see today, though it does seem odd that we don't know who designed or built it. The total cost was £1700. The original plans called for a spire, but funds ran short and the tower was capped with a pointed roof. This roof was removed in 1958 for safety's sake. The act that there was a spire planned might explain why the tower lacks ornamental crenellations.

Almost all the interior is Victorian, but there are three historic highlights worth mentioning. One of these is hidden from normal view; a bell, cast around 1350-1380 in Bristol. It is inscribed with the phrase '+ in the name on Trinity Gillis Belle Men Calle Me'. 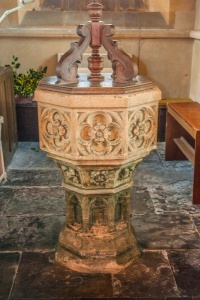 The second historic feature is obvious as soon as you enter the church. at the west end of the nave is a beautifully carved octagonal; font, dated to the late 15th century. Each face of the bowl is carved with a lovely Tudor rose, with similar carved panels on the underside of the bowl and blind arcading at the base of the central shaft.

The third historic feature is the pulpit, with beautifully carved oak panels. Like so many wooden pulpits in country churches, this one dates to the 17th century and is carved with intricate attention to detail. 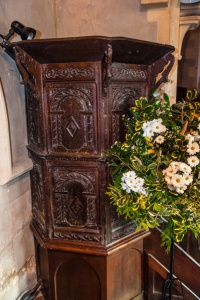 There are not many monuments in the church, but it is worth noticing the wonderfully rich Victorian glass that graces the windows in the nave and chancel.

Almost every window is dedicated to a member of the Marshall family, who must have had a fair bit of cash on hand, for the glass is quite beautiful in that stylised and sentimental Victorian way. The east window was inserted when the church was built in 1864 and is by the Ward and Hughes Company.

Outside the porch, just east of the entrance is a 17th-century chest tomb. At the east end of the chancel, where the path turns around the end of the church, is another couple of chest tombs, including one with a double-width. The inscription is worn, but there is a very clear date of 1618 on the base.

I've popped into the church on at least three occasions, and it has always been open. I wouldn't call St Barnabas exceptional in a historic sense, but there are certainly interesting historic features, and I found the Victorian glass surprisingly appealing.

The church is set in a marvellous location, looking out across the Cotswold Hills, in a gorgeous village. It is worth taking a moment to explore the church, especially if you are already visiting Snowshill to the see the National Trust's Snowshill Manor. 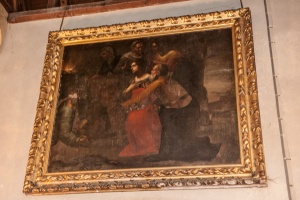 Victorian painting over the south door 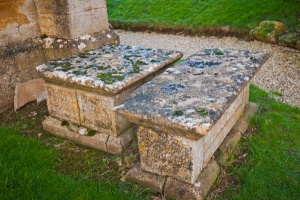 Chest tombs outside the chancel 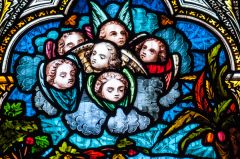 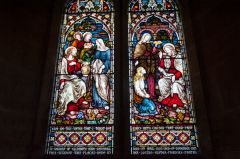 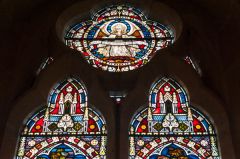 More self catering near Snowshill

More bed and breakfasts near Snowshill

Self Catering near Snowshill