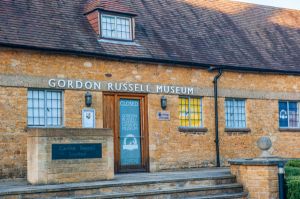 Sir (Sydney) Gordon Russell (1892-1980) came to the Cotswold town of Broadway in 1904 when his father was hired to be run the Lygon Arms Hotel. The location proved to be the spark that ignited the young Sydney's artistic fire, for the area was the gathering place of the Arts and Crafts group called the Guild of Handicraft. The group, made up of metalworkers, enamelers, furniture makers, and printers, inspired Russell's interest in craftsmanship.

After military service in WWI, where he was awarded a Military Cross, he launched a career in designing and making furniture. His first big break came in 1925 when he won a Gold Medal at the Paris Exhibition for a cabinet made of exotic woods.

Though Russell designed high-quality furniture, he also had a hand in creating some of Britain's best known inexpensive furniture. During WWII he headed up the Utility Furniture Design Panel and helped launch a range of carefully rationed 'utility furniture', making the most efficient use of scarce timber supplies. Though the new furniture was meant to be reasonably attractive, its simplified style was unpopular after the war, and the Panel was closed when rationing ended in 1952.

Russell went on to head the Council of Industrial Design and the Crafts Council, and kept producing high-quality handmade furniture in his Broadway workshops. He created chairs for Coventry Cathedral when it was rebuilt after wartime damage. In 1955 Russell was awarded a knighthood for services to design.

For over 60 years he produced fine furniture ranging from this attractive Cotswold stone building. The workshop now showcases examples of his best work.

Perhaps the best-known single piece in the collection is the 'Lloyd George' chest, designed in 1928 and crafted from a mix of holly and Honduras mahogany. Then there is the Northleach Box Mirror, designed in 1928 from laburnum and walnut, and the Paris Cabinet that won the Gold Medal in 1925.

See an example of the 'Coventry Chair' designed for the rebuilt cathedral, and a fascinating group of Murphy radio cabinets spanning over 2 decades from 1930 to 1952. Not all of Russell's furniture is made of wood; there is a special exhibit of metal furniture on the first floor.

The museum shows how furniture style moved from Arts and Crafts through 1930s Modernism, through the functional Utility Furniture, to luxurious Post-Modernism. There is a large archive of original design drawings, catalogues, and notebooks, plus a reference library used by the Russell firm.

One of the things that is instantly apparent at the museum is the superb craftsmanship of the furniture on display. The mix of exotic woods seem to glow, and the quality of work is utterly compelling. Here's a slice of social history, and a piece of modern heritage that should be treasured.

The museum is located just off the High Street in Broadway, a very short walk from the market cross. 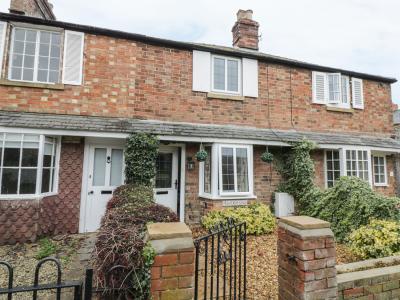 This mid-terrace cottage rests in the Cotswolds village of Broadway, sleeping up to four people in two bedrooms.
Sleeps 4 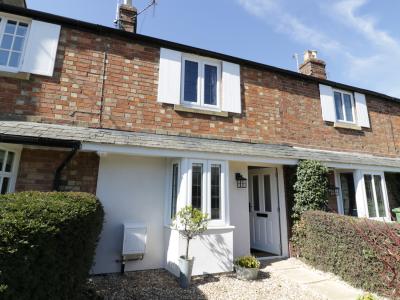 This terraced cottage is situated in the charming village of Broadway in the Cotswolds and can sleep four people in two bedrooms.
Sleeps 4