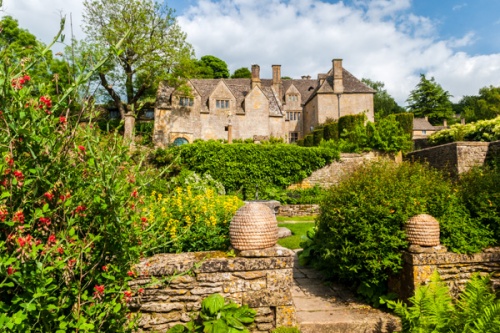 Snowshill is a typically charming Cotswold manor, built in the Tudor period, but based on an even earlier medieval monastery. The manor now boasts a Georgian front on one side of the exterior.

The appeal of Snowshill is not in the architecture but the interior furnishings. Within the house is a maze of rooms crammed full of the decidedly eclectic (and eccentric) collections of Charles Paget Wade, who rebuilt the ruined manor beginning in 1919.

Wade spent a lifetime acquiring items of the highest workmanship and design quality from around the world, in accord with his Arts and Crafts Movement philosophy of the value of the individual artisan. 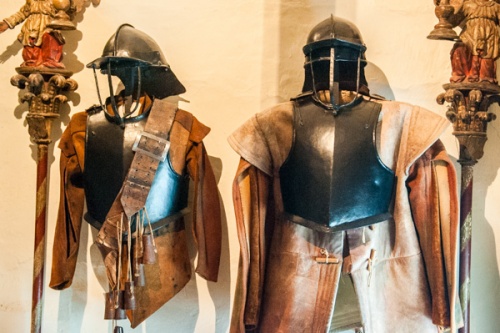 Japanese armour on the stairwell

Several guests have reported seeing a ghost at Snowshill. The spectre is that of a monk, presumably one who lived here when the house served as part of a monastery before the Reformation.

It is almost impossible to categorize the collection at Snowshill. Cheek by jowl are bicycles, clocks, toys, musical instruments, masks, spinning wheels, weaving and spinning tools, Japanese armour, and on and on. All items are examples of the finest craftsmanship.

In addition, there is a very enjoyable Arts and Crafts style garden composed of distinct garden rooms with an emphasis on blue and purple colours in the planting. This emphasis is accentuated by the number of garden ornaments painted "Wade blue" to accent the plantings.

Mr Wade did not live in the house himself, preferring the peculiar cottage in the garden. One story goes that he took refuge in the cottage after being unnerved by the ghostly monk in the main house. Of course, it could also be the case that the house was simply too full of his collections to allow for habitation.

The most unusual feature of the cottage is the galleried bedroom, which can only be reached by an outside stair. 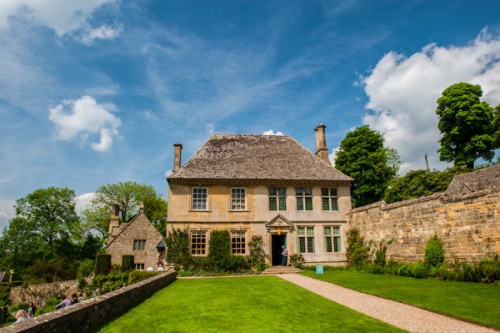 One note for people considering a visit to Snowshill; the manor is reached by a 10-minute walk along a path with undulations. A buggy is available for those who require assistance with the path. Snowshill is now administered by the National Trust.

We've visited Snowshill on several occasions, and it is one of our family's favourite Cotswold day's out. The house is an absolute delight. You could return here again and again and find something new and remarkable to exclaim over.

The house is such a rambling jumble of deliciously odd, unusual, and thought-provoking objects. You will find yourself constantly asking the volunteer room stewards questions like 'what on earth is THAT!', or 'where did that come from?". 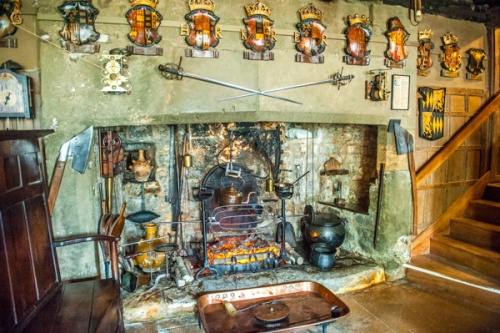 If the collections amassed by Charles Wade were all that Snowshill had to offer, it would be worth a considerable trip to visit. But there is much more; the peculiar cottage where Wade lived is wonderful and quirky, and the gardens are an absolute delight, with hidden corners and gorgeous colour in the Spring and Summer months.

There is a small model village, built by Wade himself, set beside a pool in the gardens, and gravelled paths leading to a small orchard. From everywhere in the gardens, you catch tantalising glimpses of the Cotswold scenery, across green fields to nearby hills.

If you have the time, take a few minutes to stroll around the village, with its lovely honey-toned cottages, traditional pub, and church set on a large triangular green. Snowshill - manor and village - is an example of the Cotswolds at its best.

Location
Snowshill, three miles south of Broadway, Worcestershire, off the A44. 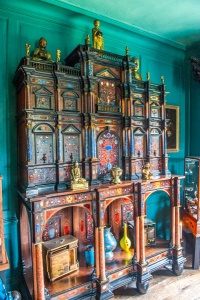 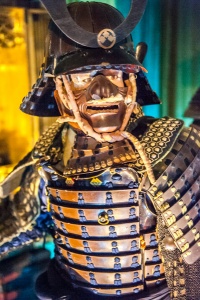 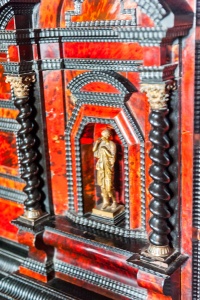 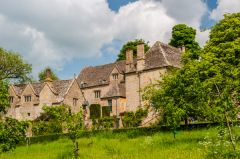 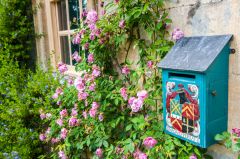 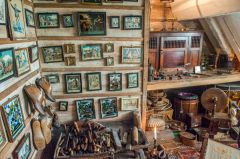 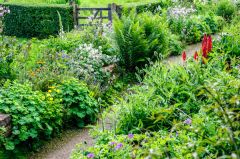 More self catering near Snowshill Manor