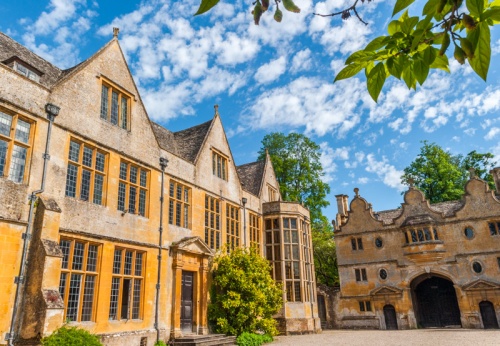 Stanway House was built around 1580 on the ruins of an earlier Tudor house. But the history of Stanway goes back still earlier; the Abbey of Tewkesbury owned the manor from the year 715AD. The abbey sold the manor to Richard Tracy in 1533 and was three generations of the Tracy family who created the wonderful manor house we can visit today.

Paul Tracy, Richard's son, began the house in 1580, and the fabulous gateway was created by Paul's son, Sir Richard Tracy, in 1630. Within the house are period furnishings, including a Charles I shuffleboard table which was made for Stanway House.

Stanway is very much a lived-in house, rather than a showpiece, and exudes country charm. 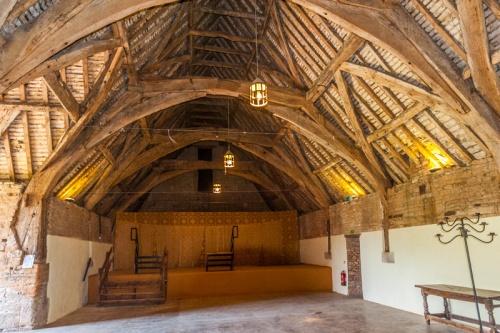 The gatehouse is the architectural gem of Stanway House; the triple gabled Jacobean structure stands at right angles to the house, perhaps because the proximity of the church did not allow space for a more traditional approach to the house. The house is built in an L pattern, with a fine great hall.

Stanway House has been called the perfect Cotswold manor house, but it is the garden that will draw most visitors to this quiet Cotswold village. The restored baroque water garden has some unusual features that make it well worth the visit to Stanway.

Perhaps the most striking of these is the pyramid folly, built in 1750 by Robert Tracy in memory of his father, John. In addition, a grand canal gives way to a fountain which jets water up to 300 feet high.

Further water features include a cascade, which, at the time of its building, was twice the length of the famous cascade at Chatsworth House. A series of paths link hedged enclosures, creating little garden rooms. Within the grounds stands a medieval cruck-framed tithe barn, built in 1370 for Tewkesbury Abbey. The thatched cricket pavilion in the grounds was donated by JM Barrie, author of Peter Pan. 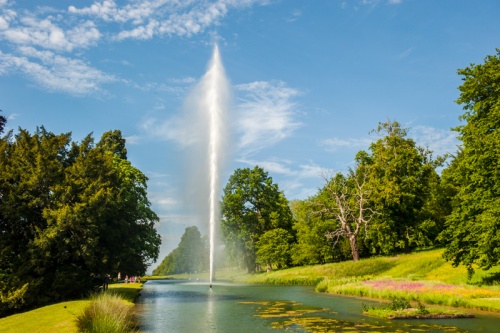 The centrepiece of the gardens at Stanway House is the glorious water fountain, now thought to be the highest gravity fed fountain in the world. The fountain raises a spout of water over 300 feet high, and stands in the centre of a long canal, set on a terrace overlooking the manor house. The fountain is not an original feature of the Stanway water gardens; it was added in 2004.

The water fountain at Stanway is fed by a 100,000 gallon reservoir situated 500 feet above the fountain canal. The water flows through 2 kilometres of 12 inch diameter pipe and exits through a 2 inch diameter nozzle to form the amazing water spout.

There is more to the water gardens at Stanway than just the fountain. The original gardens were created around 1720 by Charles Bridgman for John Tracy. at that time Bridgman was the head gardener for Lord Cobham at Stowe House in Buckinghamshire, and was later to become Royal Gardener. Bridgman created the canal in which the fountain stands, and the Cascade, which is the largest in England.

The Cascade is fed by water from a pond located behind a folly known as The Pyramid. A further large pond is located near the medieval tithe barn at the entrance to the grounds. Arranged around the large lawns that make up the rest of the garden are specimen trees and attractive herbaceous borders. 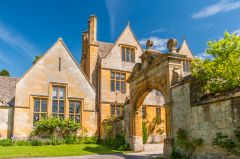 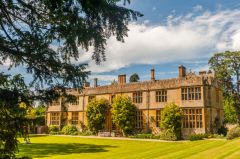 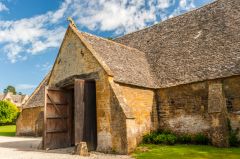