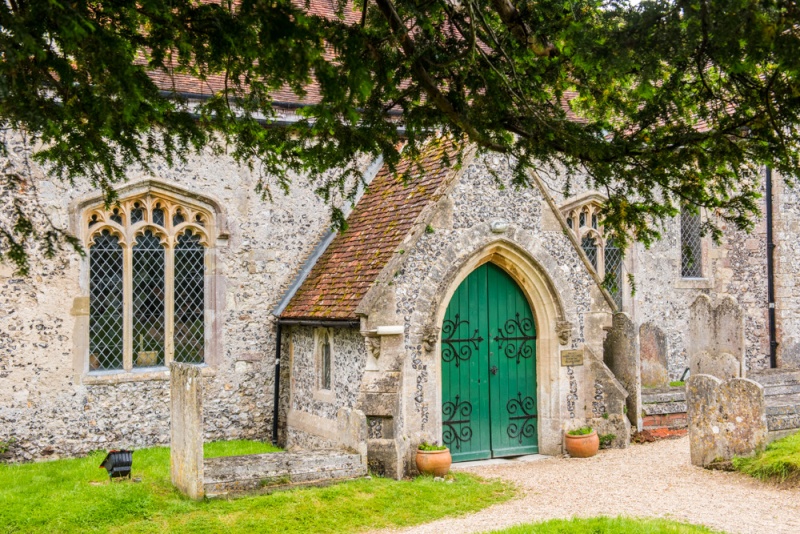 All Saints church in the Hampshire village of Barton Stacey may stand on one of the oldest sites of continuous Christian worship in England. We do not know exactly when the first church was built, but it must have been well before the 10th century. That Saxon church was dedicated to St Victor, a 5th-century African bishop.

The only relic of the Saxon church is an altar stone in the south transept, discovered during building works in 1900.

After the Norman Conquest, the church was granted to the de Piste family. They, in turn, granted it to Llanthony Abbey in 1136. The abbey established a retreat for monks in Gloucester, known as Llanthony Secunda Abbey, and the connection with Gloucester lasted throughout the medieval period.

Set into the churchyard wall is the base of a medieval churchyard cross, thought to have come from the abbey. After the Dissolution of the Monasteries, the advowson was granted to the Dean and Chapter of Winchester, who hold it to this day.

The church was rebuilt in the 12th century in Transitional style. The only remnants of the 12th century building are a pair of columns at the west end of the nave. If you look closely you can see that one of the columns is out of alignment due to a shifting foundation of chalk and earth.

Another rebuilding in Early English style took place in the middle of the 13th century. The apse was lengthened and transepts added. Unusually, the transepts were built east of the chancel arch. An embattled tower was added around 1510 to give us the building we see today.

The tower is in a style common to Gloucestershire, another sign of the close ties to Llanthony Secunda Abbey in Gloucester. Carved decoration on the tower suggests that stone fragments may have been reused from the original Norman church. 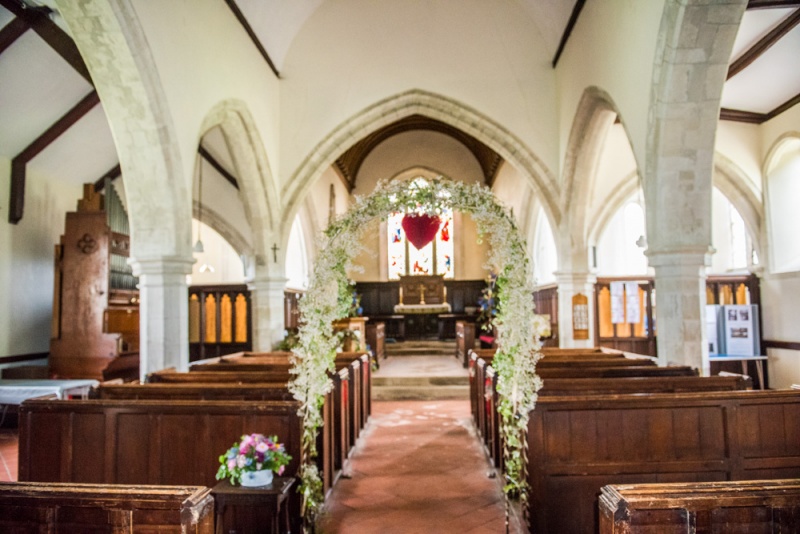 One of the most fascinating pieces of history linked to Barton Stacey church revolves around Rev. Stephen Bachiler, who served as vicar of Wherwell church from 1587 until 1605, when he was ejected from the living for his non-conformist views. From 1614-1631 he lived in Newton Stacey, where he continued to preach unofficially, and gathered adherents amongst the local population. Bachiler was stridently vocal against the role of bishops in the Church, famously declaring 'The sun rises equally over all'.

In 1632 trouble broke out between Bachiler and Sir Robert Paine, lord of the manor at Barton Stacey. Paine was the Sheriff of Hampshire and Churchwarden of Barton Stacey. The church was in poor repair, and Paine proposed to repair the chancel and add a much-needed buttress to the south wall, all at his own expense. Bachiler objected to the work, and led an angry mob of villagers who stopped construction. He then led the mob on to Newton Stacey and destroyed the chapel. It was never rebuilt.

In 1632 Bachiler set sail for the American colonies. He pastored several congregations and always seemed to court controversy. In 1639 he founded the town of Hampton, probably named after Southampton. In Hampton he established the First Congregational Church, one of the oldest Christian sites in America, which is still active today.

Bachiler married for the fourth time to Mary Beedle, a woman half his age. She was described by a contemporary as 'leading a more than normal venturesome life'. In 1651 Mary was convicted of adultery. Bachiler petitioned for a divorce but was refused by the Massachusetts courts.

Now in his nineties, Bachiler left the American colonies and returned to England in 1653. He died in 1656 in London. His descendants include Sir Winston Churchill and two US Presidents; Gerald Ford and Richard Nixon. The eventful life of this controversial man is recalled with a pair of flags, one British and one American, set into a medieval alcove beneath a carved canopy. 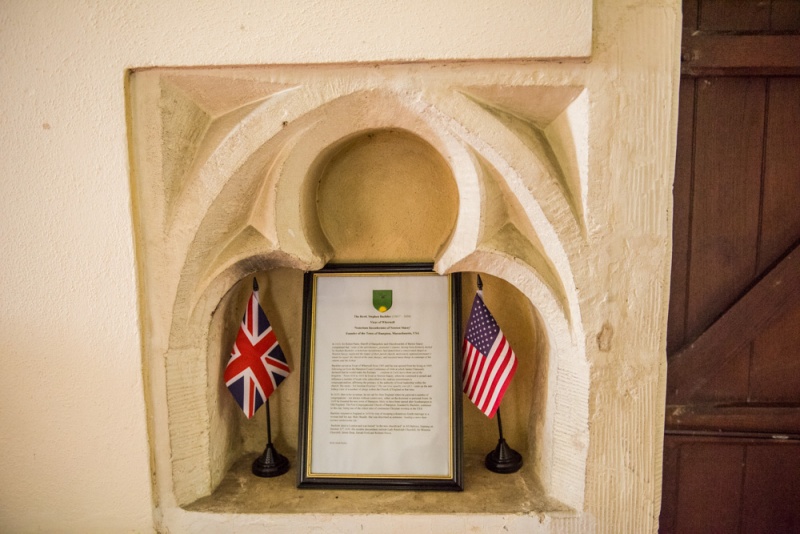 In 1792 a fire swept through the village, destroying most of the thatched cottages. Villagers had to seek shelter in the church.

In the 20th century the church acted as the official garrison church for Barton Stacey Camp. The Royal Engineers were used to make needed repairs in 1971. During their work, the engineers unearthed 6 stone coffins in a vault under the north aisle.

The coffins appeared to date to the 17th century, possibly to the Civil War period. One of the coffins was found to hold the headless skeleton of a man. Could he have been killed during the Civil War?

Of the interior furnishings the altar table deserves attention; it is 17th century in Flemish style, carved with figures of Faith, Hope, and Charity. There are beautifully preserved medieval tiles in the sanctuary.

The font is 12th century, carved from Purbeck marble. You can still see evidence of the leather hinge and clasp used to seal the font cover. The present cover is made from a 15th-century screen removed from Longparish church.

A pair of funeral hatchments hang at the west end of the nave. One is to Sir Henry Wright-Wilson of Cranbourne Manor (d. 1832) and the other is to his wife Francis (d. 1836).

Look for the Latin inscription on the south window just east of the porch. It appears to be 15th century, and commemorates the burial of John Pann, or Paull. The churchyard also contains some very good 18th-century table tombs. 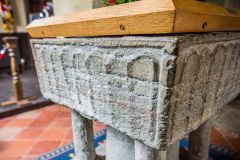 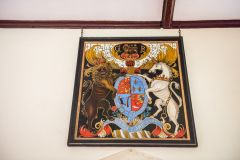 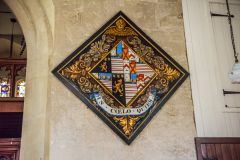 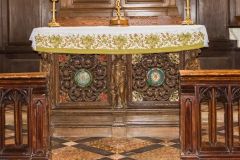 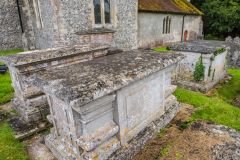 More self catering near Barton Stacey