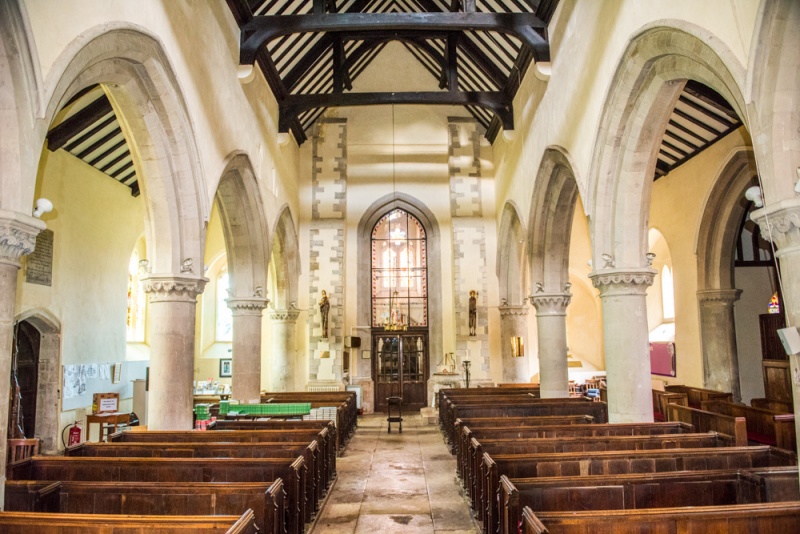 The village of Longparish stretches out along the B3048. It is, as the name suggests, a long, linear village. Curiously, the name Longparish was not used until the 16th century. Until then the parish was called Middleton, but now that name is used for just one hamlet, which is where the church of St Nicholas stands.

The first church at Longparish (Middleton) was built in the 1170s, and the core of the present building is still 12th century. The striking west tower was added in the early 16th century using stone from Wherwell Abbey after it was suppressed by Henry VIII. You can make out which stones were carved for the abbey and then reused.

The abbey owned the church and manor at Longparish from before the Norman Conquest until the Dissolution of the Monasteries. After that, it was granted to Thomas West, Lord De La Warr, whose family held it until 1695.

Restoration in the Victorian period swept away many medieval features, including all the old windows. One Norman feature that did survive is the south doorway, dating from around 1200. The end walls of both north and south aisles have early 13th-century windows, and there is a 12th-century priest's door set into the south wall of the chancel.

The chancel arch is also 12th century, as is a very finely carved pillar piscina in the chancel. 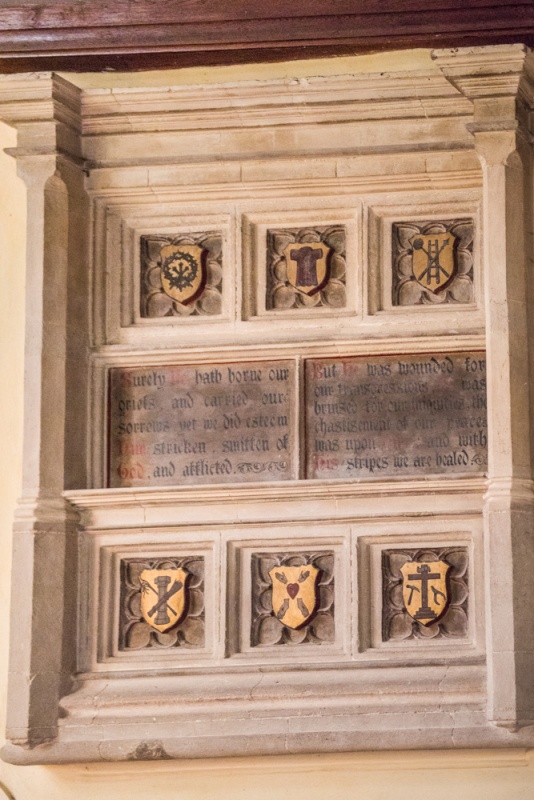 The most intriguing - and mysterious - interior feature is a monument set against the south chancel wall. It resembles a medieval Easter Sepulchre, but it is on the wrong side of the chancel for this purpose. It may have been built on the north side and later moved to its present position to make space for the Victorian vestry.

It is a hard monument to date, but the style is 16th century, with a mix of Gothic and later Renaissance styles. It boasts 6 panels, each holding a shield bearing symbols of The Passion of Christ. In the centre are two panels of Biblical text in Victorian style.

Look for the hourglass beside the pulpit. It recalls an episode recorded in the church register in 1726 when the Vestry agreed to give the vicar an extra seat on condition that he give 14 afternoon sermons.

The elegant stone font dates to the 18th century. It replaces a 19th-century font removed in 1956. Near the south door is an ornate Victorian Gothic font cover that topped the 19th-century font. The cover was discovered in an outhouse in Upper Mill and returned to the church. 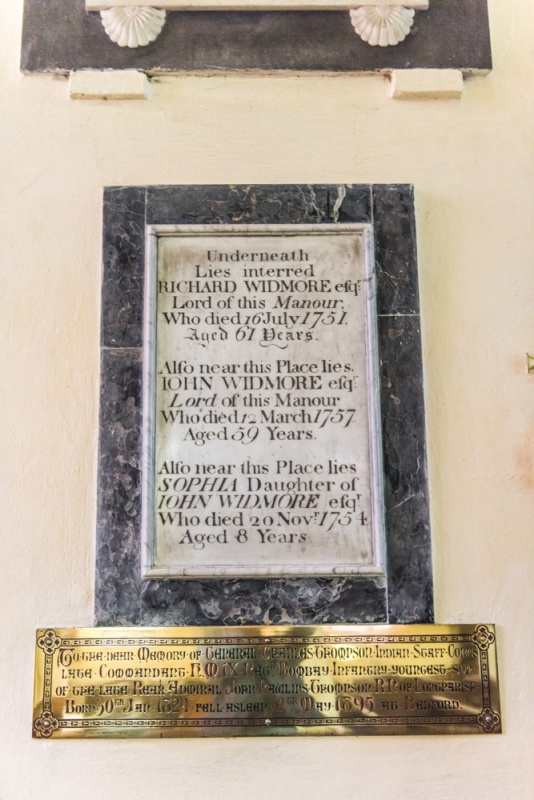 There are several interesting memorials in the church, including tablets commemorating members of the Widmore family. The Widmores held Middleton House from 1698, and were responsible for a charity founded in 1828 to provide blankets for the poor. Behind the altar is a touching memorial to Sophia Widmore, who died at just 8 years of age.

In the south-west corner is a memorial to John Widmore (d. 1757). John Widmore's remains were discovered during restoration work in 1957 and he was given a second burial service 200 years after his first.

There is very good 19th-century glass throughout the church, including windows made by William Morris and the London firm of Clayton and Bell. The east window is based on a design by the Pre-Raphaelite artist Edward Burne-Jones.

The most interesting window is The Aviator's Window, designed in 1968 by Francis Skeat in memory of Major Lanoe George Hawker, VC DSO RFC. Major Hawker was killed in 1916 in a dogfight with the German flying ace 'The Red Baron'. 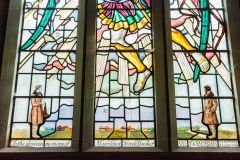 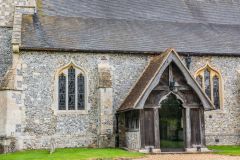 About Longparish
Address: B3048, Longparish, Hampshire, England, SP11 6PB
Attraction Type: Historic Church
Location: Beside the primary school at the western edge of the village, in the hamlet of Middleton. There is a small free parking area just past the school.
Website: Longparish
Location map
OS: SU425439
Photo Credit: David Ross and Britain Express

More self catering near Longparish

More bed and breakfasts near Longparish