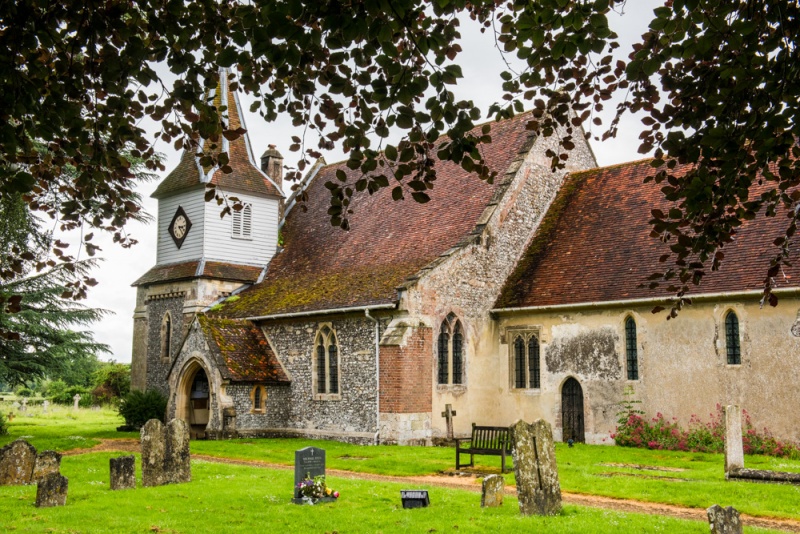 The 12th-century church of St Mary-the-Less stands in the picturesque village of Chilbolton, near the slow-moving River Test. The dedication is something of a mystery, and no-one seems quite sure to which St Mary the church is dedicated.

One possible explanation of the name may lie over 600 years ago, when the parish church of Andover changed its dedication from St Peter to St Mary. That made two St Mary's in the same deanery, and as the more important church Andover took precedence, so Chilbolton became St Mary-the-Less, being the lesser of the two churches.

Another, less likely explanation has to do with the medieval nunnery of Wherwell, across the river. Wherwell was a daughter house of St Mary the Virgin in Bath, so it is possible that the church at Chilbolton became 'the-Less' to distinguish it from the Bath church.

Whatever the explanation, the church and the village have a long and rich history. King Athelstan gave Chilbolton manor to Winchester Priory, and we know that there was a church here at the time of the Domesday Book in 1086. The priors of Winchester hunted at Chilbolton in the medieval period, but after the Dissolution of the Monasteries, the crown seized the estate and granted it to the Dean and Chapter of Winchester Cathedral.

The church retains 12th-century masonry in its nave walls, but the chancel dates to the following century. Aisles were added in the 14th century. A single 12th-century window is set into the south-west wall of the nave. The window is over 15 feet above ground level, suggesting a very early date. 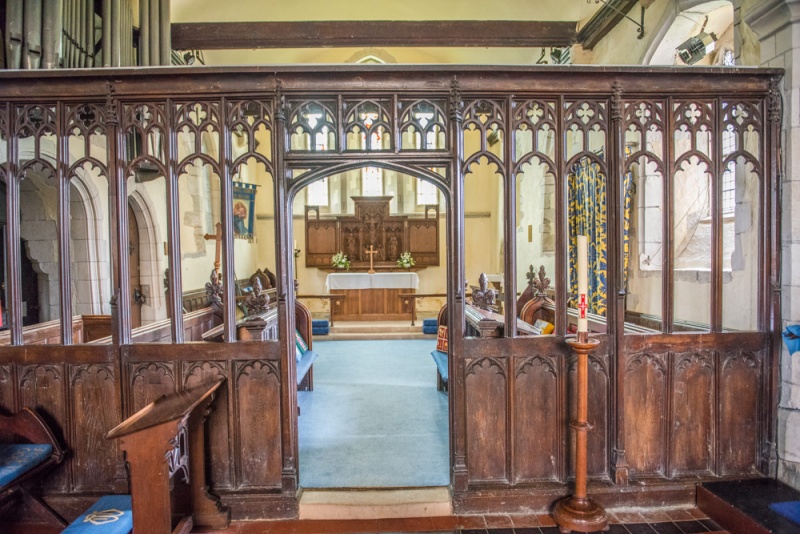 When the church was restored in the Victorian period traces of a 'Doom' or Day of Judgement wall painting were discovered over the chancel arch, but these traces have since been lost.

The chancel is entered through an ornately carved screen, with some 15th-century woodwork. In the chancel, directly east of the screen, are 16th-century seats with linen-panelled fronts. The pulpit dates to the early 17th century.

The font, though it looks medieval, was in fact made in 1891 in Perpendicular style.

Look for a simple plaque to George Robbins, a sailor aboard the HMS Effingham, who died in 1928 and was buried at sea off the west coast of India. The plaque was erected by his shipmates.

The most interesting memorial is a brass to Thomas Tutt on the north wall of the chancel, with a coat of arms above a simple epitaph reading:

'Christ is to me Life, and Deathe
is to me an advantage, for I
Knowe that my redeemer liveth'

Curiously, the date of death is left blank, but the brass is certainly 17th century.

Over the vestry door is an inscription detailing the restoration of the church in 1893. The inscription provides a fascinating glimpse into the process of a Victorian restoration. It reads:

It is interesting to note that the 17th-century window discovered by the restorers was made of wood rather than stone.

St Mary-the-Less is an attractive building, set in a beautiful village. It is well worth a visit, especially if you combine it with walks along the River Test nearby. 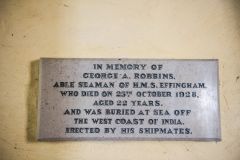 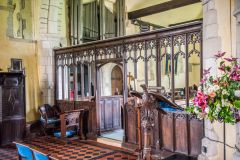 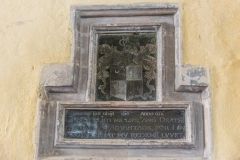 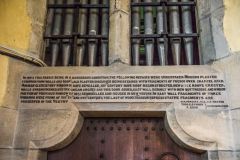 More self catering near Chilbolton

More bed and breakfasts near Chilbolton