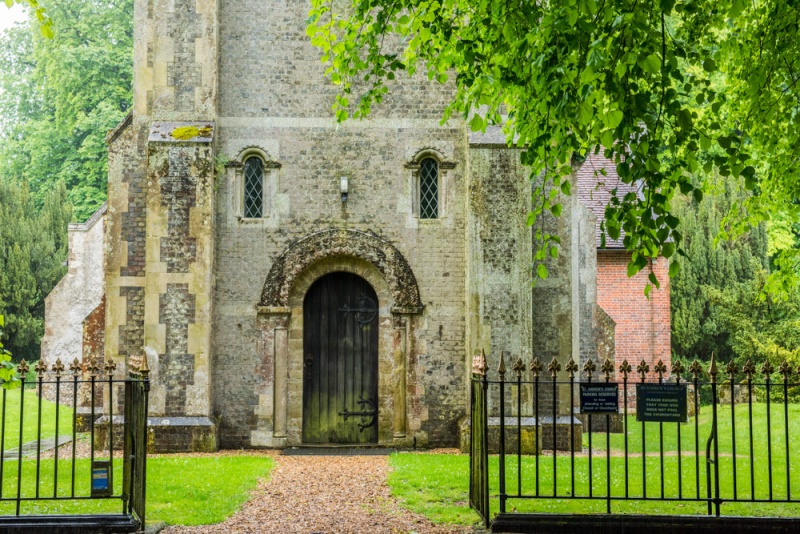 The estate was later granted to the monks of Winchester, and this grant was confirmed by Alfred the Great. The monks complained to Alfred that they could not afford the taxes, and Alfred re-granted the estate at a more lenient rate. He confirmed the grant to Winchester in a special clause in his will.

King Edgar later confused matters by granting Hurstbourne Priors to Abingdon Abbey once again, but Ethelred the Unready returned the estate to Winchester once more. In 1157 Bishop Henry de Blois gave the manor to the Hospital of St Cross in Winchester, but Pope Innocent III returned it to the Cathedral monks, and they retained it until the Dissolution of the Monasteries.

As for the church itself, it dates to the early 12th century and almost certainly stands atop the earlier Saxon building. A north chapel was added to the medieval building in the 16th century. In the 18th century the south transept was built as a chapel for the Portsmouth family, and not surprisingly called The Portsmouth Aisle.

The church was restored in 1870, but retains several interesting medieval features. The tower arch is a reused 12th-century doorway. The north chapel arch is also Norman, and may have been the original chancel arch. The chancel is primarily 13th century, with lancet windows and a priest's door on the south wall.

Set against the north chancel wall is the delightful canopied tomb of Sir Robert Oxenbridge, dating to 1574. It may have been made by Dutch masons from the Janssen company of Southwark, London. Atop the tomb table are effigies of Sir Robert and his wife, the daughter of Thomas Fogge, a Knight at Arms.

Sir Robert served as Constable of the Tower of London during the reigns of Mary I and Elizabeth I. He is shown clad in full armour, resting his head on a helmet. On the tomb base are figures of the couple's 3 sons and 4 daughters. On the south side of the tomb is a later inscription to Robert Oxenbridge (d. 1705) and his wife (d. 1707). 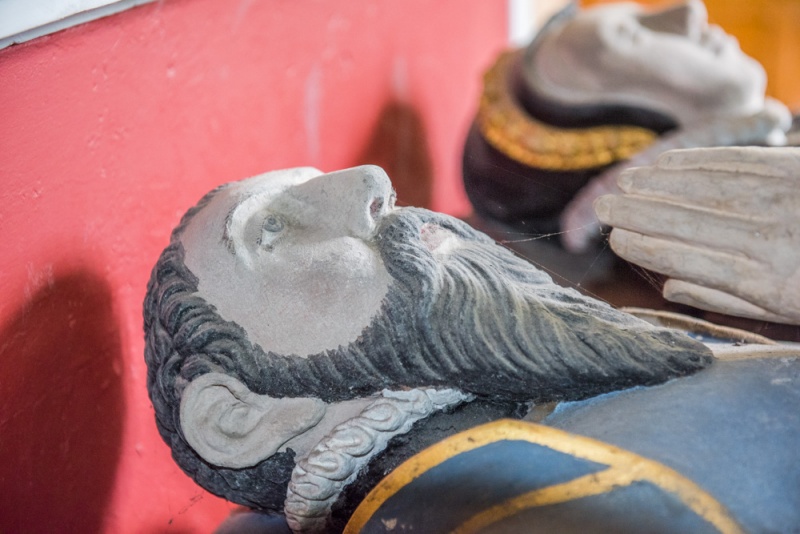 Opposite the tomb, set on the south chancel wall, are a pair of funeral helmets. These are replicas of the pair which were originally on the Oxenbridge Altar Tomb. The originals are now housed in the Royal Armoury in Leeds, Yorkshire.

The font was installed in 2006, and placed on the original 12th-century base. It replaces a Norman font, made of Caen stone, decorated with irregular chevron carvings. That font, unfortunately, deteriorated from the rusted iron straps used to reinforce the bowl.

Look for the eagle lectern, installed in 1918 in memory of the 6th Earl of Portsmouth, who memorial tablet stands on the south side of the chancel arch. The 6th Earl paid for the large organ, made by Sir Hubert Parry. The organ was once played by the composer Jean Sibelius, who came to Hurstbourne Priors to visit the Donner family of Hurstbourne Park. The Earl is also remembered in the stained glass window behind the altar.

In the exterior south transept is wall monument to Mr William Hamblin (d. 1761) a King's Messenger and servant of the Portsmouth family. The use of 'Mr' is quite unusual for the time period. Look for a medieval scratch dial outside the priest's door on the south side of the chancel.

In the churchyard are a pair of ancient trees; a horse chestnut thought to be the second-largest in England. It is about 250 years old, which makes it a comparative youngster next to the nearby yew, thought to be as much as 900 years old. It is said to have been planted by the Normans in place of an earlier Saxon tree.

One interesting note in the fascinating church guide tells us that in 1618 the Revd William Elmes was brought before the Consistory Court on charges of losing the church's Common Prayer Book, leaving his clerk to bury the dead, and not saying service on Sundays or evening prayers.

St Andrew's is a wonderful historic building, full of interest, and well worth a visit. 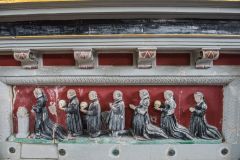 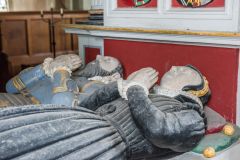 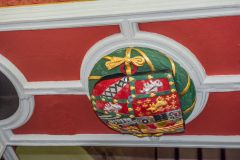 More self catering near Hurstbourne Priors