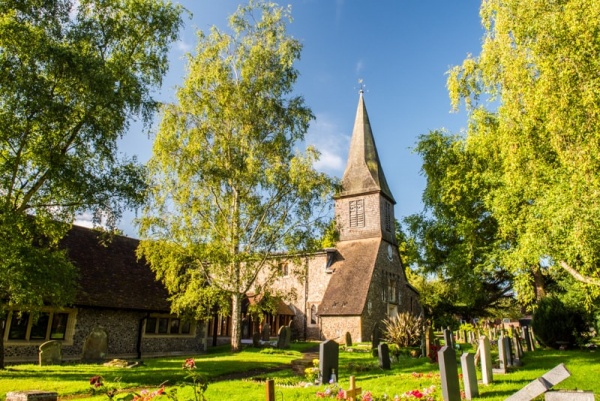 St Albans is blessed with three late Saxon churches. One of these ancient buildings is St Stephens, located on the old Roman road of Watling Street on the southern edge of the city. St Stephens was founded in AD 948 by Ulsinus, the 6th Abbot of St Albans Abbey.

Possibly the only remnant of that Saxon building is a small single lancet window near the modern parish centre, which adjoins the church's west end. The window has been dated to around AD 950.

That early church was a very simple building consisting of two rectangular cells, with no tower, measuring just 38 feet long and 34 feet wide in total.

The Saxon building was enlarged by the Normans in the early 12th century and was consecrated in the presence of Gilbert, Bishop of Limerick from 1106 – 1138. It was enlarged again around 1170 with the addition of a north aisle. A south aisle and lady chapel were built in the 13th century during the rule of Abbot William of Trumpington.

The nave roof was raised in the 15th century with clerestory windows inserted to bring more light into the interior. The chancel was enlarged and the timber framework of the chancel arch built.

Like so many medieval churches St Stephens was in poor condition by the middle of the 19th century. In 1840 decision was made to tear the church down and rebuild it in 'a more populous part of the parish'. Just a month later the decision was reversed and instead a chapel of ease was built on Park Street. The chapel became a full-fledged parish church in 1859 when the parish boundaries were redrawn.

St Stephens was restored in 1860 and as a result, most of the interior furnishings are Victorian. 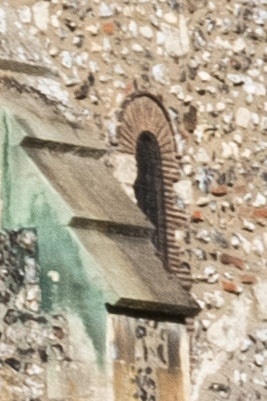 One piece of furnishing that you will not see is the Dunkeld Lectern, an ornate brass reading desk in the form of an eagle with its wings outstretched. The Dunkeld Lectern was given to George Crichton, Abbot of Holyrood Abbey in Edinburgh, on his being named Bishop of Dunkeld in 1522. The Lectern was stolen from Holyrood Abbey by Sir Richard Lee during the English invasion of Scotland in 1544.

The lectern was discovered in the Montagu family vault under the chancel of St Stephen's Church in 1748. Generations of Scottish clergy and academics sought to have the Lectern returned to Scotland without avail, but in 1984 thieves broke into the church and made off with it. It is thought to have been hidden in a grave in the Scottish Highlands for years before going on exhibit at the National Museums of Scotland. Though St Stephens is the legal owner of the lectern efforts are currently underway to negotiate a permanent loan so that the Lectern can stay in Scotland. 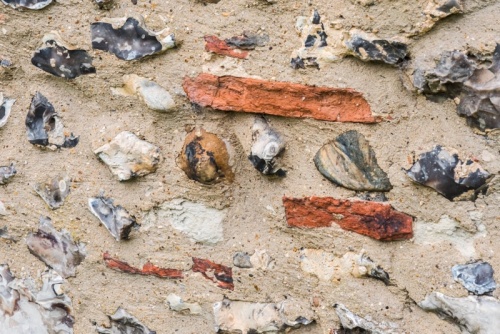 Roman bricks in the church wall

Historically the bells of St Stephens were not rung to summon worshipers to services but were rung only on special occasions. Bell-ringers were hired for these special events and the income helped supplement the low wages of local workmen. Bell-ringing events included the Prince Regent's birthday in 1817 and Bonfire Night that same year.

The bells played a part in one of the strangest events in the church's long history. In 1300 Robert of Winchelsea, the Archbishop of Canterbury, visited St Albans Abbey. The Archbishop expected the bells of St Stephens to ring out as his entourage approached the southern outskirts of St Albans. The bells were silent, and the outraged Archbishop placed the church under an Interdict. The equally outraged Abbot of St Albans said that the church was under his jurisdiction, not the Archbishop's, and the Interdict was ignored.

St Stephens is easy to reach on foot from central St Albans, which is just as well since parking is an issue. The most enjoyable way to reach the church is by following the footpath from Verulamium Park, through the Abbey View Golf Course, to Harry Lane, just a hundred yards from the church. 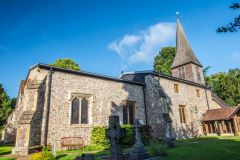 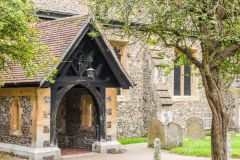 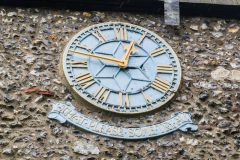 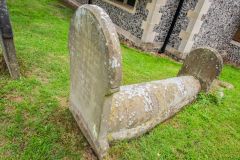 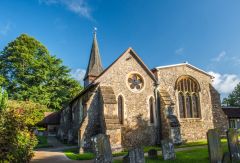