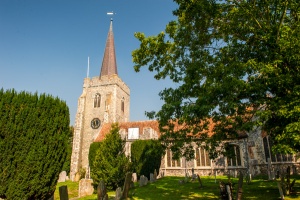 Shortly after 1280AD Archbishop Peckham of Canterbury established a college of priests at Wingham, with a provost and six canons. From 1286 the priests lived in the attractive timber-framed house opposite St Mary's church. The college accounts for the size of the church, which seems enormous considering the present size of Wingham itself.

There was a cruciform church here before the college was established, but that building was remodelled around 1290, leaving us several excellent Geometric Gothic windows. A south porch and tower were added around 1400.

The porch is curious in that there are two stories externally, but internally only one. There are many reminders of the church's past, however; the arch between the south transept and south nave aisle is late Norman, as is a blocked arch on the west wall of the north transept. 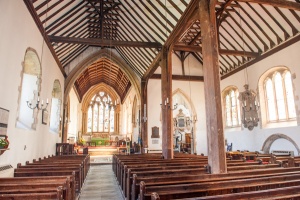 By the early 16th century, the nave was in poor condition. A local brewer named George Ffogarde of Canterbury was granted a license to raise money for its repair. Having a considerable sum of money for church repair, the unscrupulous brewer absconded with the funds, embezzling £224, a huge sum for the time. The missing funds may explain why the nave was rebuilt using cheaper timber posts to support the arcades, rather than more costly stone.

The octagonal timber posts are of chestnut wood, topped by a crown-post timber roof. Sometime before the mid-19th century the timbers were encased in plaster to resemble Doric columns, but thankfully the plaster has been stripped off and we can appreciate the timber!

The nave was rebuilt in the late 16th century, diminishing its footprint and leaving behind some rather odd features, like an external piscina on what was originally the easternmost pier of the nave arcade.

Another odd touch is provided by the north transept, remodelled with wood frames in the Georgian period. I'm not sure I can call to mind another essentially medieval church with wooden-framed windows! 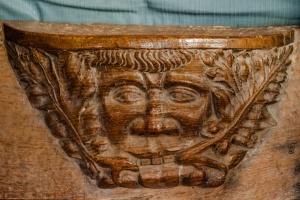 In the chancel is a lovely 14th-century triple-seat sedilia and piscina. The chancel and nave are separated by a 15th-century screen, now truncated, with blank panels which must have once boasted painted figures of saints.

But the real treasure in the chancel is a series of ten 14th century misericords. Six of the misericord carvings are simply decorative, with floral or foliage designs. Two show animals; one appears to be a horse, another a donkey. The final two carvings are the most interesting; one shows a woman in a wimple, the other a Green Man peering out from a screen of foliage.

Behind the altar is a lovely 15th-century reredos, brought here from Troyes in France. The reredos is in two sections, the upper section depicting the Passion of Christ, the lower showing the Last Supper and the Adoration of the Kings. There are small fragments of rather attractive 14th-century grisailles glass in the chancel windows, and near the font are a number of surviving medieval floor tiles. 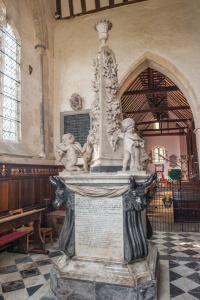 The interior is full of monuments to the Oxenden and Palmer families. The finest of these are to be found in the north transept chapel. On the east wall of the chapel is a memorial to Sir Nicholas Palmer (d. 1624). The memorial was designed by Nicholas Stone and shows effigies of Palmer and his wife under Corinthian columns and an open pediment.

On the north wall is the monument to a later Thomas Palmer (d. 1656) with a bust of the deceased, now somewhat the worse for wear. A tablet to Streynsham Master (d. 1718) is on the south chapel wall, and has a fairly typical pair of skulls at the base of the tablet, wreathed in olive branches.

The most extravagant and eye-catching memorial in the church, however, is to be found in the north transept chapel, which is guarded by ornate wrought-iron screens. In the centre of the chapel is an ebullient obelisk, dated 1682, commemorating the Oxenden family. This free-standing obelisk, possibly designed by Arnold Quellin, is of white stone, with exquisite fruit and flowers cascading down each side, with large black ox heads at each angle of the base.

The base is embellished with four putti (cherubic 'infants'). The effect is quite extraordinary; most people will either love it or hate it (I loved it). Also in the south transept is a wall tablet to Charles Tripp (d. 1624).

Other monuments worth mentioning include a 14th-century tomb recess in the south aisle wall and a number of 15th-century indents in the chancel floor which once contained memorial brasses to canons.

The church is set within a large walled enclosure, dating to the 16th and 17th centuries. Unusually, the churchyard wall has been listed Grade-II by the Department of the Environment for its historical interest. 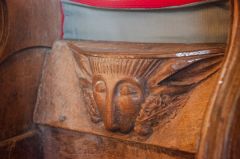 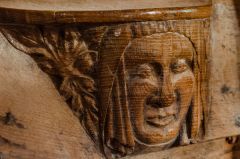 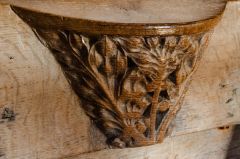 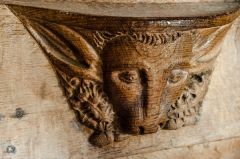 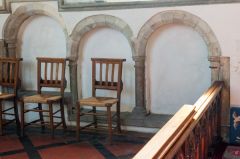 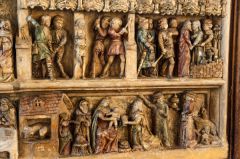 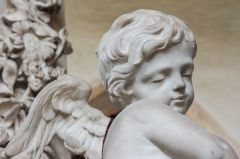 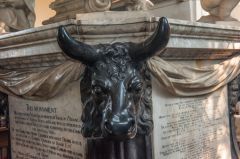 More self catering near Wingham

More bed and breakfasts near Wingham