HERITAGE HIGHLIGHTS:   A pair of 14th-century tombs and effigies 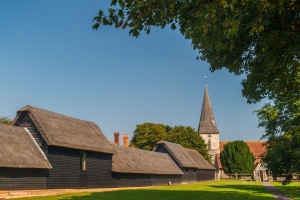 Ickham is a pretty village in an idyllic countryside setting five miles east of Canterbury, on the east bank of the Little Stour. The wide village green is lined with thatched cottages on one side, attached to the Dutch-styled manor house, and a long path leads across the green to the church of St John the Evangelist.

The first thing you notice about the church is the striking broach spire and the fact that the chancel is considerably taller than the nave. Then there's a peculiar sundial set into the south wall of the nave, dated to 1741 and featuring a lovely depiction of a radiant sun. The sun is conspicuously missing inside the church, which is dim and cool, as there are no clerestory windows to shed illumination.

The first written records of Ickham come from AD 781 when King Offa granted the manor of Ickham and well to Christchurch Priory in Canterbury. The monks of Canterbury built a timber church where the west end of the nave now stands. In 1090 the Saxon monastic church was replaced by a much larger flint and stone church in Norman style, stretching from the current west end to the chancel steps.

The church was extended still further over the next 3 centuries, with much of the labour carried out by the monks themselves. You can still see some of the early medieval mason's marks on the walls. At the end of the 12th century, the nave walls were pierced to create arcades, and north and south aisles added. 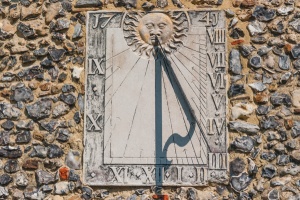 Later still, probably in the mid 14th century, matching north and south transepts were added and the chancel rebuilt with an impressively wide arch. The chancel is offset to one side, a design known as a 'weeping chancel', said to emulate Christ inclining his head to one side on the cross.

In the south wall of the chancel is a deeply recessed priest's door, and a double piscina is set in the wall under a richly decorated arch. Several grave slabs are set in the chancel floor, the oldest dating to 1306. A pair of 15th-century slabs are set beneath the choir stalls, but these are rather hard to see properly.

The 12th-century tower originally had battlements and a small spire, but this was replaced in 1870 with a tall, shingled broach spire. The clock was added at the same time as the spire and was built by the same company that made the clock mechanism for Big Ben in London. At the base of the tower is a well-preserved Norman doorway with simple dog-tooth decorative carvings. 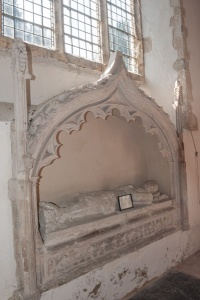 The real historic interest in Ickham's church can be found in the transepts. The south transept, sometimes called the Baye or Baa Transept, is named for the Norman lords of the manor. The transept was created around 1350 and used as a chapel dedicated to St Thomas, a role it still fulfils.

At the south end of the transept, set beneath a large traceried window, is a richly decorated tomb recess containing a tomb chest and effigy of Sir Thomas de Baa (d. 1339). The Baa tomb is quite beautifully decorated, with crocketed finials at each side and humourous faces carved at each terminus of a cusped ogee arch.

The effigy, though worn, shows Sir Thomas in a pious pose, clad in mail. It is worth noting that the Baa transept is rather obscurely shut away behind a curtain so that at first it seems there is no access. It was only after carefully reading the church guide that I realised the transept was indeed open to visitors!

By contrast, the north transept is very obviously accessible, and worth exploring, too! At the end of the transept, making a matching pair with the Baa memorial, is a tomb recess housing the effigy of a 14th-century priest. This is thought to be William de Heghtresbury, rector at Ickham in 1354. Heghtresbury served as Chancellor of Oxford University, where he held the wonderfully-named post of 'Professor of the Sacred Page'. He died in 1372.

It is worth a good look at the effigy; seldom have I seen an effigy that seemed to show so much character. Rather than an idealised representation of the deceased, the Heghtresbury effigy seems to depict the dead man's realistically; this is a face to remember! 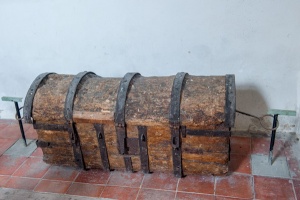 To one side of the tomb niche is a large wooden chest, bound by iron straps. The chest was made for John Denys of Apulton, Sheriff of London in 1360. In 1394 Denys established a chantry at Ickham, with the provision that Masses should be said for himself, his wife Christine, and selected friends, including Thomas de Baa.

The chest was constructed to his exacting measurements and was intended to hold the vestments, chalices, and Altar ornaments used by the chantry priests. The chantry was in existence until 1483 when the endowment proved insufficient to maintain it.

The contents of the chest are long gone, but it is worth noting how important it was to Denys that the chest be kept secure. Each side of the chest has an iron loop at the end of a rod, and each loop passes over the end of a rod rising from the transept floor. This chest was not going anywhere!

This is a very pretty church in a wonderfully attractive village. The setting at the end of the long green, with thatched cottages on one side, is one that will live long in my memory. It is worth taking a moment or two to stroll around the village itself, which is full of attractive period cottages, including several 17th-century brick houses boasting Dutch-style gables. 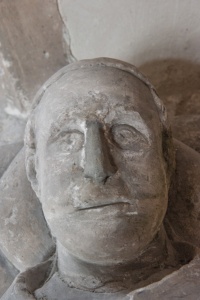 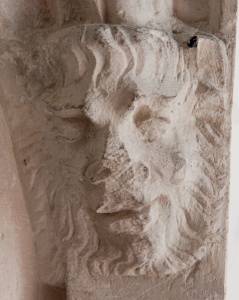 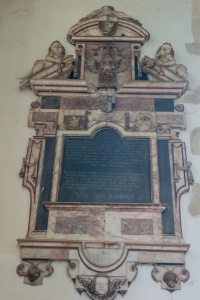 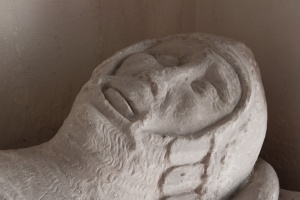 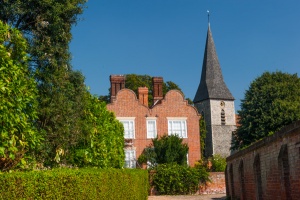 The church and manor

More self catering near Ickham

More bed and breakfasts near Ickham