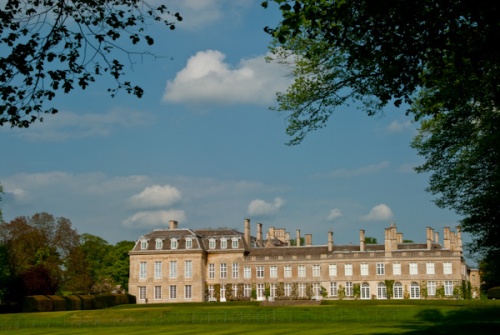 Boughton House revels in the nickname 'The English Versailles'. Begun as a Tudor manor, then rebuilt on a grand scale by the 1st Duke of Montagu to create an elegant mansion in the style of an ornate French palace, and set in a grand landscape laid out with long canals, Boughton is unlike any other English country house.

As you might imagine given that nickname, Boughton House is elegant and richly decorated, with fine collections of furniture, tapestries, art, porcelain, and carpets gracing the interior rooms. Other highlights include an Armoury and a grand ceremonial coach.

There are really two houses at Boughton; the elegant ducal palace, modelled on the continental opulence of Versailles, and the earlier Tudor mansion, very much in the English style. The Elizabethan great hall is still at the heart of the house, though it has been so remodelled as to almost lose touch with the 16th century. 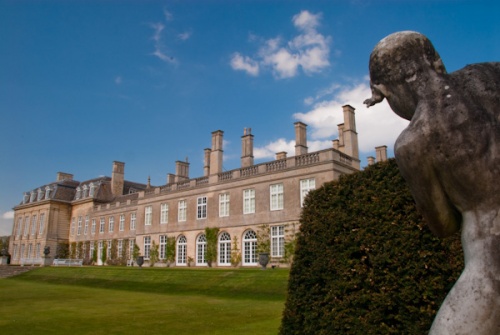 Boughton House was begun around 1500 on the site of a medieval estate owned by the Abbey of St Edmundsbury in Suffolk. The house was extended gradually over the course of the 16th century and well into the 17th, but it was still at its core a Tudor house. The man responsible for transforming the simple Tudor manor into an ornate, palatial residence was Ralph Montagu, later to become the 1st Duke of Montagu.

Ralph was a passionate patron of the arts and architecture, who had a vision of bringing the elegance of French style and ideas about beauty to English society. When we see the grandeur that endures today it is startling to realize that Montagu's original plans were never completed. His refurbishing of the west and south fronts never took place. 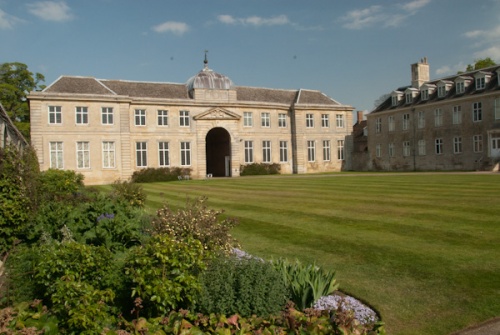 Though he may have been a man of vision and charm, Ralph Montagu was also a pragmatist and an opportunist, and not overly burdened with scruples when it came to realising his ambitions. He served as Master of the Horse to Queen Catherine, then in 1666 he was appointed an ambassador to the court of Louis XIV, a post he was to fulfil on four separate occasions.

His time in France heavily influenced Montagu, and he had a vision of recreating the imposing elegance of Louis XIV's grand estate in the Northamptonshire countryside. But to carry out such grandiose plans required money. Lots of money, much more than Montagu himself possessed.

But if Ralph Montagu did not possess all the money he needed, he possessed something equally important in late Stuart England; charm. Enough charm to successfully woo the wealthy Duchess of Albemarle. It was the Duchess's money that helped finance the beginning of Boughton's transformation.

Over the course of two decades, the Elizabethan house was rebuilt as an ornate French-style stately home, with more than a hint of Versailles about it.

The house was built around seven distinct courtyards. That number is probably no accident, for it sums the days of the week. There were also 12 entrances, 52 chimney stacks, and 365 windows in Montagu's Boughton, the figures corresponding to the number of months in the year, weeks in the year, and days in the year respectively.

Ralph, who was created the 1st Duke of Montagu just as he embarked on his ambitious rebuilding project, called upon the finest craftsmen of the day; painters, masons, decorators, to create his vision of French beauty in a very English setting. Yet only a fraction of Montagu's grand vision was implemented by the time of his death.

His son, John, did not share his father's enthusiasm, and turned his attention from the house to the gardens, a task he fulfilled wonderfully, creating a landscape of varied interest, beginning around 1746.

The Montagu line died out in the 18th century and Boughton passed through marriage to the Buccleuch's. The Buccleuchs were one of the wealthiest families in Scotland and had enough grand houses of their own. As a result, Boughton was left alone, not to decay, but as a time capsule, untouched by fads for different styles and fads. It remains then, a unique and marvellous testament to one man's 17th-century vision and ambition. 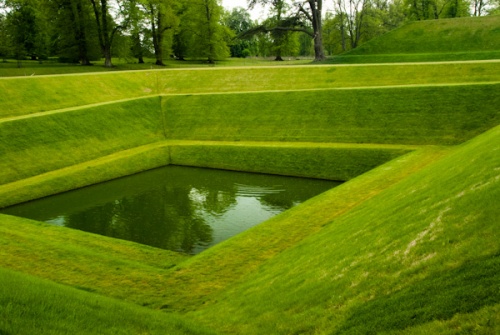 Interior highlights include the Egyptian Hall, one of the oldest parts of the Tudor house. Formerly the family dining room, the Hall's peculiar name refers not to its decor, but to its former use by the Egyptian Society, a club for antiquaries that sometimes held meetings here in the 1740s.

The ceiling of this chamber is a magnificent painting depicting the Triumph of Bacchus and Ariadne, with richly drawn characters from classical mythology. Among the Old Master paintings hung in this room is The Adoration of the Magi by El Greco.

Though the house at Boughton is a remarkably preserved statement of 17th-century style and elegance, it is perhaps the gardens that most mark Boughton as unique. They really make Boughton seem very 'un-English'. That's not an insult, but it is hard to see the long, elegant canals and sweeping formal lawns and not think you'd somehow ended up in Europe rather than in the heart of Northamptonshire.

In addition to the water gardens, there is a walled kitchen garden and an Adventure playground area for children. A new feature is a sunken garden feature called Orpheus, accessed by sloping ramps down to a pool at the bottom. The Orpheus feature echos the Mound, or medieval motte, on the far side of the canal.

The 'English Versailles' is an extraordinary house, an opulent, haughty expression of European style and taste served up in a gentle English countryside setting. The result is quite unlike any other stately home in England. 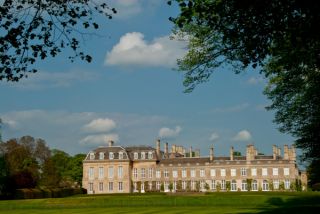 More self catering near Boughton House