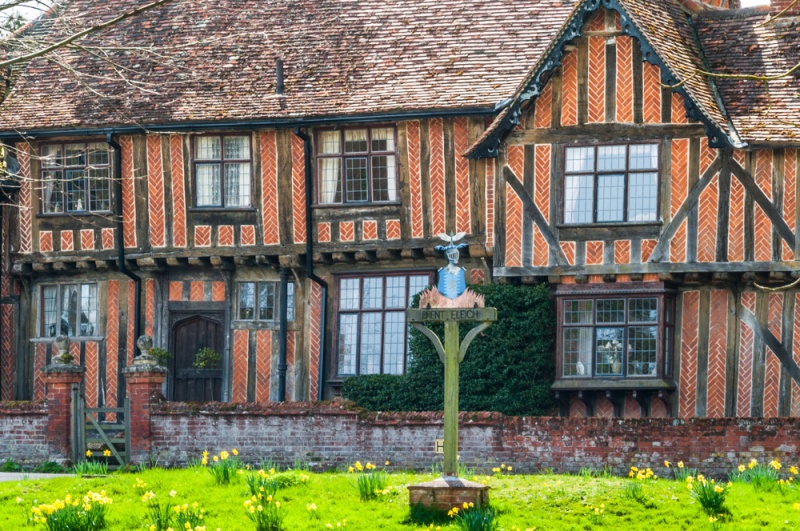 The Suffolk village of Brent Eleigh is located just east of Lavenham, on the south bank of the River Brett. There are two Eleigh villages; the other is Monks Eleigh, just to the east.

The village name is a subject of uncertainty, but one theory is that Eliegh comes from meadows belonging to someone named Ilega, and Brent refers to the meadows being burned.

Another possibility is that the root word 'leigh' comes from the Old English 'leah', for a forest. The term only came to mean a pasture or meadow much later.

The term 'Brent' comes from the Old English 'Brende', meaning burnt, so the name probably means an area of burnt woodland. 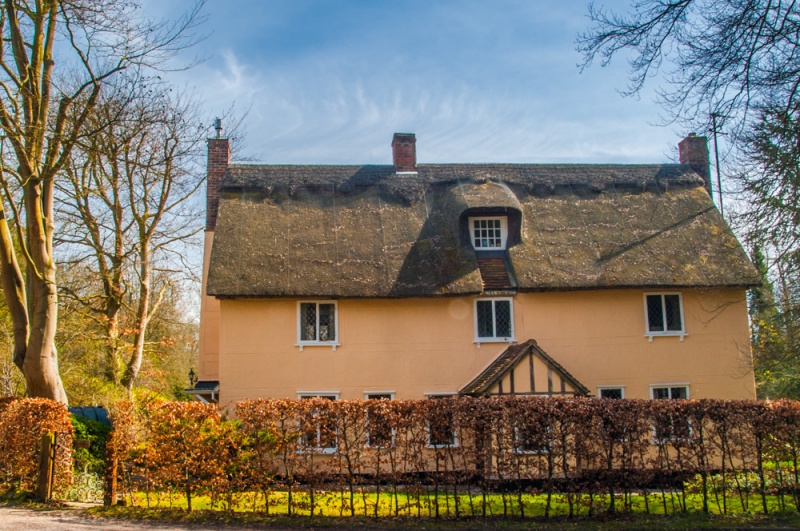 A thatched cottage near the church

In the medieval period, the manor was held by the Illeigh, or Ely family. Did the name of the village come from the family name, or vice versa? The village sign reflects the origins of the name, and depicts the Illeigh coat of arms with a fanciful helmet, above a bed of flames.

The Sheltons were granted the right to hold a market sometime before 1260. The market continued throughout the medieval period and beyond, but had lapsed by the mid-19th century.

The manor house was known as Brent Eleigh Hall, which stands north of the village centre. We do not know when the first Hall was built, but its present incarnation is Georgian. The doorway of the Hall was added by Sir Edwin Lutyens in 1933 when he was called in to make alterations to the house. Near the house is a Victorian walled garden covering several acres. The Hall is privately owned and is not normally open to visitors.

Near the Hall is St Mary's Church, a beautiful 13th-century country church with a historic treasure in the form of 14th-century wall paintings. The paintings depict Biblical scenes including a Crucifixion and a vividly dramatic Harrowing of Hell. They were discovered by chance in 1960 beneath coats of whitewash, and carefully restored.

In the chancel of St Mary's is a memorial to Edward Colman (d. 1739), owner of Brent Eleigh Hall. The parclose screen may be the oldest in Suffolk, and dates to the late 13th or early 14th century. 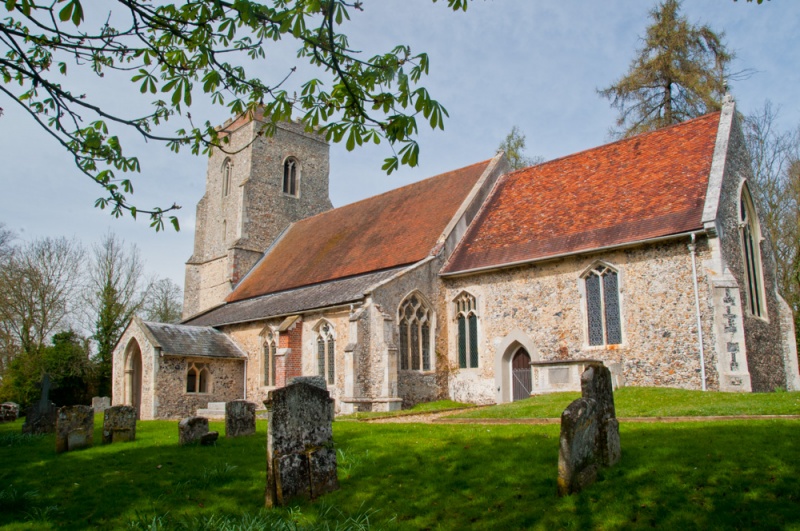 In 1698 Edward Colman of Brent Eleigh Hall left money to establish the Colman Charity, offering to fund an apprenticeship for a boy from Brent Eleigh, Lavenham, or Milden. The charity, now the Colman Trust, is still in operation today, though it no longer funds apprenticeships, but gives grants to provide education, training or preparation for work.

In 1736 a later Edward Colman built six almshouses on The Street to provide housing to the poor of the parish. He supported the almshouses with the income from 77 acres of land at Preston. The almshouses are built of red brick with a central pediment. Above the entrance is an inscribed tablet reading 'These almshouses were built and endowed by Mr Edward Colman youngest son of Robert Colman of this Parish, gent. Anno Domini 1731'.

A National School was built in 1876, and old school building now serves as the village hall. The village pub is The Cock, a timber-framed 18th century building under a thatched roof. 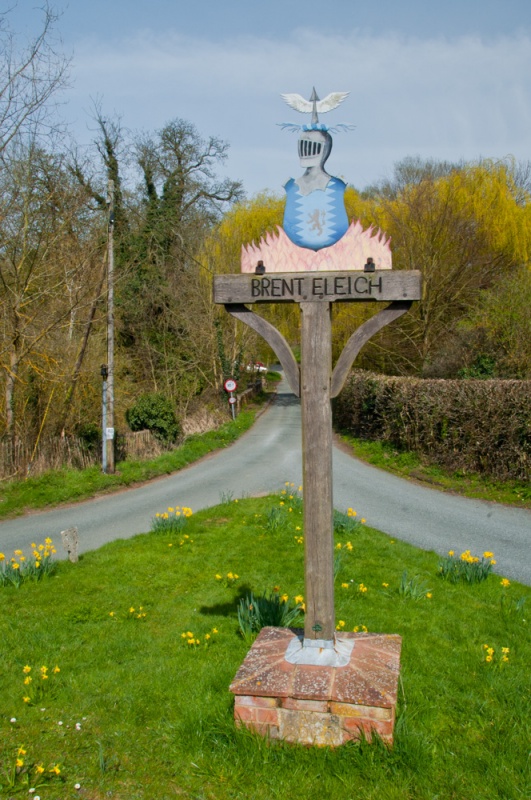 I came to Brent Eleigh to visit the church and see the wall paintings. As soon as I pulled off the A1141 it seemed like I was going back in time. The lane was overhung by tree branches, and pretty timber-framed houses peered out of the greenery. Brent Eleigh is a peaceful place, full of historic interest.

More self catering near Brent Eleigh