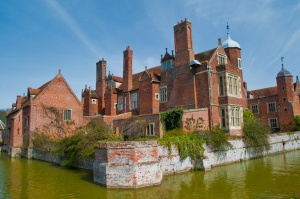 Kentwell Hall is a superlative moated Tudor manor, built in the early 16th century by the Clopton family. John Clopton became wealthy in the wool trade; so wealthy that he was able to build nearby Long Melford church, one of the most extravagant medieval "wool churches" in all of England. The exterior of Kentwell has changed little from the house that Clopton built, though a great deal has been done to renovate and refurbish the interior over the years.

Kentwell Hall presents a wonderful sight, its open courtyard facing onto a moat stocked with carp, its two wings reaching almost to the water's edge. The moat is crossed via a low bridge giving onto the courtyard, where a Tudor Rose maze has been recreated. The interior of Kentwell has been much restored, including a working Tudor kitchen and Hall with minstrels gallery. 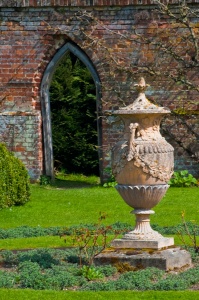 The gardens at Kentwell

A variety of estate buildings flank the house, including a bakehouse, dairy, brewhouse, and a part timbered Moat House dating to the turn of the 16th century. The extensive grounds surrounding Kentwell feature box and yew topiary, a Camera Obscura, a walled garden laid out in 17th-century style, and enjoyable woodland walks.

Kentwell did much to popularize domestic "living history" reenactments in the UK and the reenactments remain an essential part of Kentwell's appeal, with the current focus being on Re-creations of everyday life in the Tudor or WWII eras. The latter may seem odd until you realize that Kentwell was requisitioned by the Army for use during the war years.

Kentwell hosts an annual recreation of Tudor life that covers three weeks each June and July, as well as shorter weekend events throughout the year. See the Kentwell website (below) for details of upcoming recreations. 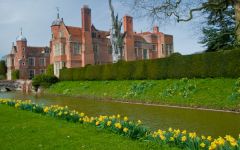 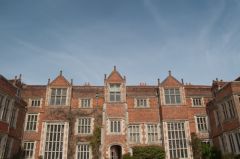 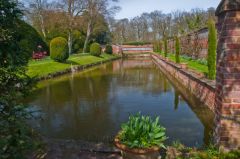 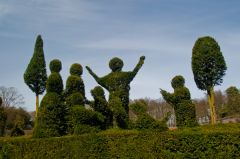 More self catering near Kentwell Hall