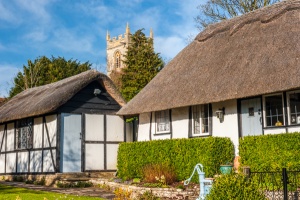 The pretty village of Welford lies in a loop of the River Avon, on a site that has been occupied for thousands of the years. In the 11th century the Welford estate was owned by the Earl of Gloucester, who granted it to the Saxon priory at Deerhurst, Gloucestershire.

The village was mentioned in the Domesday Book, when it was part of Gloucestershire and the Abbey of St Denis in France held 15 hides of land.

The oldest building in Welford is the parish church of St Peter, built in 1330 on the site of an earlier 12th-century building. Inside are a 13th-century font and a Jacobean pulpit. There are fragments of 14th-century glass in the chancel as well as a 15th-century grave slab to a priest.

The church stands a short distance from the river, and the site of a ford which gave the village its name. The church tower was said to have been used as a landmark by travellers using the ford. 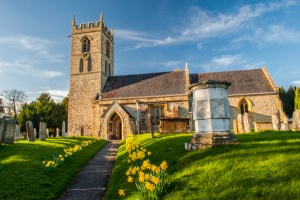 Welford is known for its timber-framed cottages, many of them introduced in the 17th century, and most of them roofed in thatch. Many of the most attractive cottages are located on Church Lane and Boat Street, near the church. Among the most attractive thatched cottages in this area are The Owl Pen, a 17th-century timber-framed building of 2 storeys plus an attic. Look for the rounded projection for a bread oven.

Directly opposite The Owl Pen is Tenpenny Cottage, one of the most photographed thatched cottages in England, which can often be found gracing the covers of calendars or postcards. The name refers to the quarterly rent charged for tenants.

Just around the corner on Church Lane is an attractive 18th-century brick house named Clevers, the most highly 'listed' building in Welford (apart from the church). Clevers is a quintessential Georgian house, built in 1740 on a typically symmetrical plan, with Doric columns flanking a central entrance portico. There are several older buildings on High Street, and along Chapel Lane, where the red brick Wesleyan Chapel was built in the 18th century. 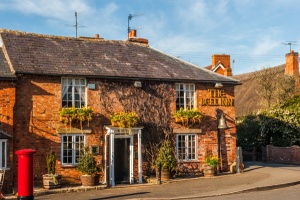 There are two notable pubs. The Bell, at the junction of Church Lane and Binton Road (High Street) dates to the 17th century and stands beside an attractive triangular green. The Bell has played a part in literary history, for according to tradition William Shakespeare came here to share a drink with Ben Jonson. On his way home to Stratford, Shakespeare was caught in a rain shower and contracted a case of fatal pneumonia.

The interiors of the Bell exude traditional charm, with exposed beams darkened with age, oak furnishings, and open fireplaces so modern visitors will not catch their death of cold like 'The Bard of Avon'!

On Chapel Street is The Shakespeare, dating to the late 18th century, and standing beside one of the tallest maypoles in England. Further along Chapel Street is the Wesleyan Church, established in 1801 by converting an older barn. On the same side of the road are a terrace of thatched cottages, and you can see thatched roof peering above hedges protecting nearby houses.

Just outside the village core, on Binton Road, is Binton Bridges, which were in existence as early as the 13th century, but were completely rebuilt in 1783 and again around 1804. The bridges cross the Avon by joining each bank to a small island in the middle of the river. There were two mills here as early as the 13th century, one on each side of the river.

I've been to Welford several times, and I must say it is one of the prettiest villages in Warwickshire. There are so many attractive timber-framed buildings, and no matter which way you turn there is a thatched roof. For historic buildings, the church and the Bell Inn are probably the most interesting, but in truth, the most enjoyable part of visiting Welford is simply to wander about and soak up the wonderful atmosphere. It is no surprise that Welford was named the winner or runner-up in the Warwickshire "Best Kept Village Competition" 12 times between 1991 and 2007. 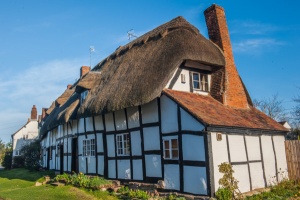 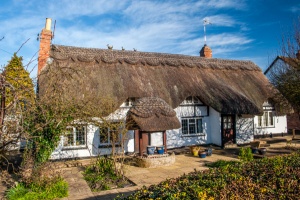 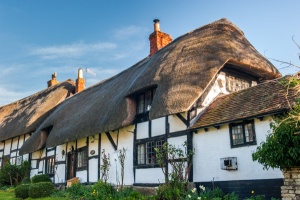 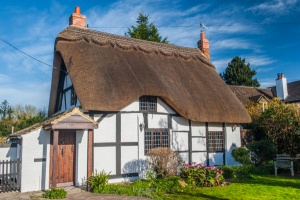 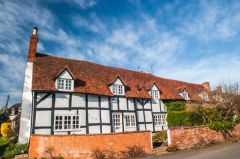 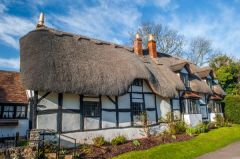 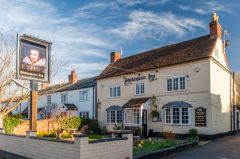 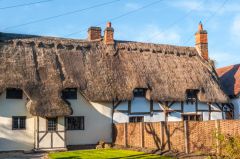 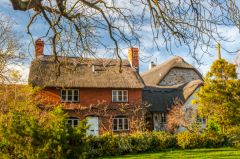 About Welford on Avon
Address: Welford on Avon, Warwickshire, England
Attraction Type: Village
Location: On a minor road midway between Bidford on Avon and Stratford-upon-Avon, parking on side streets around the village. For satnavs use postcode CV37 8EB
Location map
OS: SP148521
Photo Credit: David Ross and Britain Express

Nearest Accommodation to Welford on Avon:

More self catering near Welford on Avon

More Hotels near Welford on Avon

More bed and breakfasts near Welford on Avon