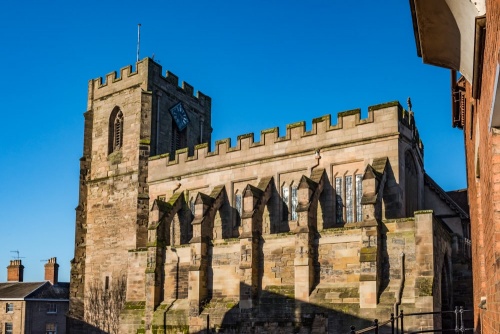 West Gate is one of two surviving medieval gateways to the walled city of Warwick (the other being East Gate). The imposing gateway stands at the western end of High Street immediately beside the picturesque timber-framed buildings of Lord Leycester's Hospital.

West Gate was erected at least as early as the 14th century and probably incorporates stonework from an earlier 12th-century gateway on the same site. The gateway consists of a central vaulted passage, with a chapel dedicated to St James rising over the arch. The chapel is used by the residents of Lord Leycester's Hospital. 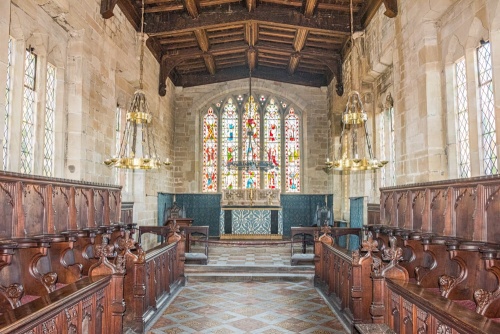 The gateway and chapel are thought to have existed at least as early as 1126. The structure as we see it today was rebuilt in the late 14th century. In 1383 the Guild of St George was created by a license issued by King Richard III. Three years later in 1386 Thomas Beauchamp, 12th Earl of Warwick, rebuilt the chapel and gave it to the Guild.

The 14th-century building was enlarged in the early 15th century with the addition of a striking tower, probably erected by Richard Neville, known as The Kingmaker and built with stone from the ruined Saxon church of St James.

The chapel is lit solely by candlelight. In front of the altar is a candleholder hanging from a medieval sculpture in the form of a crown. The east window was bricked up during the religious upheaval of the Tudor period but was opened up again in 1863-65 when Sir George Gilbert Scott restored the decaying medieval building. 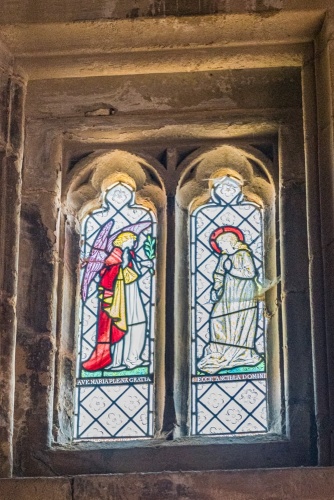 The east and south windows hold glass by the famous Clayton and Bell company of London. On the wall is a William Morris tapestry and the window over the south door is glazed with a depiction of The Annunciation, also designed by Morris.

In the chancel are high-backed chairs made of bog oak from Ireland, given by a former master of Lord Leycester's Hospital. The altar frontal was made for King George VI's coronation at Westminster Abbey in 1937. It was initially used at the Chapel Royal in the Tower of London before being brought to Warwick.

The Master and Brethren of the Hospital attend Matins every weekday at 9.30. The service is a specially shortened version established by Robert Dudley, Earl of Leicester, in 1584. 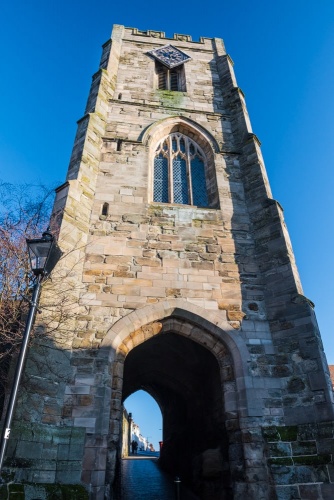 The gateway tower from the west

It was Gilbert Scott who added the eye-catching flying buttresses that support the southern side of the gateway. The High Street roadway (A429) was diverted so that it now passes to the south of the gateway, and the arched passage is now restricted to pedestrians.

The gateway is built of a type of sandstone that is particularly susceptible to weathering. As a result, the building's facade is very worn, particularly on the eastern side, facing High Street and the town centre. This weathering forced the town council to rebuild the vaulted ceiling of the archway with new stone. Only the archway keystone, inscribed with the town's coat of arms, was retained. 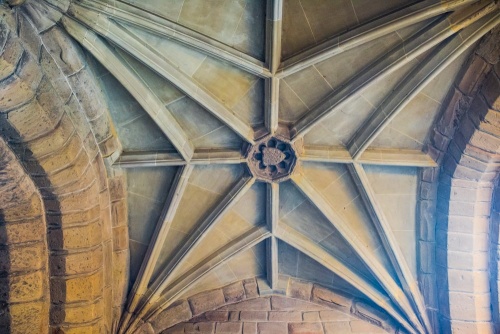 The gate is listed Grade I by English Heritage for its historical interest.

Standing beside the eastern (inner) face of the gateway arch is a Victorian pillar box, erected in 1856. It is one of a pair installed at the same time, the other standing in front of East Gate. The pillar box is typical of early Victorian post boxes. It is made of cast iron, painted a vivid red, with fluted sides rising to a conical cap. 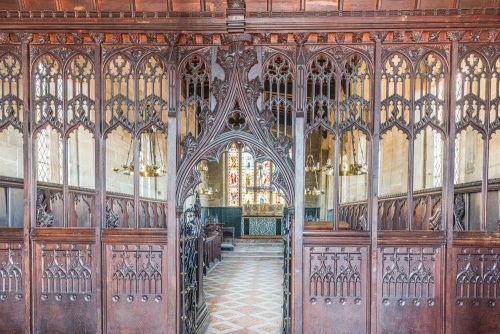 West Gate stands at the junction of High Street and Bowling Green Street, immediately west of Lord Leycester's Hospital. It is easily reached on foot from the town centre. The chapel is regularly open to the public and is accessed through the Hospital. 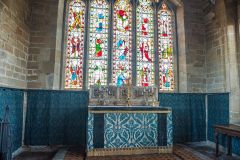 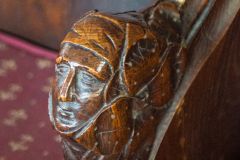 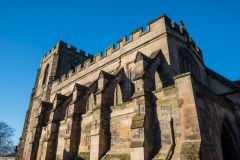 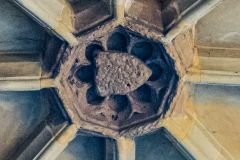