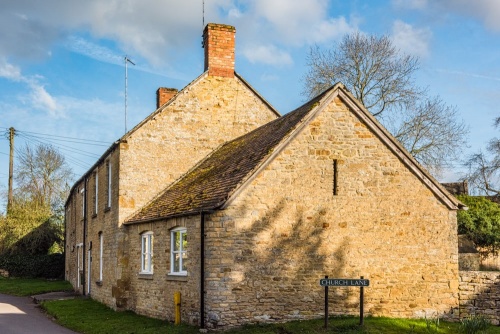 Little Compton is a pretty village at the southern tip of Warwickshire, just east of Moreton-in-Marsh. The village is centred on Little Compton Manor, a superb Grade II* listed manor house dating to the Elizabethan period. The house was remodelled around 1620. It was once the home of William Juxon, Archbishop of Canterbury (1582-1663).

Juxon was not a native of Little Compton; he was born in Sussex and educated at St John's College in Oxford. He was a close friend of William Laud and followed Laud both as President of the College and later, as Bishop of London. He served under Charles I as Lord High Treasurer of England and First Lord of the Admiralty and was asked by the king to stand beside him on the scaffold and read him the last rites when Charles was executed in 1649. 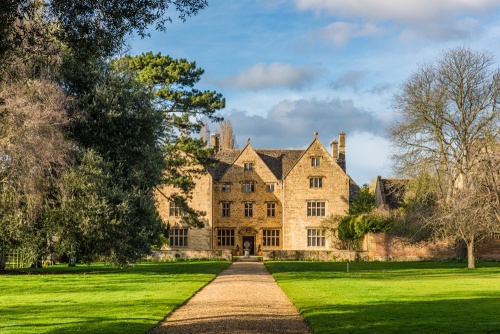 By that time Parliament had deposed Juxon as Bishop of London, so he retired to Little Compton (then part of Gloucestershire but now in Warwickshire) where he bought the manor estate and ran a pack of hunting hounds. He was called back to office on the Restoration of the Monarchy and attended the king's coronation.

Juxon's former home now serves as the Reed Business School and is not normally open to thew public. You can, however, get excellent views of the house from the ornate gates on Oakham Road. Visitors are also invited to walk in the business school grounds on the south side of the road, opposite the gates. 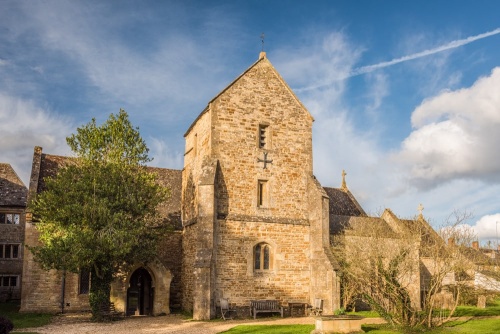 Most of the interior furnishings date to a restoration by the architect EG Bruton in 1863-4, but the church retains its 13th-century font and there are fragments of 16th-century glass in the south-east chancel window. Set into the nave floor is a pair of 17th-century grave slabs.

There are 19 listed buildings in Little Compton, and all except the church and manor house are listed as Grade II.

Within the parish is the Four Shire Stone, an 18th-century column at the former meeting place of Oxfordshire, Worcestershire, Warwickshire, and Gloucestershire. The county boundaries have been redrawn and today only three counties meet at the stone.

Less than a mile to the south-west of Little Compton is Chastleton, where the National Trust preserves historic Chastleton House, one of England's finest Jacobean houses, built around 1610. The Chastleton estate was once owned by Robert Catesby, one of the Gunpowder Plotters, and the house features an excellent example of a 17th-century long gallery. It was at Chastleton that the rules of croquet were first codified.

Two miles to the east is the Rollright Stones, a complex of ancient sites that include one of England's most famous stone circles, a solitary standing stone, and the remains of a cromlech known as The Whispering Knights.

Little Compton is located just off the A44 south three miles east of Moreton-in-Marsh.

More self catering near Little Compton