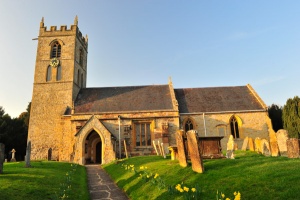 St Peter's church stands a short distance from the River Avon, in one of Warwickshire's most picturesque villages. Views of the church tower rising over the nearby timber-framed thatched cottages are very popular with photographers and have appeared on innumerable calendars and postcards over the years.

The church dates to at least 1059 when the Earl of Gloucester granted the site to Deerhurst Priory in Gloucestershire. The monks of Deerhurst built a small stone church, but of that late Saxon building, only the bowl of the ancient font remains. A new Norman church was erected between 1100 and 1170.

Henry VI granted Welford to his new foundation of Eton College in 1447, but Henry's successor, Edward IV, returned it to Deerhurst Abbey. Edward named a monk from Westminster named William Bokeland to the living of Welford, but it seems that Bokeland was a scoundrel. He was charged with being 'fraudulent and thriftless', and Edward stepped in again, and in 1467 gave Welford to Tewkesbury Abbey.

The monks of Tewkesbury restored the Norman building and rebuilt the chancel in Perpendicular Gothic style. By that time the west tower was already in place, but the monks heightened the tower, possibly so it could sere as a landmark for the ford across the Avon which gives Welford its name. 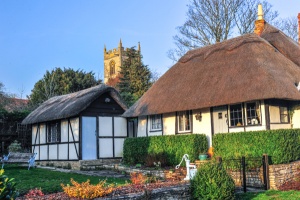 The church tower from Boat Lane

The nave arcades are 12th century, with scalloped capitals adorning the pillars. There is a 12th-century window in the west wall, and a blocked Norman doorway in the north wall (exterior). The main south doorway has some 12th-century stonework, mixed with later medieval and modern repair work. The lowest part of the tower is 12th century.

There are some small fragments of coloured medieval glass in the south-east window of the chancel. The pulpit is early 17th century, and in the vestry is a wooden chest that probably dates to the 14th century.

We mentioned the Saxon font bowl earlier; the official church guide seems pretty definite that it is Saxon, though the English Heritage listed building information for St Peters says it is 13th-century work.

In truth, it is very hard to tell, for the shape is extremely simple, with no carved decoration to give any stylistic evidence. The font base is certainly not Saxon; so it is possible that the base is 13th century but the bowl itself much earlier.

In the nave is a slab with the indent for a missing 15th-century brass of an unknown priest, but the brass itself is gone. Also in the nave is a grave slab to Anne and William Lakeman (d. 1723 and 1735 respectively).

St Peter's is a beautiful building, full of interest, but for most visitors, it is setting of the building, surrounded by medieval cottages, that will live in the memory. It will certainly stay in mine! 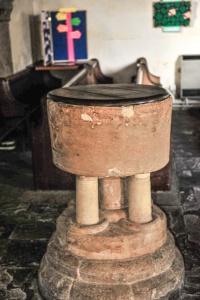 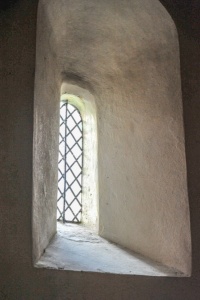 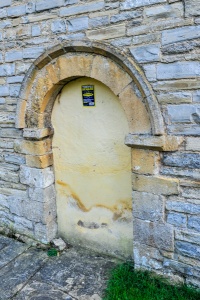 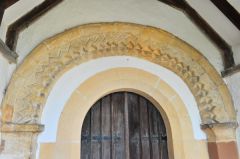 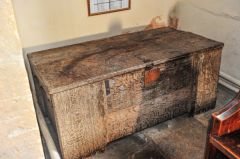 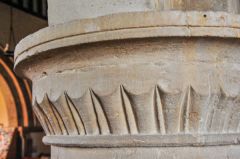 Nearest Accommodation to Welford on Avon:

More self catering near Welford on Avon

More Hotels near Welford on Avon

More bed and breakfasts near Welford on Avon

Self Catering near Welford-on-Avon