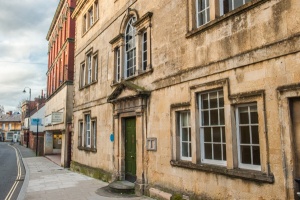 Warminster is a small market town located amid chalk downs in the south-west corner of Wiltshire, at the western end of the beautiful Wylye valley. The town takes its name from the River Were, a tributary of the River Wylye, and the earliest settlements were along the river.

In the Iron Age, a series of hillforts were established on the 6 hills that surround Warminster. Of these hillforts, perhaps the most famous is atop Cley Hill, to the south west of the town. The fort was established around 750BC, but within the earthworks are several Bronze Age bowl barrows.

The Romans built villas to the east of the current town, but it was really in the Saxon era that settlement began in earnest, centred on a loop in the river. By the 9th century, there was a Saxon royal manor at 'Worgemynster', and a mint was established by the time of Aethelred (c. 978AD).

The town expanded in the early medieval period, and was granted a market charter in 1204. The market brought prosperity to Warminster in the medieval period, bolstered by the cloth industry in the 15th and 16th centuries. Other major industries included malting, silk spinning, and leather goods, but Warminster never achieved the great growth of other Wiltshire towns like Trowbridge.

The railway reached the town in 1851, but instead of bringing prosperity it led to a steady decline in the hospitality industry; coach houses and hotels suffered losses, and the population slowly declined. It was not until nearby Salisbury Plain became a military centre that the Warminster area began to enjoy relative prosperity again.

One of the benefits of Warminster's chequered economic past is that the historic centre of the town has remained relatively unchanged; the town centre retains a large number of 18th and 19th-century buildings, in addition to 2 notable medieval buildings; the parish church of St Denys (The Minster) and the Chapel of St Lawrence. Let's take a look at the historic highlights of central Warminster.

The Chapel of St Lawrence

On the south side of High Street is one of the most remarkable buildings in England, the Chapel of St Lawrence. This 13th century inter-denominational church is not architecturally significant, but it is unique in that it is owned neither by the Church of England nor by the town. It is, rather, run by a dozen 'Feoffees', or 'honest and discrete' men of Warminster. 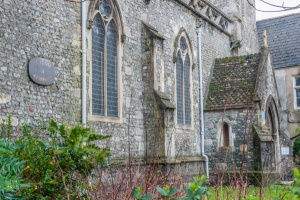 The Chapel of St Lawrence

Just east of the Chapel is Cordens, a timber-framed house built in the 16th century. The Elizabethan frontage was remodelled in the Victorian period, and has served as an ironmongers shop since the early 19th century. 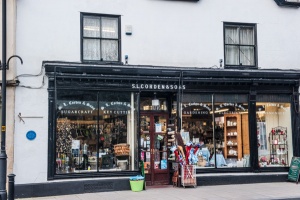 Across from the Chapel is this Victorian theatre, opened in 1858 as a library, lecture venue, and reading room. The Athenaeum was designed by architect WJ Stent. It was transformed into a cinema in 1912, then served as an art centre, and most recently a community centre. Among luminaries of the stage to appear in the auditorium are Oscar Wilde, Emmeline Pankhurst, and actor Sir John Mills. 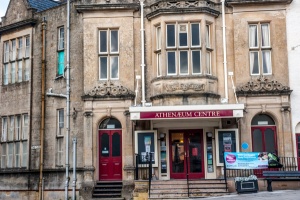 Just up The Close from the Athenaeum is this attractive red brick building, opened in 1906 and in use until 1966. The station housed a horse-drawn pump until 1922 and was later home to the St John Ambulance. It only fell out of use because modern fire-fighting equipment was too large for the building. 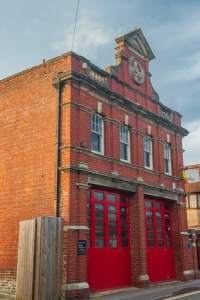 Further up The Close is the War Memorial, designed by Egerton Strong and erected in 1921. Strong was a direct descendent of masons who worked on St Paul's Cathedral for Sir Christopher Wren. 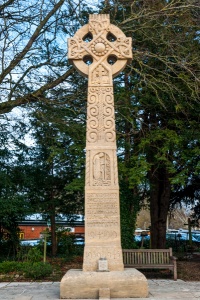 Across the road from the War Memorial is Portway House, once called Newport. The house stands on the site of Newport Manor, home of the Mauduit family from the 12th to the 16th centuries. The current elegant house was built in 1722 for a wealthy cloth merchant named Edward Middlecot. Later owned by the Marquis of Bath and used by the Longleat agents until 1900, Portway served as the public library until 1982. It is now a private dwelling once again. 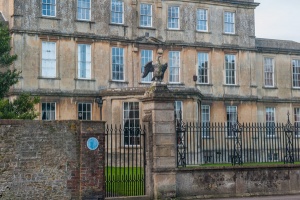 Built of warm-toned Bath stone in 1755, and designed by the same surveyor who worked on Longleat House. The facade is pure neo-classicalism, with lovely Palladian windows and a Greek portico over the main doorway. 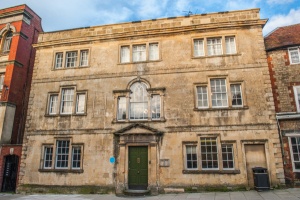 Further down the hill from The Chantry is the Organ Inn, first recorded in 1710. Once used as a school, a greengrocers, a butcher shop, and a fishmongers. Well away from the central High Street bustle is St Denys church, otherwise known as The Minster. The building is mostly 14th century, though much remodelled in the Victorian period by Arthur Blomfield. In the churchyard is a huge yew tree, thought to have been planted in the 11th century. 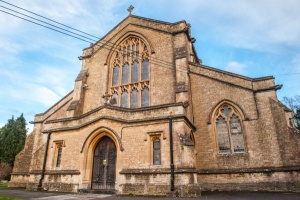 Just down Church Street from The Minster is Warminster School, founded as a grammar school by the 1st Viscount Weymouth in 1707. The entrance door was designed by Wren and brought here from Longleat House. 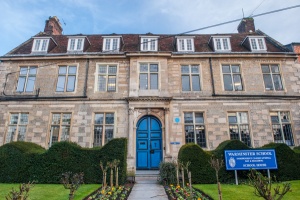 At the junction of Church and Silver streets is The Obelisk, a slender column of Bath stone topped with a pineapple and classical urn. The column was erected to mark the parish inclosure in 1783, and set up at the crossing of main roads to Frome and Bath. Across from the Obelisk on Silver Street is Craven House, built in 1772. 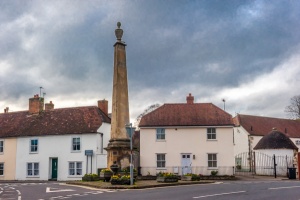 These are a few of the most interesting historic buildings in the centre of Warminster. Just outside the town are several more fascinating historic places. Most popular is Longleat House, home of the Maquis of Bath (and a very popular safari park).

Further south is Stourhead House and Garden (National Trust) one of the finest landscape gardens in England. To the west is Nunney Castle, a romantic moated ruin, while to the north east at Westbury is the Westbury White Horse, a hill figure carved out of the chalk to mark Alfred the Great's victory over the Danes at nearby Edington.

This article loosely follows the Blue Plaque Trail published by the Warminster Civic Trust and the Dewey Museum.

More self catering near Warminster

More bed and breakfasts near Warminster