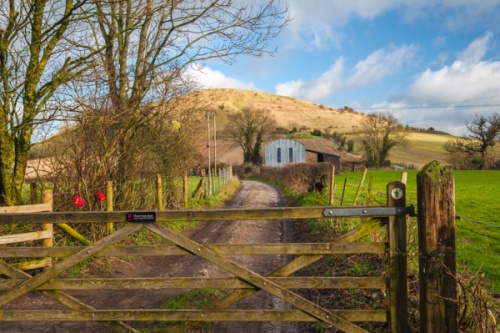 Cley Hill rises dramatically from the flat fields south-west of Warminster. The summit of the hill is encircled by a series of Iron Age earthworks, or ramparts. Inside the Iron Age defences are several Bronze Age bowl barrows. On the south-west slopes, the ramparts have been levelled in places for medieval lynchets, a form of terraced farming.

There is more to Cley Hill than prehistory; the hill and its surrounding fields are a Site of Special Scientific Interest (SSSI), preserved by the National Trust, who look after chalk slopes which are home to over 100 species of plants, including flowering orchids. 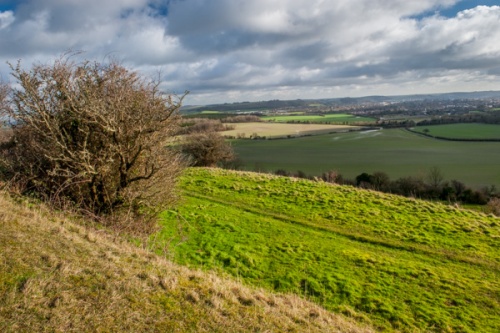 From the small car park off the A362, you follow a farm lane to the base of the hill. From there you pass through a gate, where there are a small map and information board. The path rises at an angle before turning up the hillside, through the strip lynchets and earthworks.

It should take no more than 10 minutes to climb the hill, but do be aware that the lane can be muddy. The Mid Wiltshire Way trail also passes the base of the hill, and you can walk to or from Warminster along the trail. 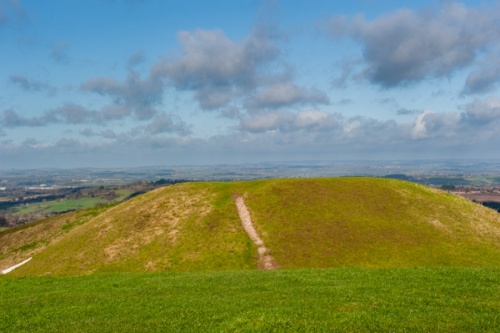 The first obvious feature you see within the hillfort ramparts is a large bowl barrow, and what looks like a smaller, less obvious barrow. The top of the barrow still bears a depression left by 19th-century antiquarians William Cunningham and Richard Colt Hoare (author of The Ancient History of Wiltshire, 1798), who were the first to explore the site. Well, maybe not the first, for they found nothing inside the barrow, and came to the conclusion that grave robbers had looted the site centuries earlier.

Across the summit, on the northern end of the fort, is an Ordnance Survey and triangulation point. The views are fabulous, especially northeast to the striking outline of Little Cley Hill, a conical hill looking like a castle mound, and further away is Warminster.

Cley Hill was originally part of the Longleat estate but was given by the 6th Marquis of Bath to the National Trust. 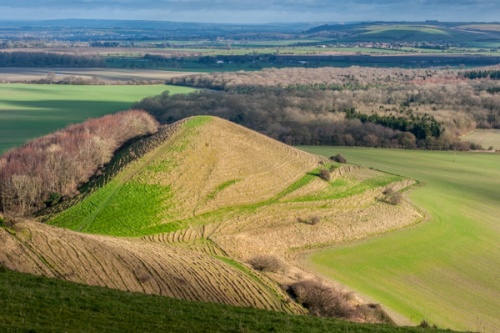 The view to Little Cley Hill

The Devil and Cley Hill

An old legend tells how Cley Hill came to be formed. According to the tale, the Devil was angry that the citizens of Devizes had converted to Christianity, and decided to bury the town under a pile of earth. He put a mass of earth in a sack and set off to find the town. On the way, he met an old man and enquired how far it was to Devizes.

The old man guessed who he speaking to, and cleverly told the Devil that he himself was on the way to Devizes, and had set out as a young man, but now he was old and aged, and had yet to arrive at his destination. The Devil was so discouraged by the tale that he abandoned his journey and simply dumped the pile of earth beside the road. The town of Devizes was saved, and Devil's pile of earth became Cley Hill. 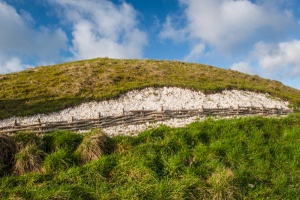 The base of the bowl barrow 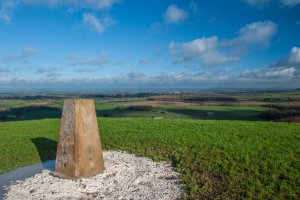 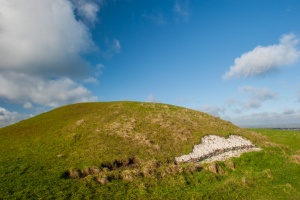 Another look at the bowl barrow