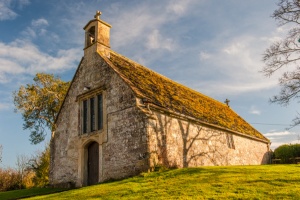 Possibly the oldest church in Wiltshire, this delightfully simply building dates to at least the early 12th century. The church was founded by Empress Matilda (Queen Maud) who had a residence at nearby Heytesbury.

Sometime between 1139 and 1147 the Empress donated 28 acres of land at Tytherngton, with pasture for 10 oxen, 2 horses, and 2 cows, and a house to support two chaplains for St James Church.

The estate later passed to the powerful Hungerford family. Lord Robert Molyn, son of Lady Margaret Hungerford, was taken prisoner during the Hundred Years War. Lady Margaret was forced to mortgage Tytherington, among other estates, in order to raise money for her son's ransom. In 1553 royal commissioners removed any items of value from the church and turned them over to the king's treasury.

The church is little more than a simple rectangle; 49 feet long and just 13 feet wide. The age of the building is apparent in the walls, which are fully 3 feet thick. Though the interior was restored in 1891 it remains essentially a 12th-century church. 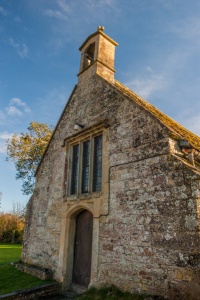 The west end and bellcote

The interior seems to be almost completely filled with two rows of 17th-century oak benches. The communion rail is 18th century, while set in the north nave wall is a small quatrefoil window dating to the early 12th century, presumably part of the original church. Just inside the west entrance door is a very simple Norman tub font, with a wooden 17th-century cover.

Near the door is a small section of original 12th-century walling, left exposed intentionally during re-plastering work in 1985. The single bell is hung in a simple bellcote over the west gable. It was cast by William Cor of Heytesbury and is thought to be the oldest in Wiltshire.

In 1957 the church authorities wanted to close down St James. The church was declared redundant by the diocese but the residents of Tytherington rejected the decision and insisted that their church remain open. The population of the village is only about 50, but they have taken it upon themselves to keep up the church and undertake essential repairs.

Tytherington was one of the highlights of my exploration of the Wylye Valley churches. An aura of age and antiquity seems to cling to the stones. The interior is extremely simple, but that's just how most churches would have been in the early 12th century! 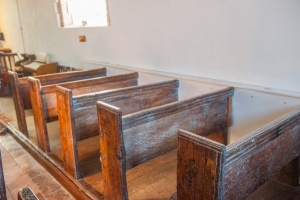 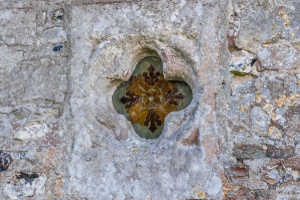 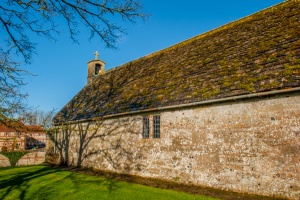 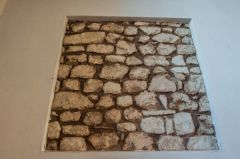 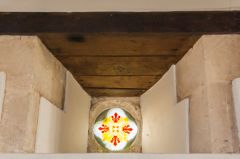 More self catering near Tytherington

More bed and breakfasts near Tytherington