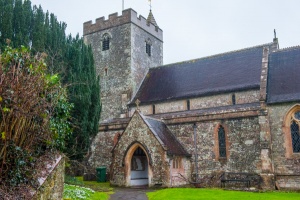 The attractive church of St Peter and St Paul dates to the early 10th century. In AD 926 Wulfhelm, Archbishop of Canterbury, gave Longbridge Deverill to the abbey of Glastonbury. That gift was confirmed in a royal charter of King Athelstan in AD 930.

The church's association with Glastonbury Abbey is remembered in a north aisle window, where stained glass tells the history of Glastonbury, from its mythical foundation by Joseph of Arimathea to the execution of the last Abbot, Richard Whiting. In the churchyard, opposite the church entrance, is a thorn tree grown from a cutting taken from the legendary Glastonbury Thorn Tree. 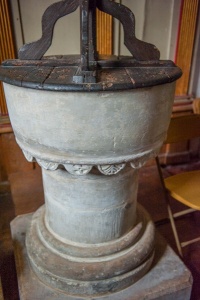 The Saxon church was rebuilt in the Norman period, and the oldest part of the current building is the mid-12th century aisle. Thomas Becket, Archbishop of Canterbury, came to Longbridge Deverill to consecrate the new church between 1162-1172. He would have used the stone altar slab we see today. More than that; the consecration crosses carved into the surface of the slab are said to have been made by Becket himself.

A local rhyme recounted in the church guide reminds us of the Archbishop's visit:

Thomas a Bomas, a big-bellied man,
He ate more meat than three score men
He ate a cow, he ate a calf
He ate a butcher and a half.
He ate the church, he ate the steeple,
He ate the priest and all the people. 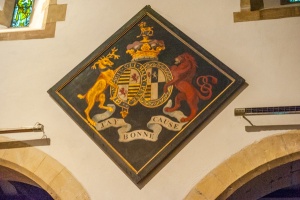 The slab has had a chequered history, however; stone altars were outlawed in the 17th century, in favour of wooden communion tables. In 1662 the vicar of Longbridge Deverill, Rev William Perry, heard that a group pf Cromwell's soldiers were marching on the village, so he hid the slab for safety. It was found under a churchyard path during renovation in 1858 and returned to the chancel.

The east window is by the famous Kempe studio and is considered one of Kempe's best works. The window was installed in 1931 to celebrate the 800th anniversary of the church.

The undoubted highlight of St Peter & St Paul's is the Bath Chapel, which houses tombs to the Thynne family of nearby Longleat House and stands above the Thynne family vault. The Thynne's original manor house stood to the north side of the church, but the only evidence today is a stone wall running down to the River Wylye. Local legend says that if the wall falls down the Thynne family line will die out.

The striking Art Noveau font in the Bath Chapel is the work of sculptor Sir Alfred Gilbert, who crafted the famous statue of Eros in Piccadilly Circus. The font is a memorial to JB Thynne, killed in a riding accident in 1882. It originally had a silver figure on top, but this was unfortunately stolen in 1902.

Also in the chapel is a marble 18th century memorial to Sir John Thynne, who actually died several centuries earlier, in 1580. There are marbles to the 2nd Marquess of Bath (d. 1837) and Elizabeth, Marchioness of Bath, who died in 1825. 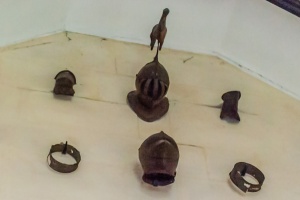 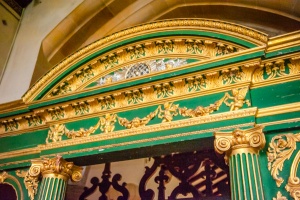 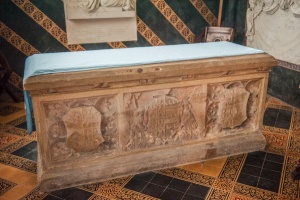 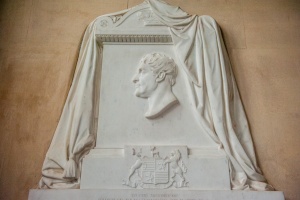 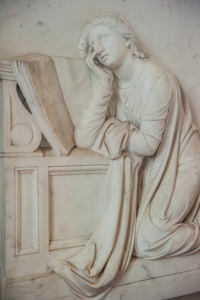 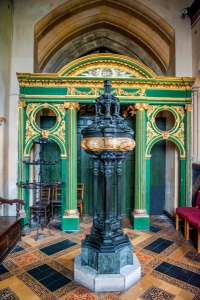 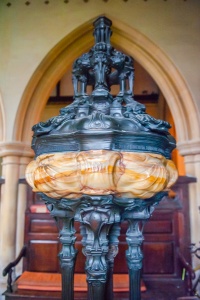 On the west wall hang armour associated with the Thynne family. Among the armour is a helmet worn by Sir John Thynne at the Battle of Pinkie in 1547, where he served as Seneschal to the Protector Somerset.

The altar tomb in the centre of the chapel was brought here from Hill Deverill church when it closed in 1984. The tomb base is carved with heraldic symbols commemorating William Ludlow (d. 1478) and his descendants. One of those descendants was Edmund Ludlow, a Parliamentary soldier who signed the death warrant of Charles I.

Throughout the church are fantastic gilded screens in Baroque style, given by Canon John Brocklebank. There is a 16th century font with a later Jacobean cover. 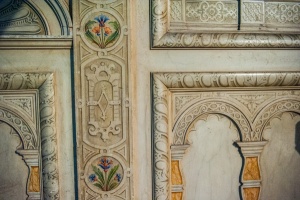 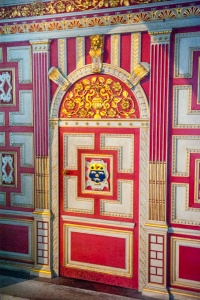 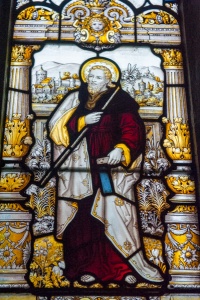 More self catering near Longbridge Deverill