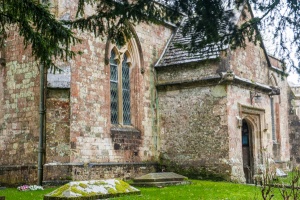 All Saints is a large Norman church, rebuilt in the late medieval period. It probably stands on the foundations of a late Saxon church or chapel. The first written record of a church comes from 1102, when the 1st Earl of Buckingham gave it to a priory he had established in Oxfordshire.

After the Dissolution of the Monasteries the church was granted by the crown to Christ's Church College, Oxford. The church rather fortunately escaped damage in the Civil War, as one of Cromwell's generals lived in the village and protected the church from unwelcome attention.

The oldest features of the current building are the north aisles arcades, which were built around 1175. The three westernmost arches are among the earliest examples of pointed arches in Britain.

Despite the 12th-century remains, the church we see today is largely the result of a rebuilding in 1385. High on the south aisle walls are 14th century stone corbels that supported the medieval roof. Each corbel head is unique; one shows a queen, one humourous corbel shows a fat man.

One of the interior highlights is a large monument to Sir Edward Seymour (d. 1707), sculpted in white marble by Michael Rysbrack in 1730. Seymour lived at Bradley House, visible through trees beside the church.

The sculpture shows Seymour reclining, wearing a Roman toga, a luxuriant wig upon his head. Seymour was a descendent of the Lord Protector Somerset and served as Speaker of the House of Commons, Lord Commissioner of the Admiralty, Privy Councillor, and Treasurer of the Navy. 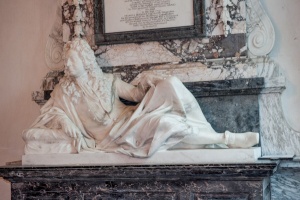 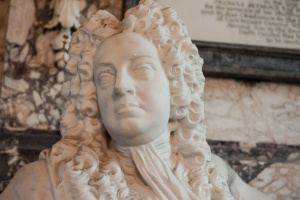 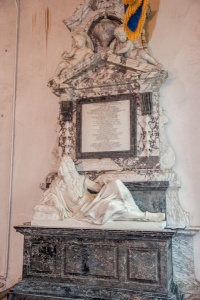 In the 17th century the medieval benches were replaced with lovely box pews, which are one of the highlights of the current building. The pews are decorated with beautifully carved shell-head carvings and friezes of strapwork.

The pews were reputed to have been given as an act of thanks for the restoration of the monarchy by the Seymour family. The pews are similar to those at Mere church, which we know were carved by William Walter, so it seems reasonable to assume that Maiden Bradley's pews were also carved by Walter, who was a resident of the village.

On the tower wall is a royal coat of arms to Charles II. The font dates to 1200 and has a nicely carved Jacobean cover. Also Jacobean is the pulpit. There is very nice stained glass by Christopher Whall, who also supplied glass for Gloucester Cathedral. Whall's glass was paid for by Duchess Susan of Somerset, in memory of Algernon, the 15th Duke of Somerset. 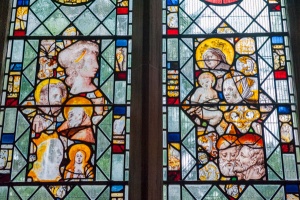 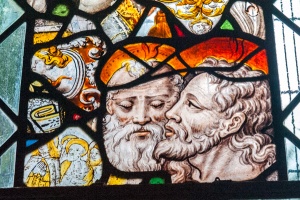 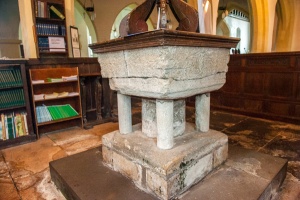 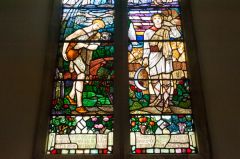 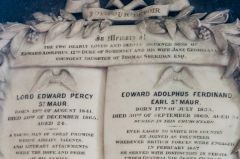 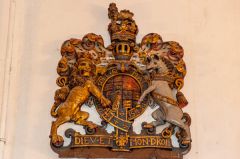 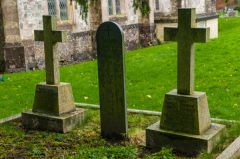 About Maiden Bradley
Address: B3092, Maiden Bradley, Wiltshire, England, BA12 7HA
Attraction Type: Historic Church
Location: At the southern edge of the village on the east side of the B3092. Parking along the road. Usually open daylight hours.
Location map
OS: ST803386
Photo Credit: David Ross and Britain Express

More self catering near Maiden Bradley