HERITAGE HIGHLIGHTS:   Robert Bruce set sail from here in 1307 to seize the throne 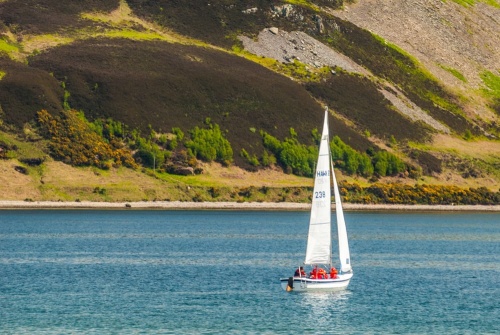 A sailboat in Whiting Bay

Whiting Bay is an extended village stretching along the rocky coastline of the southeastern corner of Arran, looking across the Firth of Clyde to Ayrshire.

We know that the area was settled in prehistoric times, as evidenced by the Giants' Graves chambered tombs on the wooded hilltop just southwest of the village.

Arran later formed part of the vast Norse kingdom, and Vikings buried their dead at a mound near Kings Cross Point, just north of Whiting Bay. When the burial mound was excavated, a coin was discovered from the time of Wigmund, who served as Archbishop of York between AD 831 and 854. Also at Kings Cross are the remains of a fortified farmstead thought to be almost 2,000 years old.

A later visitor was Robert Bruce, who sailed from Kings Cross in 1307 on his ultimately successful bid for the throne of Scotland. 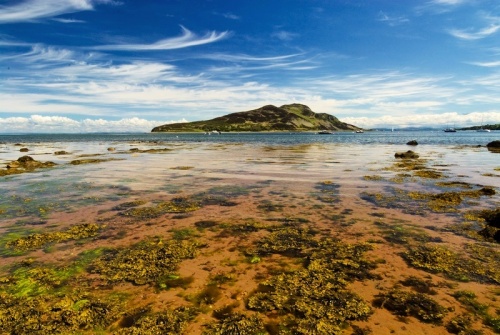 Today, Whiting Bay, like its northern neighbours Lamlash and Brodick, is a popular holiday centre, with a wealth of accommodation options and visitor facilities including an 18-hole golf course.

When a ferry was established between Arran and Saltcoats on the mainland in 1790, it brought increased visitors, leading to an increase in population, and the five hamlets grew to become one larger village stretched out along the bay. Initially, there was no pier, so the ferries had to take passengers ashore in small boats. 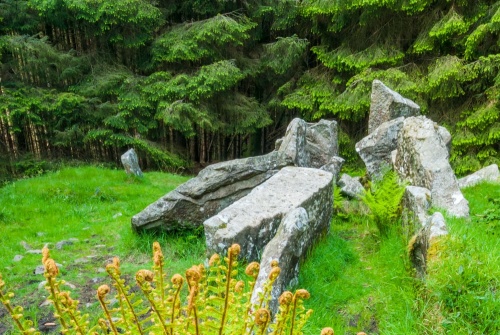 By the middle of the 19th century, Whiting Bay became a popular destination for the gentry, who built luxurious villas by the coastal road. The wealthy new residents built a golf course in 1895, along with a bowling club, putting green, and tennis courts.

In 1901 the jetty was built, meaning ferries could offload visitors directly. This made Whiting Bay even more popular as a visitor destination, and the village grew in size as a result. The ferry service stopped in the 1950s and the steamer pier lasted only a few years after that before closing.

With fewer visitors, many of the villas were transformed to become holiday accommodation. There is probably more such accommodation at Whiting Bay than anyplace else on Arran. 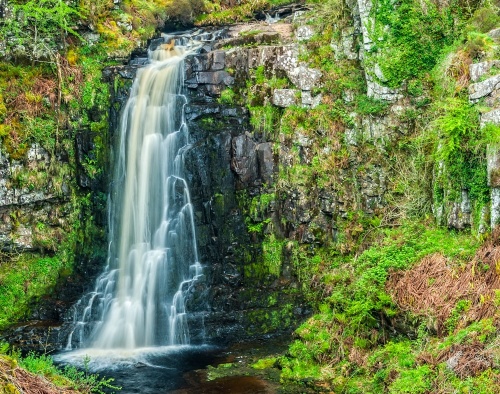 One of the most popular walks on Arran leaves from a parking area just south of Ashdale Bridge, at the southern end of the beach. A trail follows Glenashdale Burn to Glenashdale Falls, a dramatic double waterfall with viewing platforms built out over the gorge. A trail leads from the waterfalls to the Giant's Graves.

Whiting Bay is on the Arran Coastal Way long-distance trail, which follows the spectacular coastline around the entire island.

From Whiting Bay, you can look north to Holy Isle, where St Molaise lived in a cave that can be visited in the summer months by a ferry from Lamlash.

Whiting Bay is in the southeast corner of Arran, on the A841 south of Lamlash. There are car parks in the village centre near the jetty, at Ashdale Bridge, and near the church at Sandbraes.

Nearby accommodation is calculated 'as the crow flies' from Whiting Bay. 'Nearest' may involve a long drive up and down glens or, if you are near the coast, may include a ferry ride! Please check the property map to make sure the location is right for you.