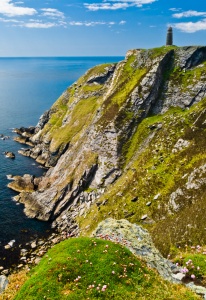 High on a clifftop on the western edge of the Oa peninsula on Islay stands a tall cylindrical monument, looking rather like a gargantuan gherkin. The monument was erected by the American Red Cross in 1920 to commemorate the lives lost in separate marine disasters in 1918.

On 5 February 1918 the American troopship Tuscania was en route to the UK, carrying over 2,000 US soldiers, when it was hit by a German torpedo fired by U-boat UB77, 7 miles off the Islay coast. The loss of life was horrific; 200 American soldiers were lost, with 60 British crew either drowned or dashed to death on the jagged rocks. The ship's bell from the Tuscania is on display at the Museum of Islay Life in Port Charlotte.

Later that same year, on 6 October, just 5 weeks before the Armistice that would end hostilities, the HMS Otranto sank near Kilchiaran in Machir Bay after a collision with the troopship HMS Kashmir in appalling weather. The Otranto sank within sight of shore, and a further 351 American servicemen died, with 80 British crew.

The American and British dead were buried in a military cemetery atop the cliffs at Kilchoman. The Americans were later repatriated, but the British dead remain, many of their gravestones marked simply with 'Known unto God'. 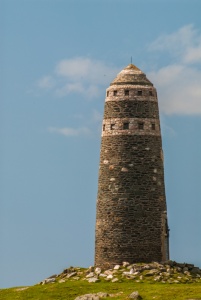 The monument from
the south

Islay had been depopulated of its able-bodied male population by the war; only old men and boys were available to help rescue the survivors of the Tuscania disaster. The news of the sinking shocked the US. It was the largest loss of American life on a single days since the Civil War over 50 years earlier. Many of the dead were battered so badly that identification was extremely difficult.

The police sergeant at Bowmore had the job of recording the bodies and noting any distinguishing marks which might be useful in identifying them. Many of the residents gave what little food and clothing they had to help ease the plight of survivors. A pair of islanders managed to rescue 3 men with the aid of a long broom handle before they were dashed onto the rocks.

To commemorate the twin tragedies, architect Robert Walker was called in to design a memorial.

Near the base of the monument is the carving of a wreath, with the inscription, 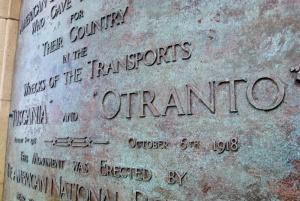 A separate memorial plaque is carved with the words,

"Sacred to the IMMORTAL MEMORY of those SOLDIERS AND SAILORS Who Gave Their Lives for Their Country in the Wrecks of the Transports 'TUSCANIA' February 5th 1918 and 'ONRANTO' October 6th 1918. This Monument was Erected by THE AMERICAN RED CROSS Near the Spot Where So Many of THE VICTIMS OF THE DISASTERS SLEEP in EVERLASTING PEACE"

Half the enjoyment of visiting the American Monument is getting there. The road to Oa from Port Ellen ends at a parking and picnic area, and footpaths lead across an RSPB nature reserve to the cliffs.

From there a way winds along the cliff-top, through some of the most incredible coastal scenery on Islay. The views along the rocky coastline are simply stunning. If you are lucky you might see golden eagles or choughs. The west part of the Oa has been designated a Special Protection Area (SPA) to preserve the chough habitat. If you are lucky you may also see wild goats, as I was fortunate enough to do.

The monument is visible from a long way away, and makes a compelling landmark on the horizon. I've perhaps been unkind about the design of the monument, but it is hard not to get a lump in your throat when you read the poignant inscriptions remembering the dead, and realise the sacrifices made by the islanders to save as many of the sailors as they could. This is a place of pilgrimage, and a place to reflect. 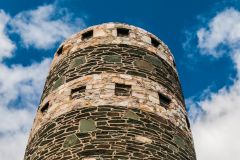 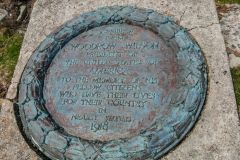 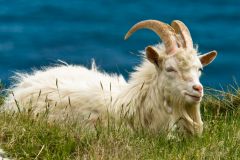 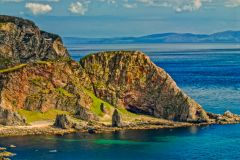 Nearby accommodation is calculated 'as the crow flies' from American Monument. 'Nearest' may involve a long drive up and down glens or, if you are near the coast, may include a ferry ride! Please check the property map to make sure the location is right for you.

More self catering near American Monument, Mull of Oa

More bed and breakfasts near American Monument, Mull of Oa