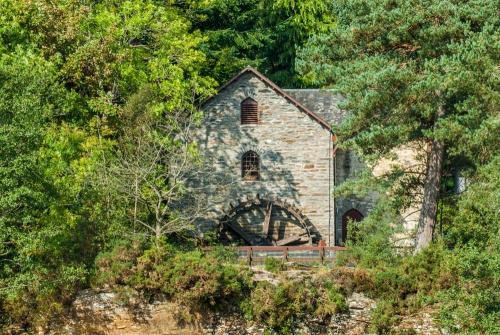 The northern gateway to the Trossachs, the pretty village of Killin is a popular visitor destination in its own right. It is easy to see why; Killin is situated astride the River Dochart at the western tip of Loch Tay, and the Falls of Dochart run through the centre of the village.

The local Stirling council in association with the Loch Lomond & Trossachs National Park and Historic Environment Scotland has put together a Killin Heritage Trail linking historical places around the village.

There are four information panels and maps inking the panels, starting at the Falls of Dochart at the south end of the village and following Main Street north. Here are some of the major historic sites you can see by following the trail:

In the middle of the River Dochart is an island known as Innis Buidhe, or Yellow Island. This is the ancient burial ground of Clan MacNab, surely one of the most beautifully situated burial grounds in Scotland. Killin was the heart of Clan McNab territory.

The clan name comes from the Gaelic Mac an Aba, or 'son of the abbot'. Clan members have traditionally claimed descent from an early Abbot of Glendochart. The McNabs had a long and bloody conflict with Clan Neish, and the clan badge features the severed head of a Neish chieftain.

So highly did the MacNabs prize their burial ground that one clan chief famously wooed his intended bride by telling her that if she were to marry him, she could be buried here. The exterior of the site can be viewed from the bridge, and keys to enter the burial ground can be obtained from the Breadalbane Folklore Centre at the Old Mill (see below). 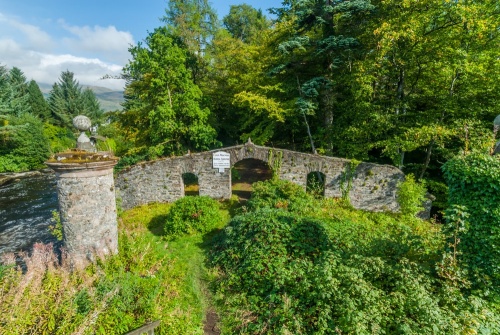 On the far side of the Bridge of Dochart paths lead from the road down onto the rocks by the Falls. The going is not difficult, but beware if the river is in spate! From here you get good views of the historic 18th-century bridge and across the river to the Old Mill.

Bridge of Dochart was built in 1760, possibly using stones from the river itself. It still carries traffic across the roaring River Dochart.

On the north-west bank of the river is the Old Mill, a picturesque 19th-century former tweed mill with a restored millwheel. The mill houses the Breadalbane Folklore Centre, with a special display on St Fillan. The saint was a 7th-century monk who was said to have founded the original mill on this very spot. See Fillan's legendary healing stones which can still be used today for healing purposes by special arrangement.

On Manse Road is an 18th-century whitewashed cottage that has been used as a Masonic Lodge since 1912. Look for the traditional Masonic symbols of the square and compass on the outside of the building. Further up Manse Road is the manse itself, built by the 1st Marquis of Breadalbane. Its first resident minister was one of those rebellious clerics who left the Church of Scotland in the 1840s to create the Free Church of Scotland. 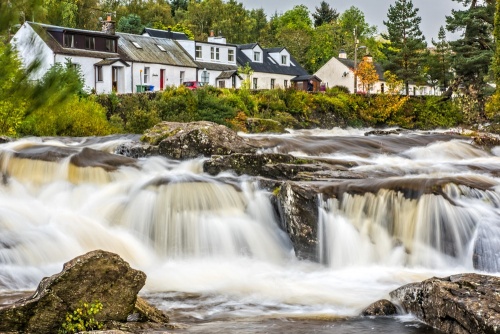 At the north end of the high street is Breadalbane Park a public park and playing field given to the village in 1953 to celebrate the coronation of Elizabeth II. Go through the park gates and follow the paved path to your left until you come to a solitary standing stone set in the turf. This is known as Fingal's Stone (or sometimes as Fingal's Grave Stone), said to mark the burial place of the legendary Celtic giant Fingal (otherwise known as Fionn mac Cumhaill or Finn Macool).

Across Main Street from Breadalbane Park is a row of single-storey whitewashed cottages with colourfully painted doors and window-frames. These cottages probably date to the 18th century. They are built with rubble gathered from the river bed and local fields, with larger stones at the wall base to create a firm foundation. You can see these larger stones jutting out at ground level, a sure indication of the building's age. 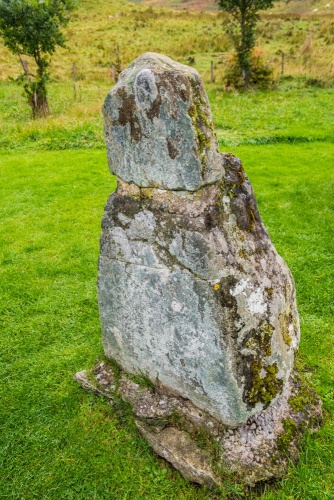 At the north end of High Street is McLaren Hall, built in 1935 with a donation from Archibald McLaren of Dall Lodge. It is made of concrete shaped to resemble blocks of stone. Across the road is St Fillan's Episcopal Church, a kit church built in 1876 by the 7th Earl of Breadalbane. It was popularly known as 'The Grouse Church' because it was intended to serve guests at the Earl's private shooting parties.

Just up the road is the Church of Scotland church, erected in 1744. Rev James Stewart was the most famous minister at Killin. In 1767 Stewart translated the New Testament into Scottish Gaelic. A monument to Stewart stands outside the church. Across from the monument is a traditional Scottish cairn that houses a Millennium time capsule containing local community records. 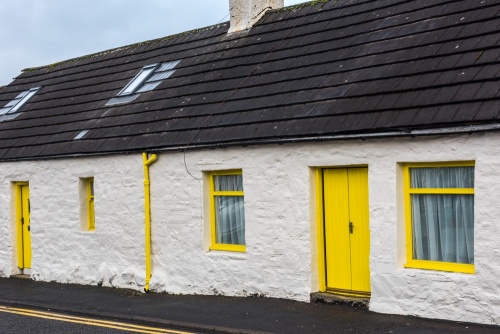 On the outskirts of Killin, a bridge leads across the river to the grim ruins of Finlarig Castle, the stronghold of Sir Duncan Campbell, the infamous 'Black Duncan'. The castle dates to the 11th century but was rebuilt by Campbell in the 16th century. Over the door are the coat of arms of James I and Queen Anne, a sign of the royal approval the Campbells enjoyed.

At the foot of the castle is a rectangular pit, looking like an oversized grave. The analogy is apt, for this is the Beheading Pit. Legend tells that it was here that the Campbell lairds of Finlarig watched from the castle windows as their victims were executed as after-dinner entertainment. The castle is situated on private ground, and there are posted signs warning that the ruins may be unsafe, so be warned! 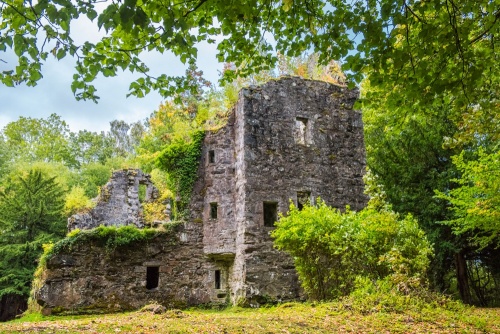 At the northern tip of Killin, a minor road leads west into Glen Lochay. After about half a mile you come to a traditional Scottish longhouse preserved by the National Trust for Scotland. Longhouses like this were built with space for cattle at one end and humans at the other. The Moirlanich Longhouse features cruck construction based on stone walls, but the remarkable feature is a 'hingin' lum', or hanging chimney, made with wooden laths covered by papier-mache.

Nearby:
Balquhidder and Rob Roy's Grave 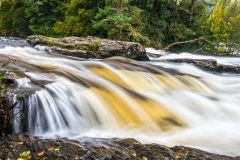 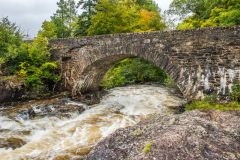 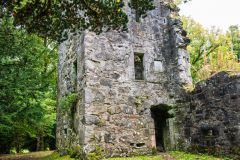 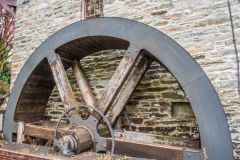 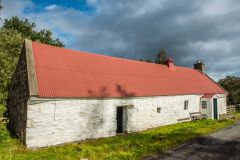 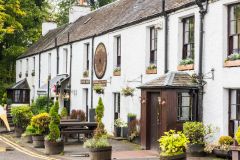 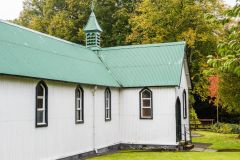 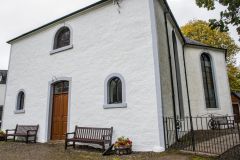 More self catering near Killin

More bed and breakfasts near Killin