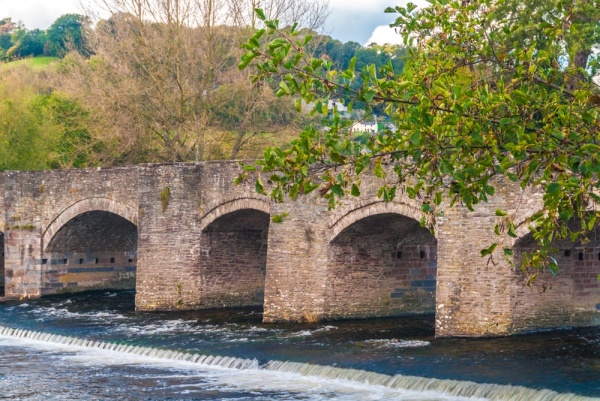 Crickhowell is a pretty town on the River Usk, on the eastern edge of the Brecon Beacons National Park. To the north lie the Black Mountains, but it is the river and the stunning beauty of the Usk valley that make Crickhowell such a delight to visit.

The town's Welsh name gives a hint as to its origins. Crucywel refers to Crug Hywel (Mound of Hywel), a reference to the prehistoric fort that occupies the flattened top of Table Mountain above the town. An alternative explanation is that 'Mound of Hywel' refers to the 13th-century Norman castle mound. The name first appears as Crickhowell in 1263. 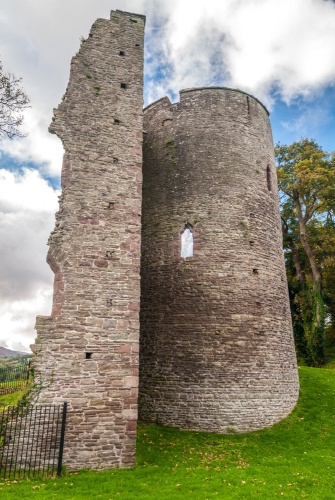 It is possible that the town actually developed a mile to the north-west, around an early 12th-century motte at Maescelyn, and the focus of the lordship later moved to a more strategic location close to a crossing of the River Usk. It is possible that Crickhowell Castle (also known as Alisby's Castle) was built at this time, probably around 1172.

The castle was erected on a spur of high ground between the Cwmbeth Brook and the River Usk by Sir Grimbald Pauncefote. A new town was laid out around the castle, with regular streets and building plots. This new planned settlement was in existence by 1281, for in that year Edward I of England granted a charter confirming its right to existing markets and fairs. Two years later Crickhowell was named a borough, though it isn't clear whether a royal charter was ever granted. 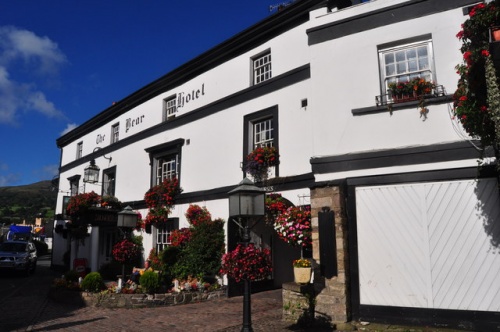 The nascent town had a castle, borough status, and the right to hold markets, but there is no record of a parish church until the early years of the 14th century when the present church of St Edmund was built. Before that time it seems that the residents of Crickhowell had to walk to the chapel of St Mary beside the motte at Maescelyn.

The church was built sometime prior to 1303 by Lady Sibyl Pauncefote. Her effigy lies within the church as does that of her husband Sir Grimbald.

In the 14th century, the powerful Mortimer family gained control of both the castle and the town, but in 1402 they both reverted to the Pauncefotes. Sir John Pauncefote strengthened the castle to counter the threat of attack during Owain Glyndwr's rebellion. His efforts were in vain, for the castle fell to Glyndwr's men and was destroyed. The castle was never rebuilt and today it is a poignant, if still impressive, ruin. 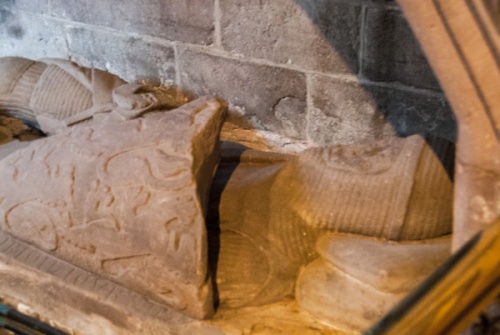 The town must have been badly damaged in the rebellion and seems never to have recovered its prosperity. By 1610 it no longer had a market, and a traveller in 1675 recorded about 100 houses and a run-down inn.

Things began to look up in the Victorian period. The market was re-established and diarist Richard Fenton called it 'the most cheerful looking town I ever saw'.

Despite its medieval origins, Crickhowell is known for its large number of attractive Georgian buildings. One of the oldest buildings in the town is the Bear Hotel, thought to date to the 15th century. The Bear retains its cobbled yard and arched opening for post horses to enter. The White Hart Inn on the western edge of Crickhowell is also 15th century. The Malt House dates to about 1540. 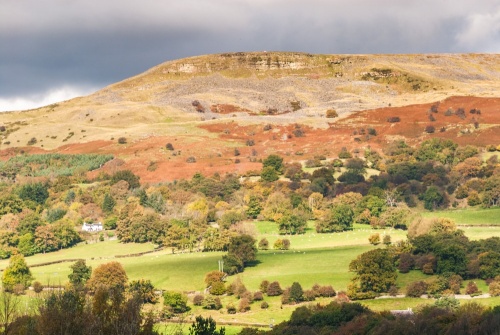 Despite all these historic buildings, it is Crickhowell's attractive bridge that has gained the most popular attention over the centuries. The earliest mention of a bridge here comes from 1558. The present 13-arched structure may date to that time; it appears to be of 16th/17th-century style. It was rebuilt entirely in its present form in 1706 and widened in 1810.

Three miles west of Crickhowell is Tretower Court and Castle. Tretower consists if a ruined 13th-century keep and a restored 15th-century mansion house set around a walled courtyard. Tretower is a delight to explore, with a recreated medieval garden beside the manor house and the timber-framed great hall furnished to show how it would have looked with the tables set for a medieval feast.

More self catering near Crickhowell

More bed and breakfasts near Crickhowell

Self Catering near Crickhowell