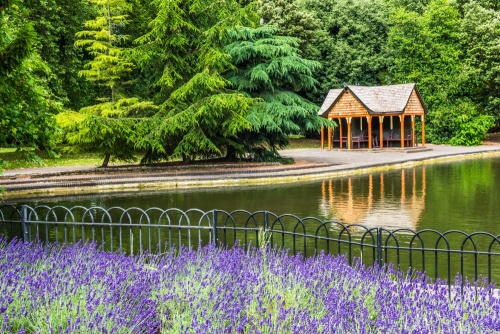 This 200 acre historic park by the banks of the River Thames has sub-tropical and wildflower gardens, a deer park, a miniature railway for children, and a small zoo, among other family delights. The park is located between Chelsea Bridge and Albert Bridge, across the Thames from Chelsea.

The park was originally part of a plan by upper-class Victorians to keep the lower classes of London in order by giving them an open-air space for exercise and recreation. 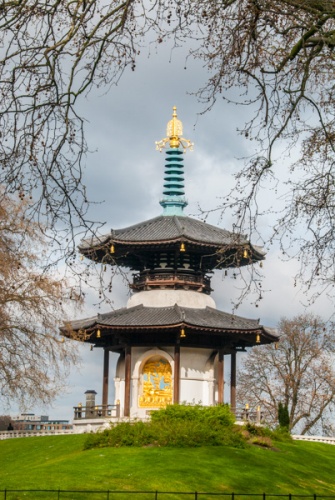 The area now covered by Battersea Park was once the haunt of gypsies and taverns of the lowest sort, a place where drunken brawls and duels were not uncommon. In 1843 a property developer named Thomas Cubitt joined forces with the local vicar, the Honourable Reverend Robert Eden, to propose a park on part of Battersea Common.

The unlikely partners brought their idea to Queen Victoria's Commission for Improving the Metropolis, and the result was an Act of Parliament passed in 1846 authorising the park, taking in the existing pleasure grounds of the Red House Inn.

The government purchased 320 acres of land, closed the taverns, and cleared 200 acres for parkland. The rest of the area was leased for building use to fund the creation of the park.

The design for the new park was created by James Pennethorne and included a perimeter carriage drive with new houses lining the route, and an embankment along the riverside. The actual development of Battersea Park did not take place until 1854 and was a partnership between Pennethorne and Parks Superintendent John Gibson. 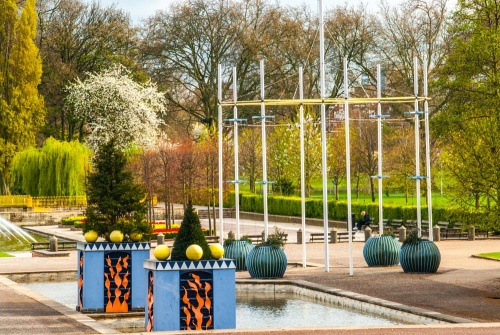 The marshy ground was filled with earth from the Victoria Docks, which was then in the process of construction. An ornamental lake was created, with broad carriage drives. The popularity of the new park was augmented by the sudden popularity of cycling. Bicycles were forbidden in Hyde Park, so keen Victorian cyclists came in droves to Battersea.

The park opened to the public in 1854, though it was not until 1858 that Queen Victoria officially opened the park along with the new Chelsea Bridge. Initially, Battersea Park was based around horticultural displays created by Gibson (see the Sub-tropical garden section below), but London County Council gradually changed the focus to creating a space for recreation.

The park's links to recreation and sport run deep; on 9 January 1864 Battersea Park hosted the first football game played under the rules of the Football Association, which had just been formed. The players were selected by the first President of the FA, Arthur Pember. Wanderers FC, winners of the very first FA Cup, played at Battersea Park.

The most famous event in the Park's history came in 1951, when the Festival Gardens were created as part of the post-war Festival of Britain. The 15ha site along the river bank was intended as a one-off exhibition lasting a year, but the fun-fair remained in operation until 1974.

There are many more garden spaces, however, including a herb garden, Old English Garden, nature trails, and a deer park. 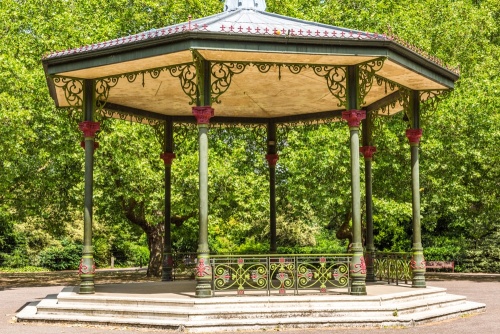 Less immediately obvious, but even more precious, are the wonderful collection of exotic trees which grace Battersea Park. Scattered throughout the park are black walnut, hybrid buckeye, Chinese thuja, Kentucky coffee, and the foxglove tree, among others.

Battersea Park is known for its resident bird population. Fowl to be seen frequently include black swans, cormorants, ducks, herons, and grebes, among others.

The most important historical building in the park is an Italianate pumping house built in 1861 to house a pump and steam engine used to control water flow to the neighbouring lake and cascade. The Grade II listed pump house was designed by William and James Simpson and made of brown bricks under a slate roof. The pump house was restored in 1992 to become the Pump House Gallery, housing art galleries and an exhibition on the history of the Park.

One notable feature is the Peace Pagoda, erected in 1985 by the Nipponzan Myohoji Order of Japanese Buddhist monks to commemorate the anniversary of Hiroshima. The pagoda houses a large gilded figure of Buddha.

On the north bank of Ladies Pool is a controversial carving by Henry Moore entitled Three Standing Figures. Moore chose the location himself, and the sculpture was installed in 1950 (though the sculpture itself was finished two years earlier in 1948). This sculpture was reviled when it was erected, called by critics "a piece of grotesque modern sculpture". 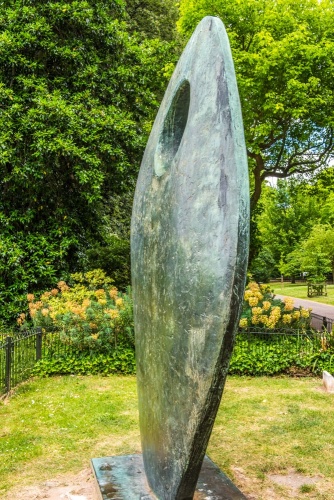 One of the most interesting park features is a sub-tropical garden established in 1863 by John Gibson, the park's first Superintendent. It was the very first sub-tropical garden in Britain and became exceptionally popular with visitors drawn to see the lush colours, huge leaves and unusual species of plants.

Gibson had a long career as a plant-hunter. In 1835 he was sent to India by the Duke of Devonshire to find rare orchids. His explorations took him through South Africa and Madeira. Not only did he bring back plant seeds, but he also brought back new ideas that helped shape public gardens in Britain to this day.

At Battersea Park Gibson created a design of carpet bedding mixed with exotic plants. This began a fashion that quickly swept across the country and influenced public gardens in every corner of Britain. The effects of this popular style can still be seen in today's gardens.

Gibson created a mild micro-climate for tender plants by erecting an earthen bank and belt of trees to cut the wind. He built planting beds on brick rubble to create better drainage. The brick absorbed heat from the sun during the day and acted as storage heaters for the exotic plants during the cooler nights. Many plants were grown in pots so they could be moved to greenhouses for the cold winter months.

Gibson's sub-tropical gardens lasted until WWII when much of Battersea Park became allotment gardens to help feed local residents. The Victorian gardens were restored in 2004. One difference is that all plants now stay in the ground throughout the winter, protected by fleece and straw rather than being moved to greenhouses. 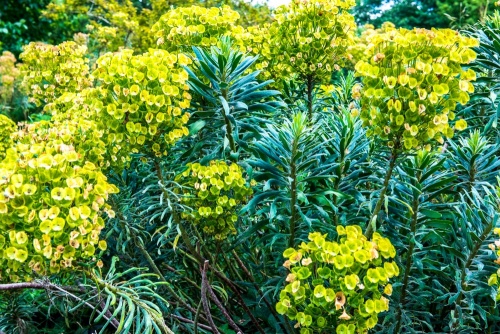 Battersea Park lies on the south bank of the River Thames directly opposite Chelsea. It is bounded on the west by Albert Bridge Road, on the east by Queenstown Road (the A3216), and on the south by Prince of Wales Drive. The western park boundary links directly to the Albert Bridge and the eastern boundary to the Chelsea Bridge.

The nearest tube station is Sloane Square on the north bank of the Thames, but that is at least 15 minutes away. Far closer is the Battersea Park rail station, a two-minute walk from the south-east corner of the park.

Facilities at Battersea Park include:

The park hosts a variety of events, including open-air concerts, art and antique exhibitions, a horse parade, a dog show, and more. 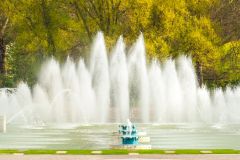 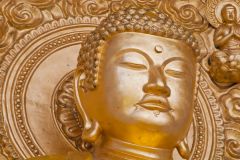 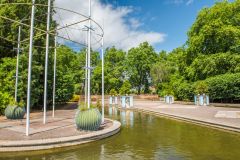 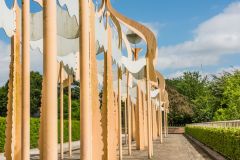 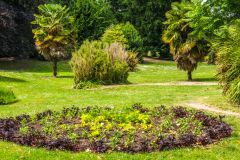 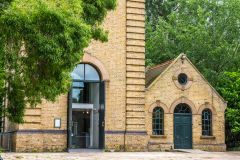 More self catering near Battersea Park