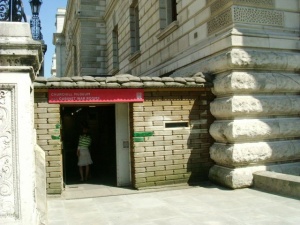 The underground headquarters of the British High Command during WWII, carefully preserved. Churchill would feel right at home here!

The Cabinet War Rooms were constructed during the dark days leading up to World War II, when concerns for the safety of political and military leaders in the event of a major attack on London prompted the building of this suite of underground rooms to act as a wartime command centre.

The site chosen for the War Rooms was the basement of the Public Works building on Great George Street, a site which had the advantage of being close to both Parliament and Downing Street.

Note: You can get Free Entry to Churchill War Rooms with the London Pass