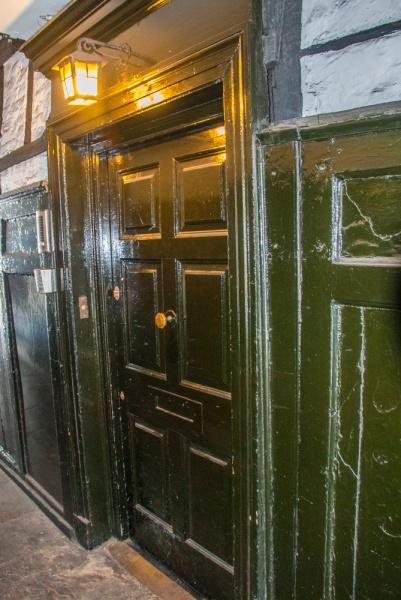 Entrance to the former Texas Legation

London is full of delightfully odd and unusual historic places which never make it onto most tourist itineraries. One of the more unusual historic sites is the Texas Legation, an embassy for the Republic of Texas, established almost directly opposite the gates of St James Palace on the premises of Berry Brothers and Rudd wine and spirit merchants.

The story of the Texas Legation is intertwined with the story of Berry Brothers. In 1698 a widow named Bourne set up a grocery shop in the heart of the elegant St James district, opposite the Palace of the same name. In that same year of 1698, St James Palace became the official residence of the monarch, and ambassadors to Britain are to this day accredited to 'the Court of St James'.

The Widow Bourne's daughter Elizabeth married William Pickering and the family business supplied the fashionable coffee houses of St James. The company adopted the sign of a coffee mill to mark its connection to the coffee houses. The Pickerings rebuilt 3 St James and the adjoining Pickering Place, and added a sideline painting heraldic coats-of-arms for the gentry. 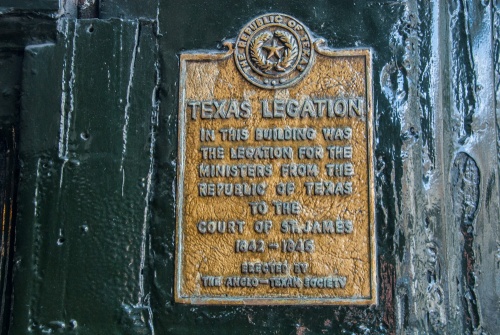 In 1760 the firm began to supply the royal family under King George III. A few years a peculiar fashion began; instead of just weighing groceries the company's scales began to be used to weigh their famous clientele. Luminaries of high society like Beau Brummel, Lord Byron, and William Pitt the Younger came to The Sign of the Coffee Mill to be weighed, and the custom is still practised today.

From 1810 the firm was renamed for George Berry, who began to focus the company more on wines and spirits rather than groceries. In 1845 two of George Berry's sons, Henry and George Junior, took over the family business and from that day forth the company was known as Berry Brothers.

But what has all this historical background to do with the Republic of Texas?

In the early 19th century Texas was a Mexican province, yet most of its residents were English-speaking American settlers. In 1836 the Republic of Texas was formed, with the aim of creating an independent territory free from both Mexico and the US. Not surprisingly, Mexico refused to recognise the Republic.

The USA recognised the Republic in 1837 but refused to annexe it. When invasion from Mexico seemed imminent the government of the Texas Republic sought to balance the threat by creating close international ties to foreign powers, specifically France and the UK. It also established a legation in Washington DC. 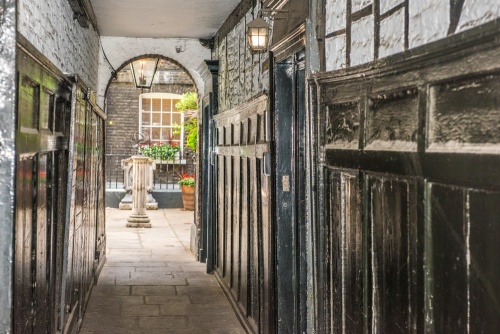 The passage to Pickering Place (Legation on right)

Texas set up legations in both Paris and London. A legation is like an embassy, but at a lower diplomatic level, headed by a lower-ranking government official than a fully-fledged ambassador. It seems entirely possible that the Texas Legation was created to force the US into closer ties to Texas rather than assert the Lone Star State's independence.

The new Legation was set up Pickering Place, an alley off St James Street, beside the Berry Brothers shop. The wine merchants were more than neighbours; they were landlords to the Legation. The leader of the Legation was Dr Ashbel Smith, appointed by Sam Houston. Smith was a medical doctor and also served as Secretary of State for the Republic.

Berry Brothers must have been pleased to rent the premises to the Legation, for the previous tenants operated a notorious gambling den and whorehouse. The location chosen for the Legation could not have been better; ambassadors to Britain were presented at the Court of St James across the street.

Perhaps inevitably Texas did join the United States in 1845, and the Legation was closed. Documents, comprising mainly diplomatic dispatches, are held by the Texas State Library. 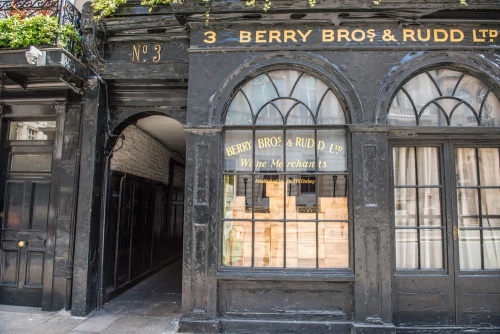 Directly beside the Berry Brothers shop is a narrow, arched opening leading to Pickering Place. At the entrance to the darkened alley is a plaque unveiled in 1963 by the Anglo-Texan Society. The plaque reads:

Texas Legation. In this building was the legation for the ministers from the Republic of Texas to the Court of St James 1842-1845. Erected by the Anglo-Texan Society.

Halfway down the passage is a sconce, lighting a door to the rooms once occupied by the Legation. The rooms are still owned by Berry Brothers, but there is no public access. If you carry on past the former entrance to the Legation you come to London's smallest public square, Pickering Place, once known for bear baiting and duels. The last duel in London was fought here and Napoleon III lived here while in exile (1838-1848).

In 1986, on the state's sesquicentennial, a delegation of 26 Texans visited Berry Brothers & Rudd, dressed in traditional buckskin jackets, and paid the Legation's outstanding debt of $160 to their former landlords ... in Republic of Texas banknotes.

Berry Brothers have marked the ties between their premises at 3 St James Street and the Texas Legation by launching a new brand of whiskey dubbed Texas Legation Bourbon Whiskey. The special blend features flavours of red apples and toffee, molasses and black pepper and was distilled especially for Berry Bros. & Rudd.