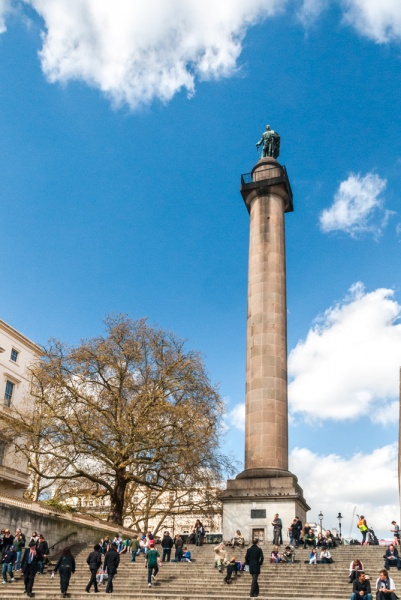 The Duke of York Column

On the north side of The Mall, set neatly between the two large wings of Carlton House Terrace, stands Waterloo Place and Gardens, a broad, open public place.

A set of wide steps lead up from The Mall to Waterloo Place. At the top of the three sets of stairs, known as The Duke of York Steps, and looking down on St James Park and The Mall, stands an imposing granite column topped by a regal bronze statue of Prince Frederick, Duke of York and son of King George III.

The Duke of York Column was designed by Benjamin Wyatt, one of the foremost architects of his day, and erected in 1834. It stands 124 feet high, with a small viewing platform just below the statue. 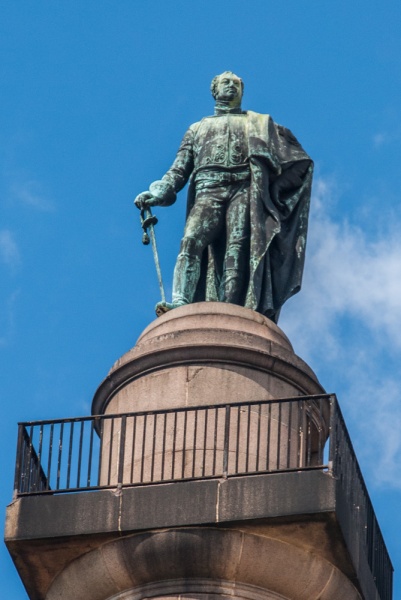 The Duke of York statue by Richard Westmacott

The Duke of York (1763-1827) served as Commander-in-Chief of the British army. He was George III's second son, but he is more famously remembered as the 'Grand Old Duke of York' in the old nursery rhyme:

Oh, The grand old Duke of York,
He had ten thousand men;
He marched them up to the top of the hill,
And he marched them down again.

The origins of the rhyme are the subject of some debate. In its current form, the rhyme was first published in Arthur Rackham's 'Mother Goose' in 1913 but there is a much earlier version from 1642 referring to the King of France rather than the Duke of York. That verse, in turn, is attributed to an Elizabethan comic performer. So it seems unlikely that Prince Frederick was the original target of the satyrical verse, but he is certainly the most famous.

But why is the Duke commemorated in verse? 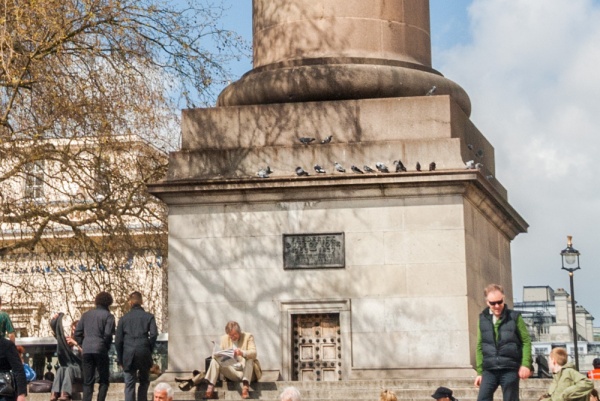 Prince Frederick commanded the British forces during the Napoleonic Wars. He only led one campaign of any real significance; in Flanders, from 1793-1794. The campaign culminated in an ignominious defeat at the Battle of Turcoing, and the Duke was recalled to England.

The defeat did not reflect well on the Duke's military leadership, but in fairness, he was also credited with reforming the army and making it a much more organised, modern fighting force. The Duke of Wellington praised Prince Frederick for his administrative reforms.

The Duke's defeat at Turcoing was the least of his worries. A worse scandal followed when it became known that his mistress, Mary Anne Clarke, was using her position of influence to sell military commissions. The Duke was forced to resign from his role in the Army, though he was later reinstated.

When the Duke died in 1827 every soldier in the Army gave a day's pay to erect a suitable monument in his honour. It seems unlikely that ordinary soldiers had much say in the matter, as the 'donation' was proposed by senior officers. A committee was set up to oversee the project, and submission requested from a number of leading architects.

The winning design was submitted by Benjamin Wyatt, and a mason from Pimlico named Nowell was hired to perform the construction. Nowell had to dig down 22 feet below ground level to find a layer of natural soil suitable to act as a foundation. A layer of concrete was poured at the bottom, topped by a layer of York stone slabs. 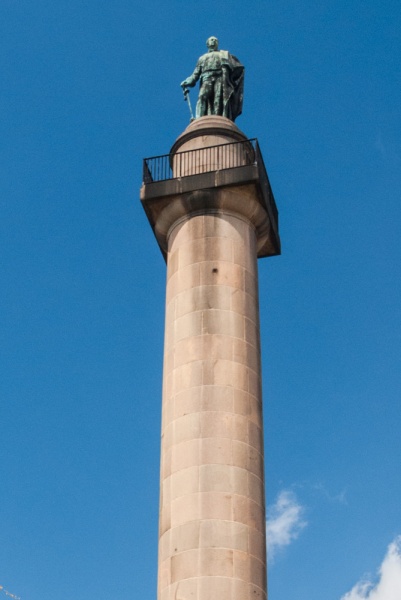 The column top and statue

The column is hollow, and inside it a spiral staircase rises 168 steps to the viewing platform. Unfortunately, the small, rather delicate viewing platform proved unable to take the number of visitors who wished to climb to the top, and so it was closed to the public several decades ago.

The Duke was heavily in debt when he died, leading to popular jokes that the height of the column was his way of trying to escape from his many creditors.

Atop the column is a bronze statue of the Duke dressed in his Garter robes, designed by Sir Richard Westmacott (1775-1856). Westmacott was a member of the Royal Academy and produced a wealth of public monuments, including decorating statues for Marble Arch, and the statue of the Duke of Bedford in Russell Square. He is perhaps best known for the Waterloo Vase in Buckingham Palace Gardens, a huge urn made from pieces of marble collected by Napoleon to mark his anticipated victory in the Napoleonic Wars.

You can approach the Duke of York Column from The Mall or from Carlton House Terrace. It is an easy walk from Trafalgar Square to the east or from Piccadilly Circus to the north. The nearest tube stations are Charing Cross and Piccadilly Circus.