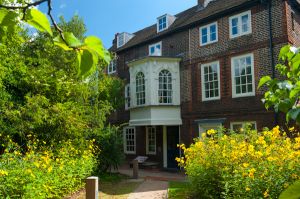 Just 5 minutes walk from Chiswick House, this was once the home of artist William Hogarth, famous for his renderings of the highs and lows of English society in the Georgian period. There are copies of many of Hogarth's paintings and engravings on view.

William Hogarth was born in Smithfields, London. He rose from humble beginnings to become one of London's most popular artists, specialising in prints of his engravings. Hogarth taught himself to paint, and used skills he learned while an apprentice to a silver engraver to create his own series of prints.

Hogarth sensibly priced his art at affordable prices, unlike the artists who catered to fashionable society alone. In so doing he ensured that his prints would reach a wide audience.

He really made his name with his series of prints telling moral stories in a contemporary setting. Among his most popular series were A Harlot's Progress, and A Rake's Progress. When less scrupulous artists copied his work, Hogarth successfully launched a campaign to protect copyright for works of art, and thanks to his efforts the first copyright law was enacted in 1735.

Hogarth purchased this modest house in Chiswick as a country escape; a place to get away from the hustle and bustle of city life. It seems strange today when you see the cars whizz by on the Great North Road, but in the early 18th century this area of Chiswick was a rural retreat, a peaceful countryside setting.

The Hogarth family extended the house and cultivated the walled garden that surrounds the house. Within the garden is a mulberry tree used to make mulberry pie for the Foundling children they took in. At the bottom of the garden was Hogarth's 'painting room', a private studio that he used right to the end of his life. 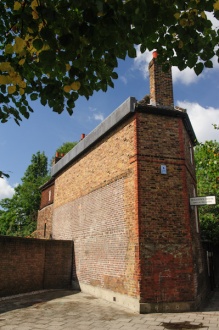 The house is both a museum of Hogarth's work and his family home, preserved as it was when he lived here. The walls are hung with prints of his engravings, but there is much more to the house than just artwork; the interiors show how the family lived, and show artefacts associated with the Hogarths and life in the mid-18th century.

There is authentic Georgian furniture and some replica pieces by the Chiswick Art-Workers Guild. There is a small gallery in the former kitchen showcasing contemporary works by Guild members.

A short walk from the house is St Nicholas' churchyard, where Hogarth is buried near his friend, actor David Garrick.

We came to Hogarth's House on a sunny summer's day. We arrived early, and waited outside, while traffic rushed by a few steps away. It is amazing to think how Hogarth must have experienced Chiswick almost 3 centuries ago.

To think of this busy corner as a quiet country retreat took some imagination! However, when we entered within the high brick walls, and the sound of traffic melted away, it was easier to imagine how Hogarth and his family must have enjoyed their new home.

The garden is small, even by city standards, but there are lovely trees and flowering shrubs to add colour to the walled space. Inside, I was very pleasantly surprised by how filled with light the house was. The living quarters are small, but bursting with memorabilia and prints of Hogarth's work. There are displays charting the course of Hogarth's career and the impact his work had on Georgian society.

One thing that the museum really showed is that Hogarth was much, much more than 'just' an artist. He was the social conscience of his age, just as Dickens would become over a century later. Things that we take for granted today, like caring for orphans, treating animals without cruelty, copyright for original creative works, all these ideas were new in Hogarth's time, and his voice was one of the strongest for righting the social injustice he saw in London life.

I came away from Hogarth's House with a great appreciation for the artist and the man. Now, that's a museum experience to treasure! 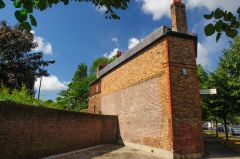 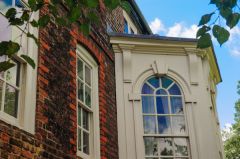 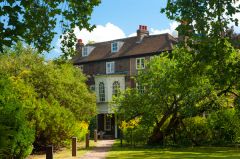 More self catering near Hogarth's House >>