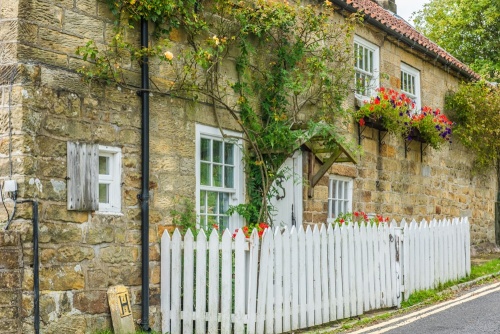 A pretty cottage in Beck Hole

Beck Hole is a small, quiet village in the heart of the North York Moors National Park, close to Goathland. The village can only be reached by a steep lane, which means that it escapes the worst of the tourist hordes, leaving those who venture to find it the pleasure of discovering a peaceful hamlet untouched by the bustle of nearby neighbours.

That sense of timelessness is enhanced with the tradition of the Sword Dance, possibly derived from pagan fertility rituals. The Sword Dance is irregularly performed, and includes ritual songs, an intricate dance holding swords, and comic characters such as 'T'Awd Man', dressed in a felt hat and carrying a crooked stick and 'Betty' the besom.

The sense of the distant past is preserved in Beck Hole with the legend of the Beck Hole Worm. As the story goes, in the time when the Danes held northern England (i.e. from the 8th-10th centuries) a worm, or dragon dwelt in the forest that encompassed Beck Hole and Goathland. It was as long as 27 men laid head to toe, had scaly skin and gave off a scent like wild garlic. 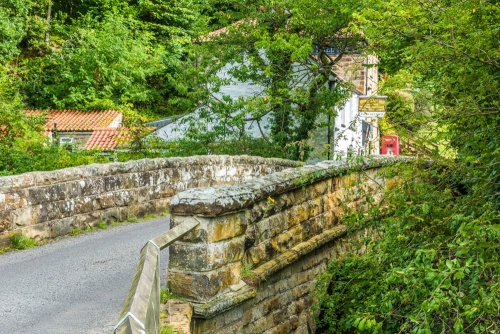 The pretty bridge across Eller Beck

A Danish knight named Roland was charged with slaying the worm. This he agreed to do, and asked that the beast be lured by a fair maiden tied to a tree. A maiden named Kitty was duly tied to a tree as a lure, and when the beast attacked, Roland was ready to do battle. For a day and a half the pair strove, until finally Roland, aided by the Holy Seal which he always carried, slew the Worm and rode off with Kitty. Or so the story goes ....

The village dates to the 13th century, when the King's Foresters cleared the high moorland in the Forest of Pickering to make room for smallholdings. The settlement gradually spread to the valley below. Very gradually, for only one farm is recorded in 1572.

From these fairly late beginnings, the village grew up, but only slowly. By 1851 there were only 6 dwellings. It was the coming of the railway through the valley in 1836 that started a boom that continued with the Industrial Revolution when coal and ironstone were mined locally and shipped by rail to Whitby. 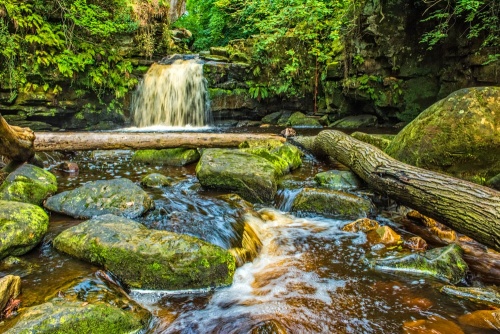 The local pub is the Birch Hall Inn, which revels in being one of the smallest pubs in Britain. There are 2 bars separated by a sweet shop, and a sense of timelessness is pervasive. The inn dates to the 1600s.

The disused railway line linking Goathland with Grosmont runs through Beck Hole. The railway is now a popular walking trail known as the Rail Trail.

From the picturesque bridge beside the pub, a signposted trail leads about a mile to a beautiful waterfall known as Thomason Foss.

Just over two miles distant are the remains of an ancient track known as Wheeldale Roman Road, though the road may predate the Romans. 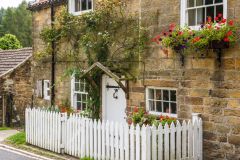 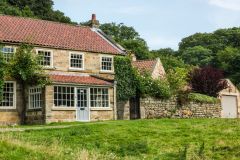 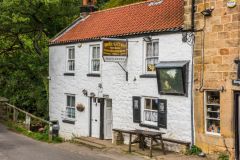 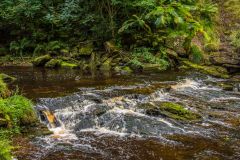 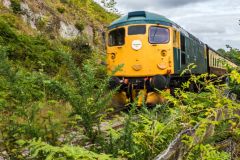 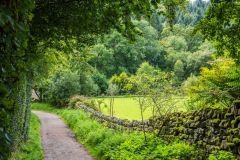 More self catering near Beck Hole >>