HERITAGE HIGHLIGHTS:   Is it a Roman road or a Neolithic field boundary? 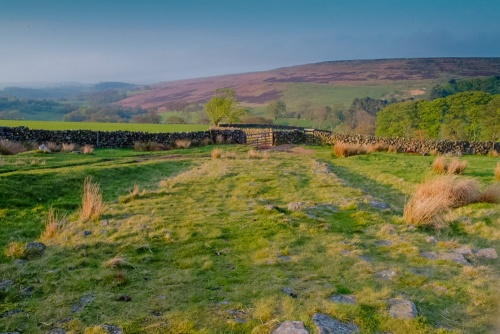 On an isolated stretch of Wheeldale Moor run the remains of a road which is generally thought to be Roman, though some authorities believe it to be either Saxon or, possibly, pre-Roman. Reached by a path across a field.

The road is composed of very large slabs making up a lightly rounded surface, with evidence of drainage ditches. It is possible that the road was built to ease troop movements to the coast. Local legend tells that it was built by the giant Wade so that his wife, Bel, could take her sheep to their pasture more easily. Another version says that the road linked Wade's home at Mulgrave Castle with his wife's home at Pickering Castle.

English Heritage calls it a 'linear monument', which is descriptive but not too specific. The first written record of the Wheeldale 'road' comes from a map of 1720, where it was called 'Wade's Causeway - a Roman Way'. The association with the Romans was picked up by later antiquarians as a given fact.

It was said to be part of a road stretching from Amotherby to Whitby, a distance of about 33 miles. Theories suggest that a road could have looped north to the Esk Valley, or south Sutherland Lodge. Many of the 'road' theories are based on conjecture, linking Roman finds at various nearby locations to create a possible road route. 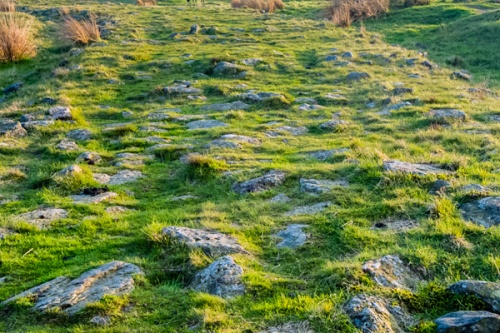 However, recent archaeological investigation has cast doubt over the Roman link. Archaeologists now think its current form could be medieval, possibly based on a Neolithic boundary feature.

The exposed section of 'road' on Wheeldale runs about 1.25 miles along the eastern slope of the moor. Large parts of the road surface have been covered by encroaching moorland. Before the moorland regeneration covered parts of the road, it was measured at between 5.4 and 6.7 metres across, with kerbstones of upright stone slabs at some points.

In the 1950s a series of 12 channels were found, described as culverts, but yet again this interpretation has been questioned by modern archaeologists, leaving us once again with the question, was it a road, or something else entirely?

It is the location that makes Wheeldale so enjoyable to visit. The setting is simply wonderful, with views over the exposed moors. The road itself is easy to make out, though puzzling. If you've seen Roman roads before, say, for example, at Binchester in County Durham, you might expect a very regular surface of carefully laid stones, arranged in layers according to a standardised system of road-building practice.

That simply isn't the case at Wheeldale; here the stones seem huge by comparison, and in places strewn about with abandon. Walking along the surface of the 'road' I couldn't stop puzzling over whether it was a road at all. But no matter what may be, it is a fascinating historic site, and the mystery only adds to its appeal. 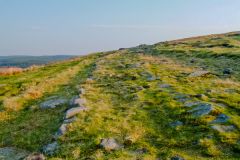 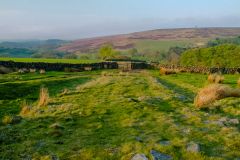 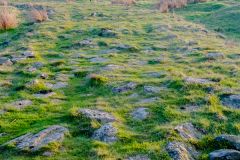