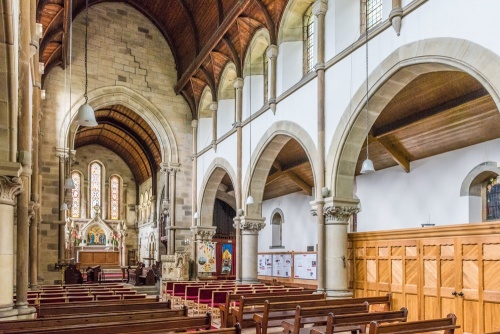 In 1836 a railway line from Whitby reached the North York Moors village of Grosmont on its planned route to Pickering. The advent of the railway had a profound effect on this isolated village. Within a few years two ironstone mining companies began operation, and four lime kilns opened.

The result was a population explosion, turning Grosmont from a sleepy rural village to a bustling hive of industry.

To meet the needs of the rapidly expanding population a church was needed. But how could the residents pay for it?

Henry Belcher, a solicitor from Whitby, had an answer. Belcher was an investor in the Whitby Stone Company and a shareholder in the Tunnel Inn in Grosmont. He was also the man behind the Whitby to Pickering Railway. He wrote two booklets: 'The ancient Priory of Grosmont' and 'The Scenery of the Whitby and Pickering Railway'. The proceeds from booklet sales funded the new church, dedicated to St Matthew. 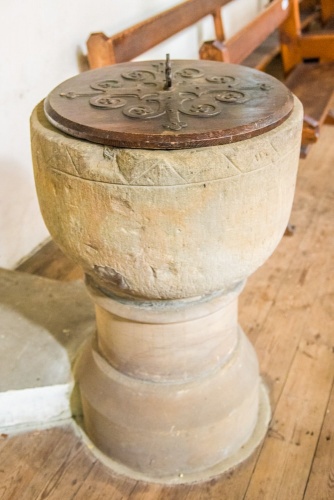 In 1839 Belcher organised a two-day church fundraising bazaar in Grosmont. He laid o special trains to carry visitors to the bazaar. The special trains are thought to have been the first passenger excursion train services in the world.

Belcher's efforts proved a huge success and the bazaar raised some £532 in two days.

The church was built directly on top of settling pits - possibly for oak tanning or alum processing. Iron mine shafts extended under the building site, raising fears amongst the congregation about the new church's stability. Extra support pillars were erected in the mine shafts to make the site more stable. 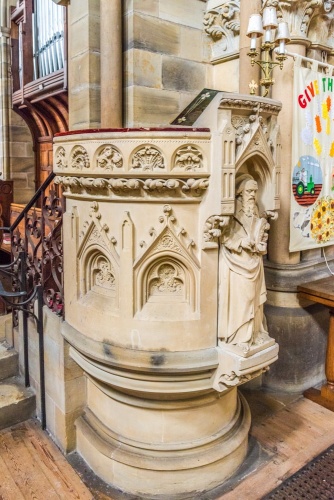 The pulpit of Caen stone

Within a few decades the church proved inadequate as the population of Grosmont continued to expand. In 1873 it was pulled down and replaced with the present Victorian Gothic church, dedicated to St Matthew.

The new church was consecrated two years later in 1875 by William Thompson, the Archbishop of York.

The architects were J Mitchell Bottomley of Whitby and Charles Noel Armfield, the York Diocesan Surveyor. The church was funded by several wealthy industrialists, notably Thomas and Charles Bagnall, a pair of ironmasters. Another major contributor was Mrs Mary Clarke, the sister of the polar explorer Rev Dr William Scoresby of Whitby. 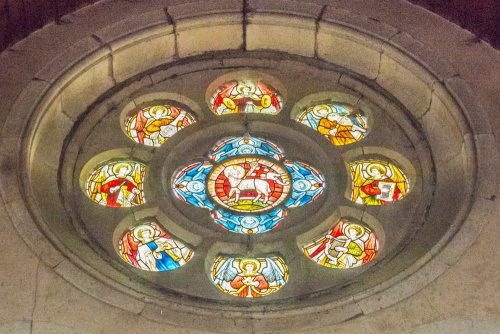 Mr Armfield placed a sealed glass bottle in a hole under the cornerstone of the new church. The bottle contained the latest issues of the two leading Whitby newspapers, Punch magazine, Fun magazine (a children's' periodical), coins of the realm, and a short history of the church written on parchment.

The church was loosely based on Early English style with French influences. It is built of locally quarried sandstone ashlar under a roof of Welsh slate. The north face of the roof uses bi-coloured tiles to create a Geometric pattern.

Most of the stained glass windows were installed as memorials. One window was a memorial to Henry Belcher, who died in 1854. Money was raised locally to pay for a circular window in his memory. This was carefully removed from the old church before its destruction and installed in the west wall of the new church. 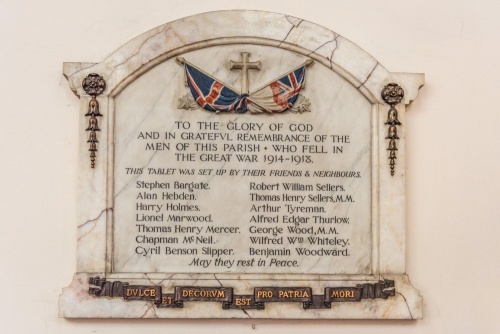 The oldest feature inside the church is the early Norman font, supported on a Victorian base. The pulpit is of Caen stone and incorporates a statue of St Matthew. The altar was carved by Robert 'Mouseman' Thompson of Kilburn. In the aisle are two separate war memorials, one for the dead of WWII and a separate memorial for those who died in WWII.

You reach the church through a Grade II* listed pedestrian tunnel designed by George Stephenson in 1834. The subway was originally a horse tramway tunnel for the Whitby to Pickering railway line. It was made redundant in 1847 when a steam railway tunnel was built beside it for the York and North Midland Railway Company. The pedestrian tunnel is the only Grade II* listed structure in Grosmont.

Access is via a footpath off Front Street, opposite the railway station. Take the path past the old schoolhouse, through the George Stephenson railway tunnel, and you will see the church ahead on your left. The church was open when we visited. 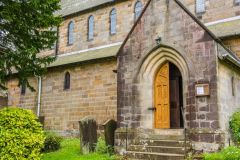 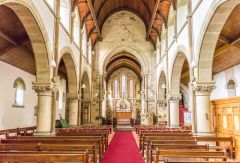 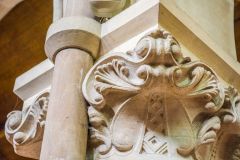 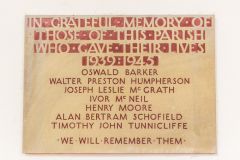 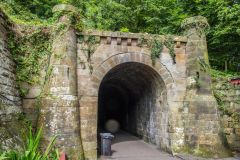 Self Catering near Grosmont