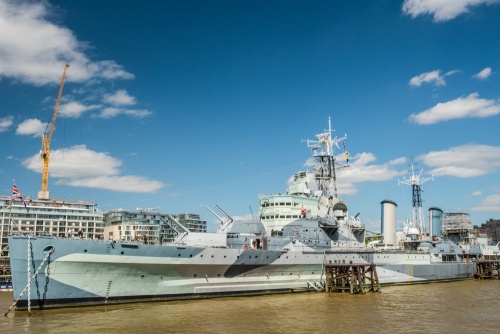 The HMS Belfast is a floating museum; a light cruiser warship, which saw service in both World War II and the Korean War. It was also involved in peacekeeping duties during the 1960s and 70s.

HMS Belfast is a Southampton class cruiser, built in 1936 at the Harland and Wolff Shipyard in Belfast. It was commissioned into the Royal Navy on l5 August 1939.

Aside from convoy escorting duties in WWII, the Belfast took part in the operation that sunk the German Scharnhorst in 1943, the sinking of the battleship Tirpitz, and the D-Day landings. 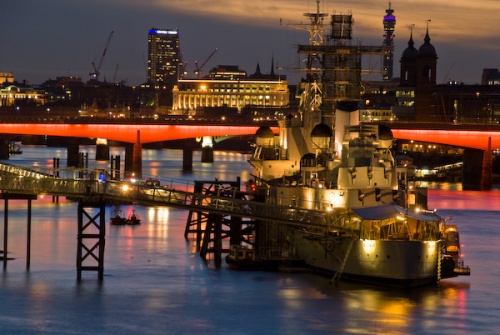 The Belfast was slated to be destroyed in 1971, but it became the first vessel since Admiral Nelson's flagship Victory to be preserved for posterity. It now forms part of the Imperial War Museum's collection.

Younger visitors will enjoy trying on sailor uniforms and listening to historical audio-visual reconstructions of life on board. 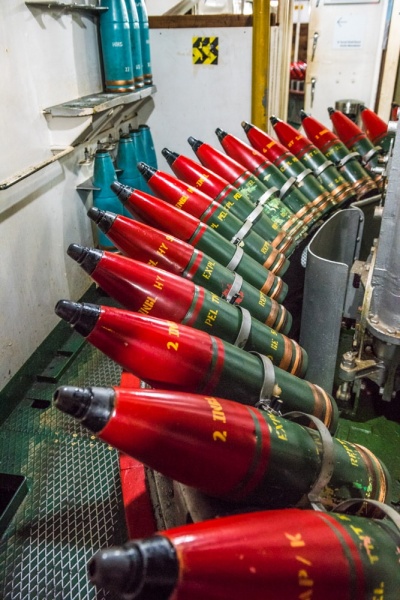 Shells in the gun magazine

This wooden-hulled boat, known as a 'skimming dish', was restored by the apprentices of the Devonport Royal Naval Dockyard and the Dartmouth Skimming Dish Preservation Group and presented to the Imperial War Museum in 1991. This is the only example of a skimming dish still with its original hull and Coventry Climax Supercharged 2-stroke diesel engine.

There are 2 bridges on the HMS Belfast. Since the HMS Belfast often served as a flagship, it needed to have a separate bridge for the admiral in charge of the fleet (it wasn't thought to be good for effective command of the ship to have the ship's captain and the admiral sharing the same bridge). 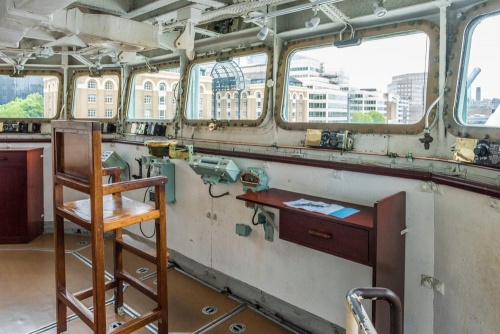 Look for a brass plaque in both English and Russian. It marks the events of 19 October 2010 when a ceremony was held aboard the HMS Belfast in the presence of HRH The Duke of Edinburgh to celebrate the completion of the Last Witness Project, the replacement of both ship's masts. The replacement was made possible by a gift from the Russian Federation in memory of those who served in WWII to keep the Arctic supply route open. 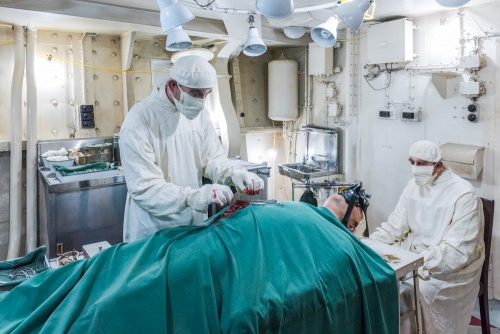 Surgery tableau in the operating room

Providing for a sizeable crew meant that the HMS Belfast needed to prepare massive amounts of food. The kitchen looks like an assembly line, with industrial-scale machinery for cooking, baking, and preparing food. One display shows models of two crewmen peeling potatoes and carrots by hand - it looks like a tedious task!

This is where every sailor came to get their daily ration of rum. Every sailor below officer rank was entitled to a measure of rum (known as a 'tot'), issued at 11 am daily. The rum ration was known as 'Up Spirits' and continued a tradition begun in the 17th century. During the Korean War, the crew of the HMS Belfast consumed over 56,000 pints (32,000 litres) of rum. The rum ration was abolished in 1970. 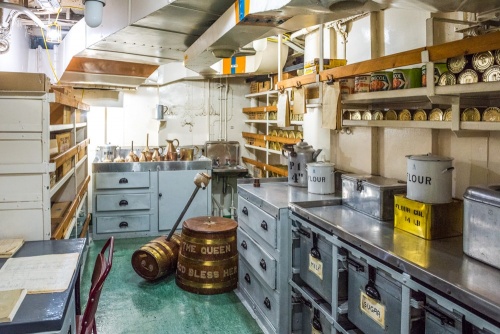 The HMS Belfast boasts 12 six-inch guns in four triple turrets. Visitors can go right inside one of the forward gun turrets to see the gearing and firing mechanism and watch a short video on the guns and how they functioned. You can also enjoy the Gun Turret Experience: A Sailor's Story 1943, using lights, sound, movement, smoke and imagery to recreate the moment on Boxing Day 1943 when the HMS Belfast engaged and sunk the German battlecruiser Scharnhorst during the Battle of North Cape.

The closest tube station is London Bridge. Take the exit signposted for Borough High Street, east side. From the station exit turn right on Borough High Street, cross Tooley Street, and turn right on The Queen's Walk, following the riverside walk until you reach the HMS Belfast cafe and ticket booth opposite Morgans Lane. Be sure to keep your tickets, as they are good for a full year. 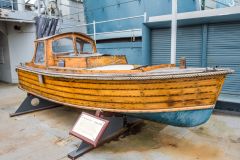 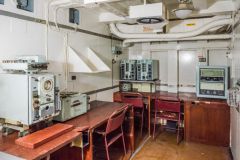 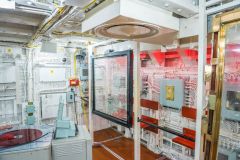 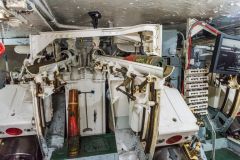 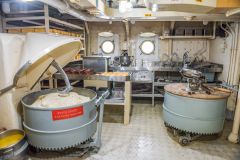 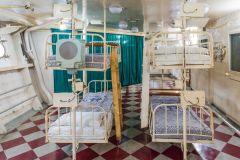 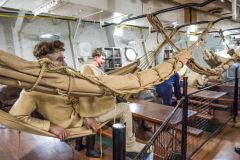 More self catering near HMS Belfast >>