HERITAGE HIGHLIGHTS:   For 600 years the church stood on the main route into london 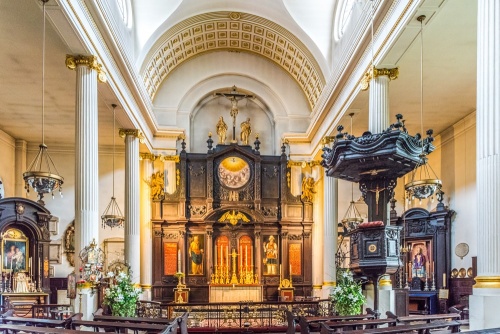 The church of St Magnus the Martyr was built by Sir Christopher Wren following the Great Fire of London in 1666. Wren's elegant new church replaced a medieval building that stood at the northern end of the original London Bridge.

The history of this area of London goes back much further, into the Roman period. A wooden timber that formed part of the Roman riverside wall dating to AD 65 is preserved in the portico under the tower of the present church.

The first written record of the church comes in a charter of William the Conqueror to Westminster Abbey in 1067 where the king refers to 'the stone church of St Magnus near the bridge'. The charter, unfortunately, is probably a 12th-century forgery, but it does seem likely that there was a church here as early as the 11th century. 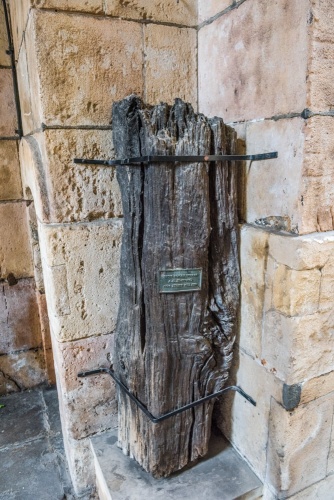 The church's parish was small even by medieval standards; it extended for 110 yards either side of the bridgehead and included Fish Wharf, where fishmongers had their riverside shops.

In 1209 a stone bridge replaced earlier timber bridges. The northern end of the bridge aligned with Fish Street Hill, so the roadway went directly past the west door of St Magnus the Martyr. Built into the bridge itself was a chapel dedicated to St Thomas Becket, erected for the use of pilgrims travelling to Becket's shrine in Canterbury Cathedral. The chapel and two-thirds of the bridge were made part of St Magnus the Martyr's parish.

The church was sometimes used as a place of sanctuary, and records for the year 1238 show that a thief named William of Ewelme successfully sought refuge from prosecution there.

Henry Yevele, the master mason responsible for the naves of Canterbury Cathedral and Westminster Abbey, lived in St Magnus parish. He also rebuilt the bridge chapel. Yevele was buried in the church in 1400 but no trace of his memorial remains. 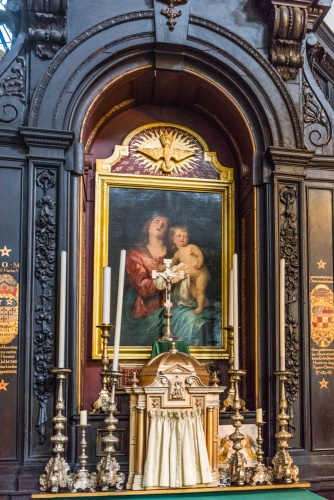 The shrine to St Magnus

St Magnus was a popular meeting place in the medieval period; its location at the north end of London Bridge made it a convenient spot for clergy to meet, for proclamations to be read out, and for criminals to be punished. Prominent merchants and clergy were often buried in the church. Prominent rectors included Miles Coverdale, whose remains were reburied here in 1840.

The church narrowly escaped destruction by fire in 1633 but it was not so lucky in 1666 when the Great Fire of London started less than 300 yards away on Pudding Lane. The fire began in the bakehouse of Thomas Farriner, a former churchwarden of St Magnus. Farriner was later buried in the central aisle of the church in 1670.

The work of rebuilding St Magnus was begun by the master mason George Dowdeswell in 1168 and completed under the direction of Sir Christopher Wren from 1671-1687. It is one of Wren's most costly parish churches, with a final bill of £9,579 19s 10d. 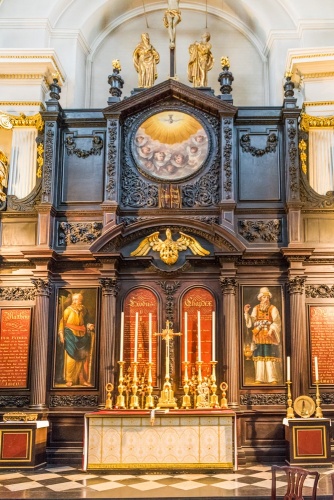 Wren's design called for a chequered marble floor, with the communion table on a marble step, behind wrought-iron communion rails. A steeple was added from 1703-1706.

Projecting from the tower is an iconic clock presented to the church by Sir Charles Duncombe, the Lord Mayor of London. The clock hung over the main roadway heading into the city from London Bridge.

The clock was given as the fulfilment of a vow made by Duncombe years before when he had been stuck in traffic on a cart in the middle of London Bridge without any way to tell the hour. He swore then that if he ever became a success he would give the church a public clock 'that all passengers might see the time of day'. The clockmaker was Langley Bradley of Fenchurch Street, who also made the clock for St Paul's Cathedral.

Duncombe also gave money for the church organ, the first in London to be built with a swell box. The ornately carved organ case is unaltered. It was carved by the Grinling Gibbons studio, though probably not by the master himself. Most London churches have a sword rest, to hold the ceremonial sword used by the Lord Mayor of London when he attends services. St Magnus the Martyr is no exception. The decorative sword rest dates to 1708. 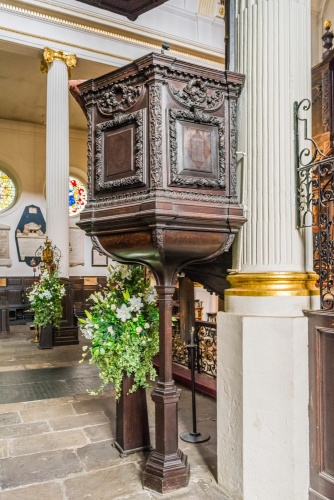 In 1762 alterations to London Bridge meant that the church tower now blocked the roadway into the city. The lower stage of the tower was opened up to create a passage under the structure, and the entrance moved. The tower thus became an entrance porch and pedestrians entering the city passed directly through it.

In 1831 a new London Bridge was built by Sir John Rennie further upstream and St Magnus the Martyr no longer acted as the gateway to London. Two stones from Old London Bridge now stand in the churchyard.

The church received minor damage from bombs in WWII but was fully restored and reopened in 1953. It is now regularly open to visitors through the Friends of the City Churches, who provide volunteer church guides on specific days during the week.

One unusual feature inside the church vestry is a parish fire engine. Just inside the nave is a fascinating model of London Bridge at different times in its history. Look for fire insurance plaques affixed to the tower arches. These plaques are a reminder that in the days before communal fire engines building owners paid private companies fire insurance premiums, and it was up to those individual companies to respond to fire alarms. 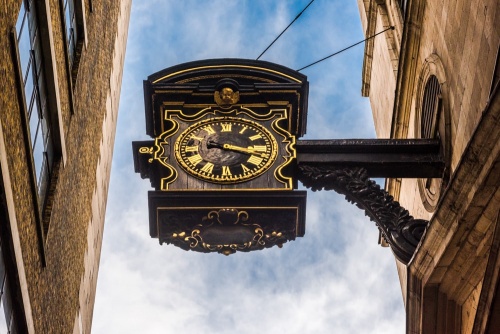 Who was St Magnus?

Magnus the Martyr was Magnus Erlendsson, the Earl of Orkney from 1080-1118, at a time when northern Scotland formed part of a Danish empire that extended down the west coast of Scotland. In 1118 Magnus was lured to the remote island of Egilsay to meet his cousin and political rival. Magnus was treacherously murdered by his cousin, who seized power. He was buried in Kirkwall, and St Magnus Cathedral was raised in his honour. A richly coloured stained glass window in the south wall of the church depicts St Magnus and the church on Egilsay where he was slain.

The church is very easy to reach. It is close to London Monument and within an easy walk of Monument tube station. 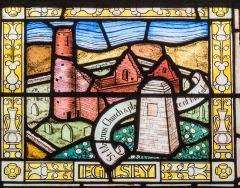 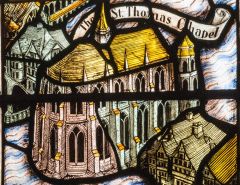 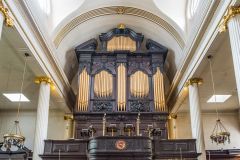 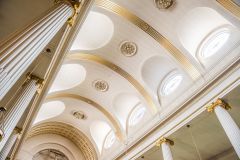 More self catering near St Magnus the Martyr

More bed and breakfasts near St Magnus the Martyr