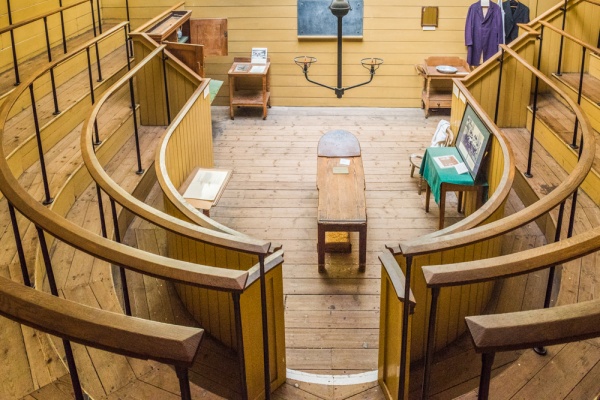 A fascinating museum based around the first purpose-built medical operating theatre in Europe, dating back to 1822. The 'theatre' is located in the space beneath the eaves of St Thomas's church, next to St Thomas Hospital in Southwark. 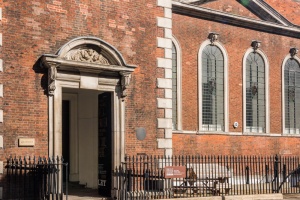 Some of the theatre fittings were dismantled, and the garret entrance was blocked up. It was not until 1956 that historian Raymond Russell investigated a narrow entrance from the church tower and discovered the operating theatre. The garret space was restored, and opened to the public in 1962.

Female patients were carried from the nearby hospital ward to the Theatre, where steep banks of seats were arranged for students. In the centre of the chamber is the operating bed, below a large skylight, providing as much natural light as possible to the surgeon.

Most of the cases treated here were amputations, or, at the opposite extreme, minor complaints. The reason for this discrepancy is that sanitary conditions were so poor that any internal procedure was simply too dangerous. 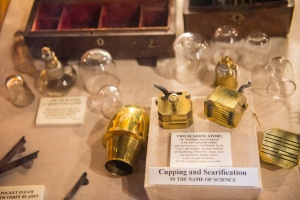 In the early decades of the Operating Theatre, the surgeons had no recourse to anaesthetic. It was only after 1846 that anaesthetic to dull pain began to be used as a normal part of treatment. Before that time the patient was simply plied with opiates or alcohol to dull the pain, and the surgeon worked as quickly as possible. The floor of the Theatre was strewn with sawdust to soak up blood and severed limbs, so you can imagine that the sanitary conditions were not what you would expect today, and mortality rates were high!

The garret was used to store and cure medicinal herbs for patient treatment. The Apothecary had an office and shop a few doors down on St Thomas Street, and used the Garret as a storehouse and drying space for his medicinal herbs.

When the Garret was restored, 4 opium poppies were found in the rafters, but that is our only real clue as to exactly what was stored and dried here. However, the Herb Garret has been stocked with our best guess at the kind of plants that would have been in common medical use during the 18th and 19th centuries. 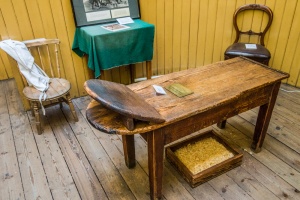 The operating table with sawdust underneath
for absorbing blood

I wasn't actually planning to visit the Old Operating Theatre; I was on my way somewhere else when I saw the small brown sign outside the door and thought, 'Hmm, this looks interesting'. I was right.

The museum is an amazing treasure-trove of medical history, from herbal medicines to early medical instruments. Visitors can trace the history of medical treatment over time - its enough to make you so glad you live today and not back then!

The operating theatre itself is a very sobering space; it is difficult to imagine that there was a time when amputating limbs in these conditions was considered modern medical practice. The museum is a real eye-opener in that respect, and it is fascinating to pour over the sometimes dusty jumble of old instruments and realise how medical issues were treated in centuries past. Highly recommended.

I've visited the Old Operating Theatre twice, and on my second visit, I discovered new and fascinating exhibits in the Herb Garret that I missed the first time around. This truly is an exceptionally interesting museum. It is well-placed for visiting other historic attractions in Southwark; the National Trust's 17th century George Inn is just a few minutes walk away on Borough High Street, and within 5 minutes are Southwark Cathedral, the Golden Hinde, and the original Clink Prison. 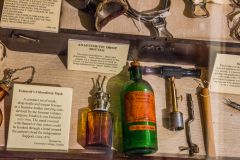 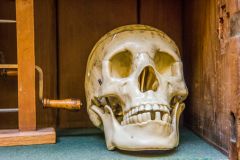 Note: You can get Free Entry to Old Operating Theatre Museum with the London Pass