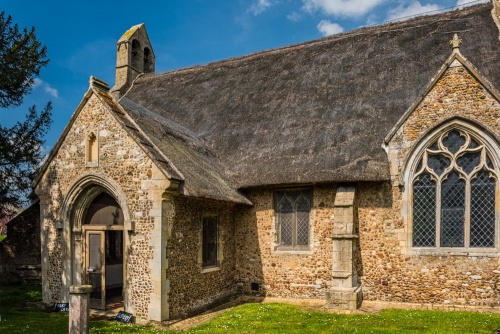 St Michael's Church, in the Cambridgeshire village of Longstanton, is a very simple country church of great beauty. St Michael's consists only of an aisled nave and chancel, roofed with thatch, with a double bell turret at the west end.

The nave is primarily 14th century, with alternating octagonal and rounded arcade pillars. One of the most interesting historical features of the interior is a very fine 13th-century double piscina set into the south wall of the chancel, near the altar. The piscina has a pair of drains and is very similar in style to one in Jesus College Chapel in Cambridge and the more elaborate ones at Histon. 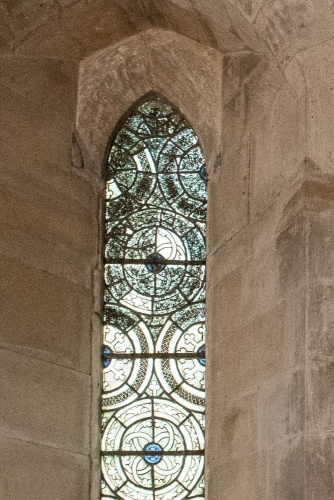 There are remnants of 13th-century glass in the westernmost window in the north wall of the chancel. Here the technique is not what would later be called 'stained glass', but rather 'grisaille', a form of painting over clear glass. I'm not aware of any parish church with an older example of such glass in England. That in itself makes St Michael's a bit special.

Only the top half of the window contains medieval glass. The remainder is a copy created to complete the design in 1917. 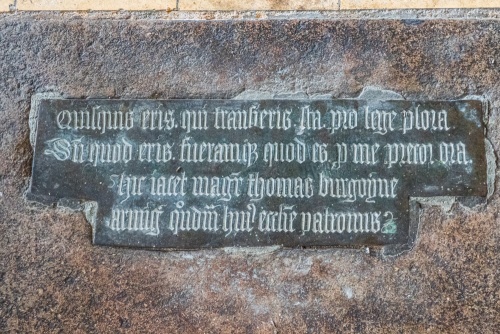 There is a small medieval section of a late 15th-century memorial brass to Thomas Burgoyne set into the chancel step, with an inscription in Latin. The inscription repeats the medieval warning of mortality, 'As you are now, so once was I; as I am, so will you be.'

At the west end of the church is a funeral bier. The font is a very simply carved design and dates to the 18th century. Most of the remaining furnishings date to a thorough restoration in 1883. 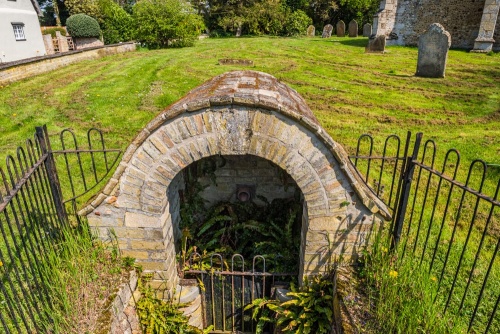 To the north of the burial ground, near the churchyard gate, is a fascinating holy well, now covered with a Victorian wellhead. According to tradition, local children were not baptised in the church font, but in this well. This tradition, which may have dated back to the medieval period, fell out of use in the late Victorian era.

The rear of the wellhead is pierced by an opening in the shape of a cross. The baptism ceremony would begin when sunlight passed through the opening and fell on the well beneath.

The presence of the well within the churchyard suggests that the well predates the church and that the church was built on a site near the well that was already considered sacred by local inhabitants. 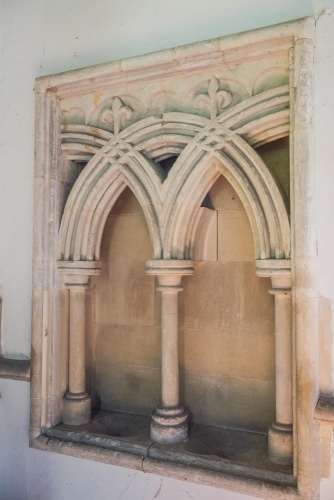 The church is no longer used for regular worship and is in the care of the Churches Conservation Trust. It is usually open during daylight hours and was open when we visited.

A few hundred yards away is the parish church of All Saints, a much larger and more resplendent building, which features the ornate 1658 tomb of Sir Thomas and Lady Hatton. All Saints is also home to a medieval wooden chest, brought from St Michael's Church. 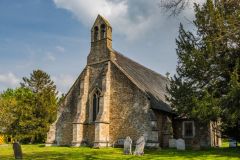 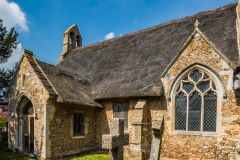 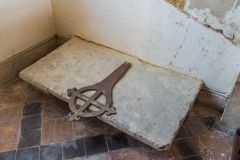 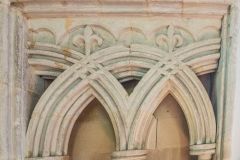 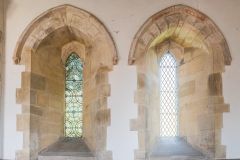 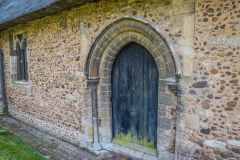 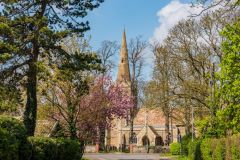