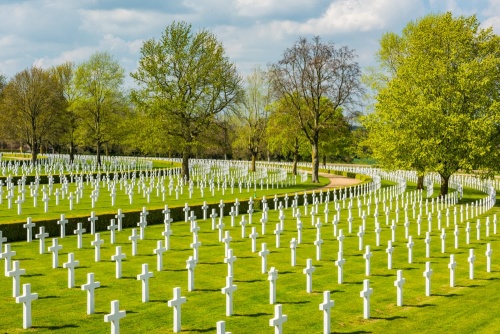 This simple and moving cemetery on the outskirts of Cambridge is the final resting place for Americans killed in World War II while serving in the UK. The 30-acre site was donated by the University of Cambridge.

Over 3,800 Americans are buried here, and the Wall of the Missing at the entrance lists the names of over 5,000 more whose bodies were never recovered or identified. There is a small chapel on the site and an exhibition centre telling the story of American war involvement on British soil.