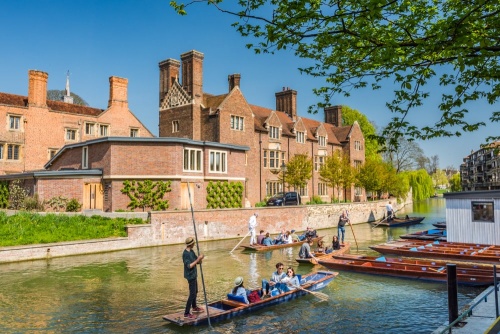 Magdalene College has the longest river frontage of any Cambridge college, despite the fact that it is one of the smaller colleges.

The history of Magdalene College goes back to 1428, when Crowland Abbey established a hostel for monks north of the river (further from the temptations of the town than the existing colleges). In the 1470s the abbeys of Ely, Ramsey and Walden joined Crowland in adding to the hostel and creating a chapel and communal buildings.

Financial support from the 2nd Duke of Buckingham resulted in a name change from Monk's Hostel to Buckingham College, and lay students were admitted.

The 3rd Duke of Buckingham added the Hall in 1519 before he, like his father, was executed for treason. Under the patronage of Thomas, Lord Audley, the college was refounded as the College of St Mary Magdalene in 1542. The coat of arms of Magdalene College, its motto "Garde ta Foy" ('Keep Faith') and wyvern crest, all derive from Lord Audley. 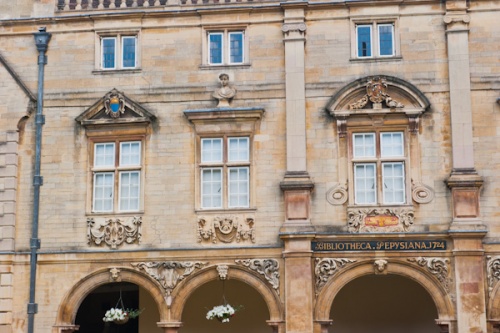 When Samuel Pepys died he left his collection of books to Magdalene, with an unusual stipulation. The books were to be inspected annually by Trinity College, and if they were found to be in poor condition Trinity would get to keep them. Thereafter Magdalene would inspect the books in Trinity's care with the same proviso. The books have never changed colleges.

The Library building in Second Court was planned in the 1640s but not finished until the early years of the following century. As a result it is a curious mix of classical and Jacobean styles, giving a different impression from different viewing angles.

The Library houses 3000 volumes, arranged according to size from smallest to largest, arranged in twelve 17th century oak bookcases. The library desk is reputed to be Pepys' own writing desk.

Included in the library collection are 7 printed books by William Caxton, and 8 by Wynkin de Worde. Pepys' own diary is housed here, in six volumes. 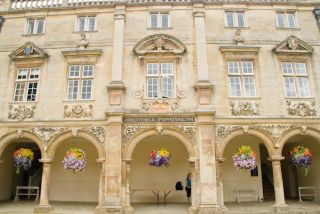 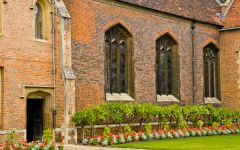 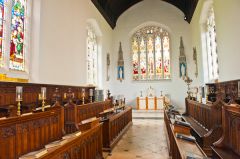 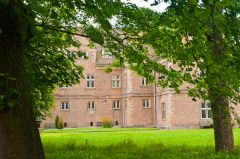 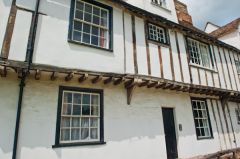 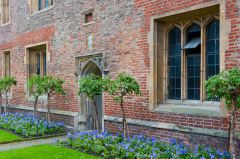 More self catering near Magdalene College