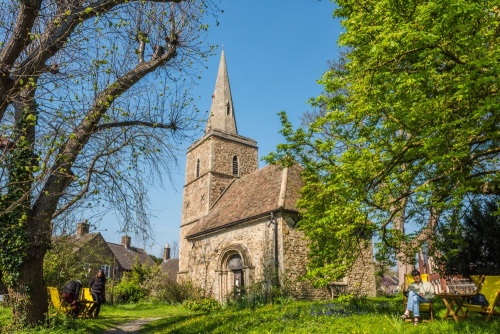 The first church on this site was built in the 11th century, along one of the main roads into Cambridge. The simple Norman building was expanded over the following centuries with the addition of a tower and spire.

In 1781 the old Norman nave and chancel were demolished and the current building was erected in its place. To their credit, the rebuilders re-used many of the original building materials in erecting the new, slightly smaller building.

A pair of doorways from the medieval church were salvaged, and set into the walls of the new Georgian church. The spire likely dates to this late Georgian renovation.

Another survivor of the early Norman church is the 11th-century font, which has fascinating carvings of mermen at each corner. Each merman holds the ends of his split tail up to form a symmetrical design with the next merman's tail. The Saxon bowl is set upon a simple 14th-century base. 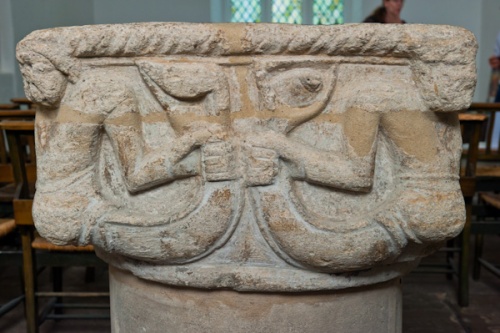 By the mid 20th century the church had fallen into decay. It took a public subscription undertaken by the Cambridge Preservation Society to raise enough money to restore the spire, and in 1971 the church was declared redundant and it is now cared for by the Churches Conservation Trust.

The building is extremely simple in plan, laid out in a rectangle with a west tower. It is built of flint and rubble, dressed with Barnack stone. Bits and pieces of Roman tile have been incorporated into the walls, and a section of Roman tile can be seen right beside the 13th-century south door. Look for the round-arched blocked doorway in the north wall. This late Saxon doorway was the original entrance to the church.

St Peter's is set apart from the bustle of central Cambridge and retains something of the feel of a country church. It is located beside Kettles Yard Gallery, where you will find excellent displays of 20th-century art. 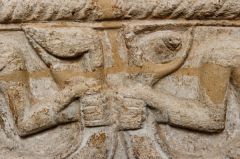 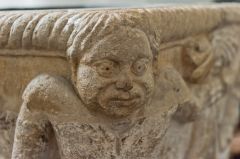 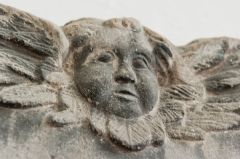