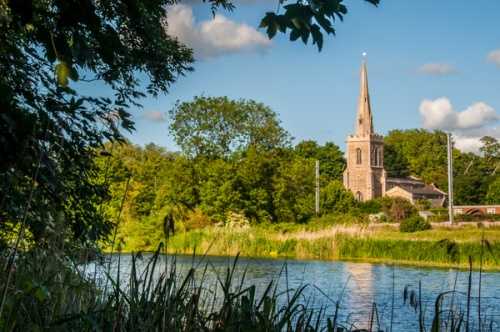 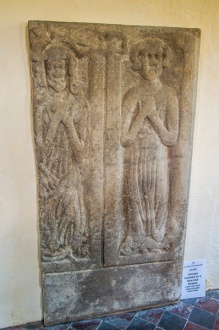 The building is constructed primarily of brown cobblestones. While the nave dates to the 12th century, the chancel was added between 1250 and 1270, and the tower and spire are 14th century. The arcades are superb, with 12th-century arches to the north and 14th-century arches to the south. At the east end of the church is a large stone coffin, of unknown date.

The south aisle, which dates to 1320, has some wonderfully carved corbel heads, including many likenesses of human faces. There are memorial brasses covering three centuries, with a brass of Sir Lawrence Pabenham in full armour, with his two wives clad in beautifully detailed costumes of about 1400. Nearby is a much less martial brass to Dr Taylard, an early 16th-century rector, who is depicted in his doctor's cap and academic robes.

Perhaps the finest memorial is the early 17th-century alabaster one dedicated to Richard Nailour, who died in 1616. His effigy is joined with those of his two wives and numerous offspring.

St Peter's church is no longer used for regular worship, though it is still consecrated. It is cared for by the Churches Conservation Trust in cooperation with a local charitable group.

NB. There seems to be some dispute over how to spell the name of Offord Darcy village. Many historical sources use the spelling I have used here, as do the Friends of St Peter's Offord Darcy, whose informative website is well worth visiting. The Ordnance Survey and Churches Conservation Trust, among others, stick an apostrophe into the name and call it Offord D'Arcy. Just so you know! 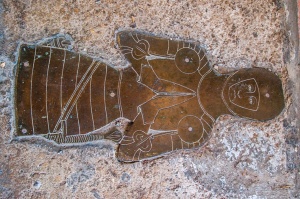 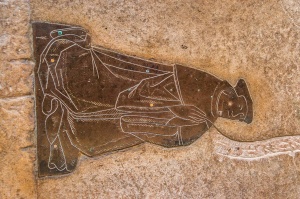 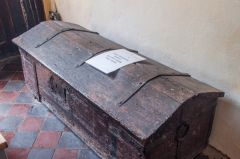 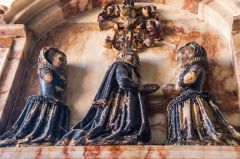