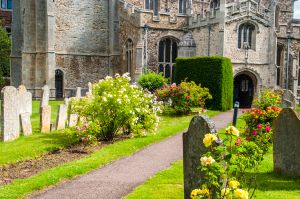 The parish church of St Mary in Buckden stands immediately beside Buckden Towers, the red brick palace that once belonged to the Bishops of Lincoln. The church was mentioned in the Domesday Book, but the oldest remains date to the late Norman period. The majority of the building is 15th century.

The south porch is 15th-century work and boasts a quite lovely vaulted ceiling with carved bosses. The porch once housed the village school, and you can still make out 17th-century graffiti carved by bored schoolboys.

The porch gives access to the south door, which is the oldest part of the church. The carved door columns date to around 1215. The door itself is probably 15th century. Just inside the church is the font, a fairly sedate, plain structure dated to the 15th century.

Beside the font is the parvise door, built to give access to the small chamber above the porch. The parvise once housed a valuable library owned by the Bishops of Lincoln. The door dates to 1485 and has a lovely old 15th-century handle.

The nave arcade is 15th century, It features numerous carved stone grotesques, among them ladies heads which illustrate period hairstyles and fashionable headwear. The east and west windows in the south aisle have some bits of original 15th-century stained glass, dating to 1440.

This was probably the work of the Norwich school of glaziers. High on the west end of the north aisle wall is a carved stone face which may date to the Norman period. It was certainly not intended to be there; the stone was likely used as rubble infill when the wall was built around 1480. 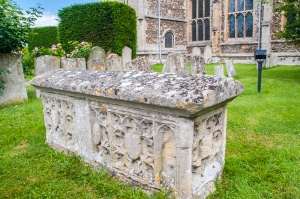 The carved oak pulpit is Jacobean, and even earlier carving is on display in the chancel, where the angel roof features beautifully carved early 15th century angels holding psalters and tablets. There is a 13th-century piscina against the south wall, and a lovely three-seat sedilia.

There is a pair of monuments to Bishops of Lincoln; one to Bishop Thomas Barlow (d.1613). Though Bishop of Lincoln, Barlow spent so much time at Buckden that he was popularly known as the 'Bishop of Buckden'. At the foot of the altar is a monument to Bishop Robert Sanderson (d. 1663), author of the Preface to the 1662 Prayer Book.

In the south aisle is an old altar table dating to at least 1660, when it served as the main altar. Look up from the altar and you will see a wonderful set of angel carvings in the south aisle roof. The church guide describes these as an angel orchestra, for each angel carries a unique musical instrument, among them a tabor, dulcimer, viol, lute, and hurdy-gurdy. The instruments are thought to be those played by the church band at the time!

One final feature of historic interest must be mentioned. Outside in the churchyard, about 20 metres south-east of the south porch, is a worn medieval table tomb. The inscription is too weathered to decipher, but the tomb is that of two young Dukes of Suffolk, who tragically died within minutes of each other while visiting Buckden.

On the 10th day of July 1551, Henry Brandon, Duke of Suffolk, came to Buckden Bishop's Palace with his young brother, Charles. Duke Henry was only 15 years old, and Charles a year younger. Henry contracted a lethal form of hantavirus known then as 'English Sweat', and died the following day. Poor Charles followed him to the grave only 20 minutes later. Charles, Duke of Suffolk thus became the shortest-lived peer in English history. 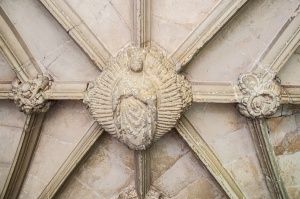 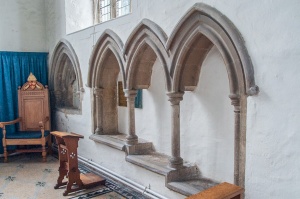 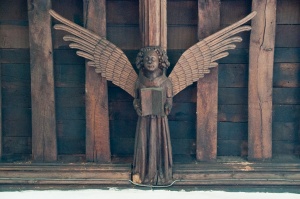 A carved angel figure in the south aisle 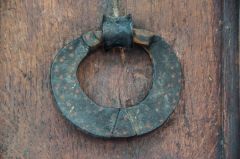 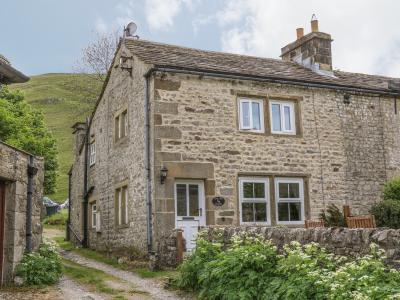 This end-terrace cottage rests on the outskirts of Buckden and sleeps up to four people in two bedrooms.
Sleeps 4

This 17th Century detached stone built farmhouse is in the village of Buckden, close to the town of Hawes in the Yorkshire Dales and sleeps eleven people in five bedrooms.
Sleeps 12