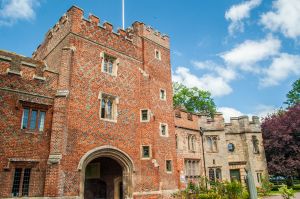 Buckden Towers, originally known as Buckden Palace, was an important residence belonging to the powerful Bishops of Lincoln. The first residence at Buckden would have been built of wood. Around 1225 Bishop Hugh de Wells built a new house of stone.

This house was extended by the influential bishop, Robert Grosseteste, who added a great hall. A devastating fire in 1291 destroyed most of the 13th-century buildings, of which only the foundations remain.

The final stage of construction took place under the direction of Bishop John Russell (1480-1494). Bishop Russell's coat of arms can be seen on the Inner Gatehouse. To this was added a new chapel by Bishop William Smith (1495-1514) one of the founders of Brasenose College, Oxford.

The palace fell into disrepair in the 17th century, especially after Bishop John Williams (1625-1642) was imprisoned by Charles I. The palace was seized by Parliament during the Civil War and sold to Sir Christopher Pecke, former Lord Mayor of London. After the Restoration of the monarchy in 1660, the palace was returned to the See of Lincoln. 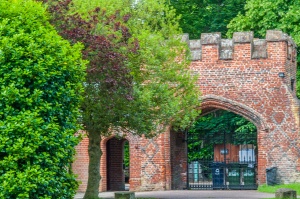 Indeed, a subsequent bishop, Bishop Barlow, spent so much time at Buckden that he was widely known as the Bishop of Buckden! He died here and was buried in the parish church of St Mary, located just behind the wall of the Towers.

In 1838 a good part of the palace was pulled down and the stone sold as building material. In 1872 the then owner, Arthur Wellington Marshall, built Victorian House, later called Buckden Towers, on the north side of the inner courtyard. The new structure was designed by Robert Edis, who was the architect for the original Sandringham House.

Abortive attempts to rebuild the palace were made during the 20th century, and it was used as a residence, convalescent home, and a hostel for farm workers. Eventually, in 1956, the palace passed to the Claretian missionaries, who gradually restored many of the original buildings and built a new chapel.

Buckden Towers is now used by the Claretian order as a retreat centre and residential study facility. At present Buckden Towers is open for visitors to stroll the grounds during daylight hours, but there is not normally any access to the interior of the buildings. This is a truly lovely Elizabethan complex of buildings and makes a wonderful sight next to the parish church next door. 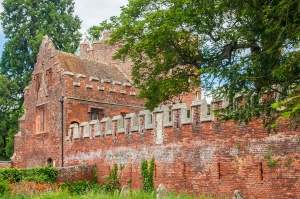 Buckden Palace wall from the churchyard 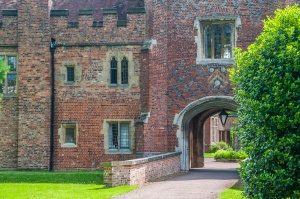 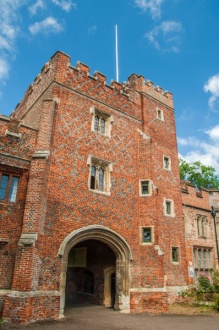 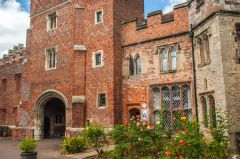 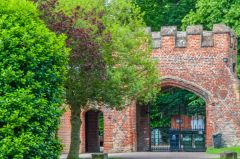 More self catering near Buckden Towers >> 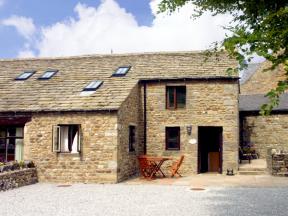 Able to sleep four people in style and comfort, this two bedroom property in the hamlet of Hubberholme is close to the towns of Grassington and Skipton.
Sleeps 4 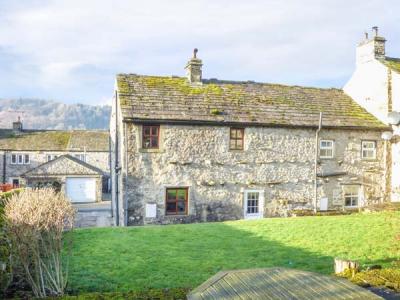 This stone-built end-terrace cottage is in the village of Buckden near Kettlewell in Yorkshire and can sleep four people in two bedrooms.
Sleeps 4