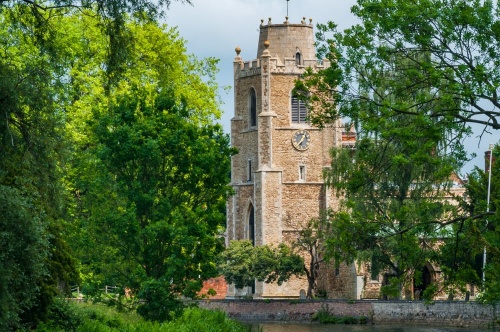 The medieval Church of St James in Hemingford Grey stands in a glorious location beside the River Great Ouse. The church's website references its location: churchbytheriver.org.uk.

The church was begun around 1160, possibly by a nobleman named Payne de Hemingford, who was also responsible for the nearby manor house, one of the earliest surviving examples of domestic architecture in the county.

That first church was very simple, consisting of a nave and chancel, a north aisle, and a central tower. Of this original building, only the two westernmost bays of the nave remain. 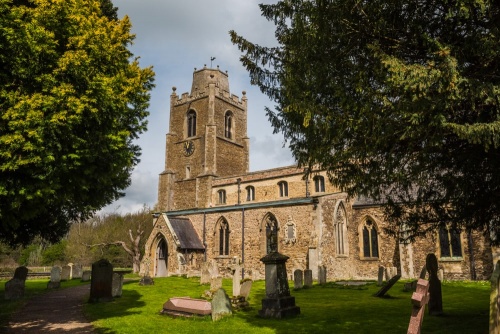 A south aisle was added in the 13th century, and later in that century the central tower was pulled down and the aisles lengthened. The west tower was built in the 14th century and around 1500 the roof was raised and a clerestory inserted.

The church spire was blown down in a storm in 1741, giving the tower its unusual look. The spire was truncated near its base and topped by a series of ball finials. 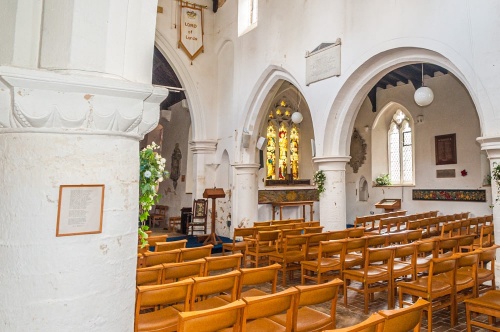 Looking across the nave

The 13th-century chancel boasts a 14th-century double piscina in the south wall, and several original single-lancet windows. The nave is a study in changing architectural styles during the medieval period. The rounded middle arch dates to the 12th century, the eastern arch to the 13th century and the western arch to the 14th century.

By contrast, the clerestory has four early Tudor windows on each side. 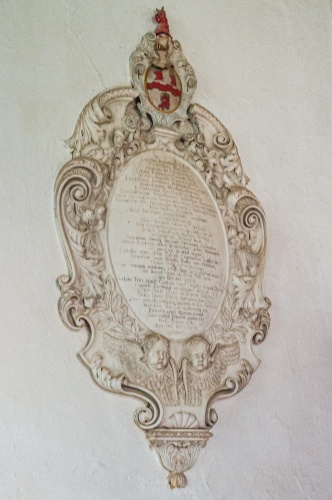 Most of the monuments date to the 18th century. The earliest is a floor slab in the south aisle remembering William Mason (d 1659). Another floor slab commemorates Holland Hughes (d 1723), who served as vicar of Hemingford Grey. Another 18th-century floor slab is set into the chancel floor, in memory of Rev James Johnson, another vicar, who died in 1727.

There is a 17th-century parish chest and a communion table of the same period. The oldest stained glass is Victorian. Several windows act as memorials; in the south aisle is a stained glass window in honour of Mary Rachael Geldart (d 1890), wife of Rev JW Geldart, and in the chancel is a window commemorating John Lawrence (d 1864). In the nave is a memorial to local men who died in WWI. 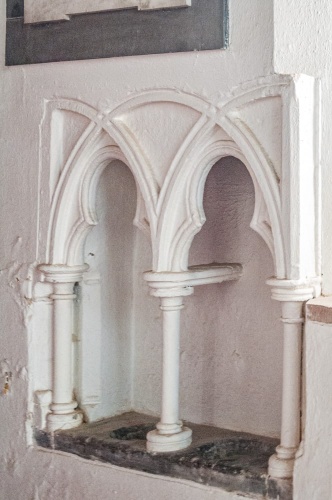 Other online sources mention a modern font, but when we visited there was a font that was clearly medieval, probably original, with plain octagonal sides, supported on a worn stone plinth.

The last burial in the churchyard took place in 1889. Since then, burials have taken place at the new cemetery on Pound Road.

St James' Church is a delightful riverside church in an unforgettable location. 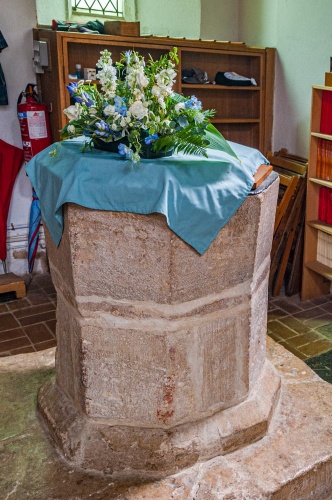 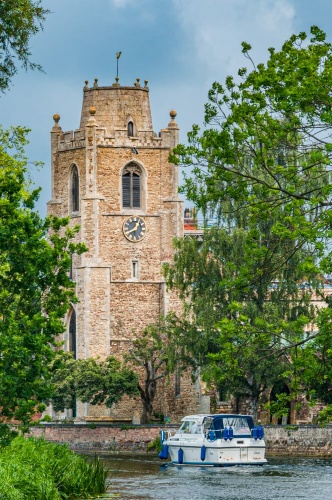 The church from the river bank

St James' Church stands at the end of Church Street, on the south bank of the river. There is a very small parking area outside the church gates. Many people (like us) don't come by car, but instead, will visit the church by following the riverside path from St Ives or from Houghton Mill (our preference).

The view of the church as you approach from the direction of Hemingford Abbots is a classic Fenland scene, with boats on the river and the church tower glimpsed among leafy green branches. The riverside trail leads to within a stone's throw of the church before turning away from the river to loop around the burial ground and passes directly in front of the churchyard gates.