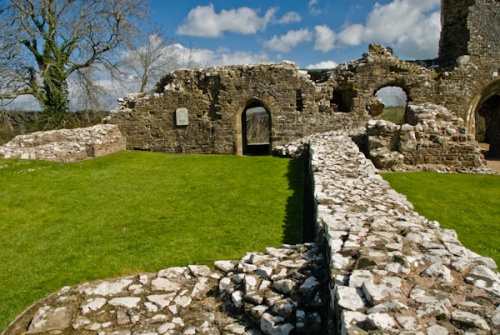 Llawhaden Castle was at the centre of the bishops of St David's estates and acted as a combination residence, military fortress, and administrative centre for the powerful bishops of St Davids. Destroyed by Welsh in 1192, it was then rebuilt in stone in the 1200's and further reconstructed in the 14th century into a fortified mansion for the bishops.

The first fortification here was a simple earthwork and timber ringwork enclosure, built about 1115. At that time Llawhaden was on the border of lands occupied by the Welsh natives and the invading Normans and their Flemish allies.

After Llawhaden was sacked by the Welsh in 1192/3 it was not rebuilt until the Normans finally gained control over the area in the early 13th century. At that time the castle was surrounded by a masonry curtain wall and several of the still-impressive towers were built. 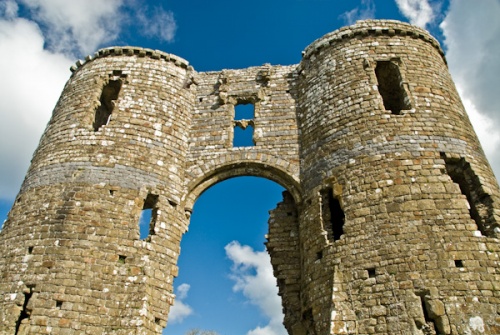 Bishop Bek of St Davids established a borough at Llawhaden, and added a hospital in 1287. The next real phase of building at Llawhaden took place under the aegis of Archbishop Adam de Houghton in 1362-89. Many of the buildings we see today date from Houghton's era.

The bishops stopped using it as a residence in the 15th century, but it continued as a prison and administrative centre until the Reformation. By the late 16th century it was falling into decay. 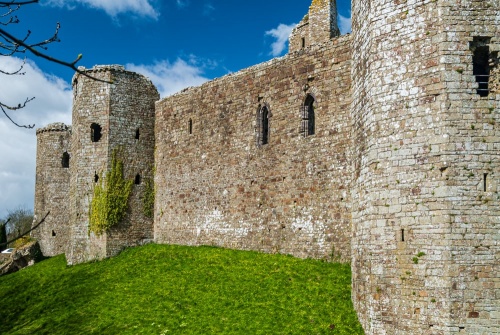 The curtain wall and mural towers

The ruins include a very impressive twin-towered gatehouse, remains of a great hall, undercroft, chapel, and prison, surrounded by a ditch. There are two very well-preserved polygonal towers, and the lower parts of a round 13th-century tower.

Our Verdict: The village is exceptionally pretty, and the ruins of Llawhaden Castle are a delight to explore. Well worth a trip to see. 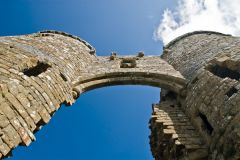 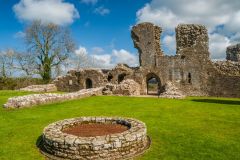 More self catering near Llawhaden Castle >>