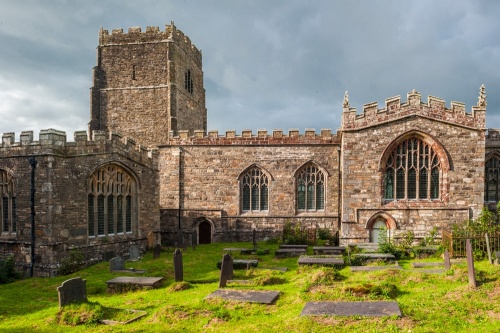 St Bueno was the most prominent of the Celtic saints. Of royal birth, he was descended from the princes of Powys. Bueno founded a clas, a sort of cross between a college and a monastery, at Clynnog Fawr around 630 AD. The clas became an important centre of learning for the area and became a gathering place for pilgrims on their way to Bardsey Island.

The church at Clynnog Fawr stands out like a beacon from the A499 that leads past the village. It has indeed been a beacon for centuries, a traditional stopping place for pilgrims on their way from Caernarfon to Bardsey Island at the tip of the Lleyn peninsula.

This is a large Perpendicular church with a very fine timber roof, 16th-century choir stalls and screen, a barrel-vaulted passageway, and a 16th-century chapel. 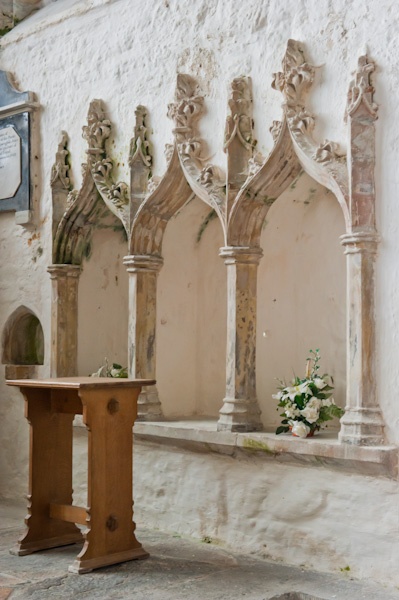 The church was built in the 16th century, but it stands on top of much earlier foundations laid down by St Bueno in the 7th century. It seems probable that the church was made possible by money gathered from pilgrims. One of the treasures of St Bueno's is a peculiar wooden chest, fashioned from a solid tree trunk. It is probably medieval, though local tradition says that it was fashioned by Bueno himself.

Beside the main church, and joined to the bell tower, is St Bueno's chapel, which contains an inscribed 8th-century cross known as St Bueno's Stone. Outside the chapel is a 10th-century sundial carved into the face of a standing stone.

The sundial probably dates to the 10th or 11th century. It was for many years used as a footbridge across the Glan-Mor mill stream at Aberdesach. It was later used to support milk pails at Llyngele Farm. It was returned to Clynnog Fawr churchyard in 1930.

The sundial face is etched with three lines, dividing a semicircle into four parts, the traditional method used in Saxon time to divide each 24 hour period into 8 equal parts, or tides. 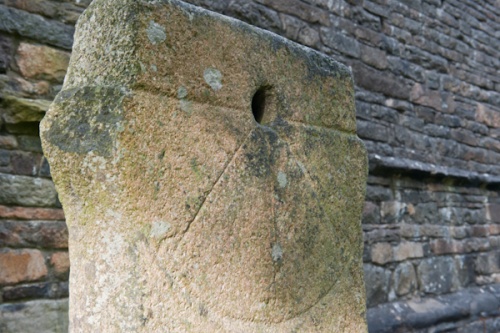 Other features include a memorial brass to a member of the Lleuar family. Such brasses are rare in north Wales. The rood screen is medieval, though it has been much restored. On the wall is a curious set of 19th-century 'dog tongs' for removing unruly canines from church services.

Within the chancel is a lovely set of choir stalls dating to the very early 16th century. The stalls are nicely carved with curious faces and misericords. There is also a finely worked sedilia near the altar.

A short walk from the church, at the south-western edge of the village, is St Bueno's Well, an ancient holy well whose waters are said to have curative properties. 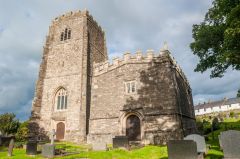 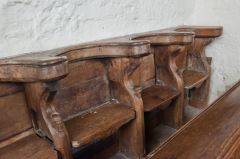 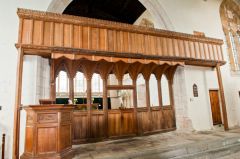 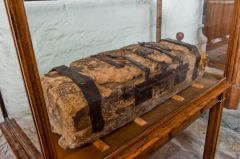 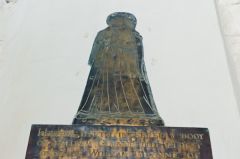 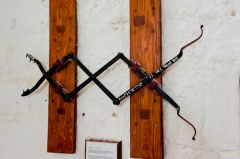 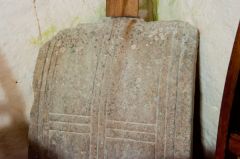 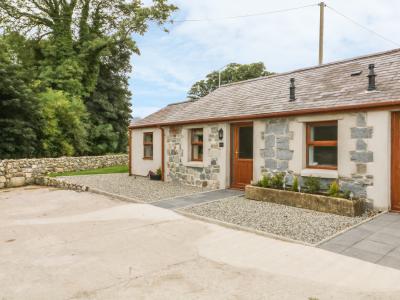 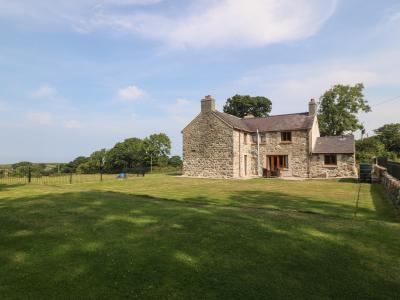 This marvellous detached house rests in Pontllyfni near Clynnog Fawr, Gwynedd and can sleep eight people in four bedrooms.
Sleeps 8